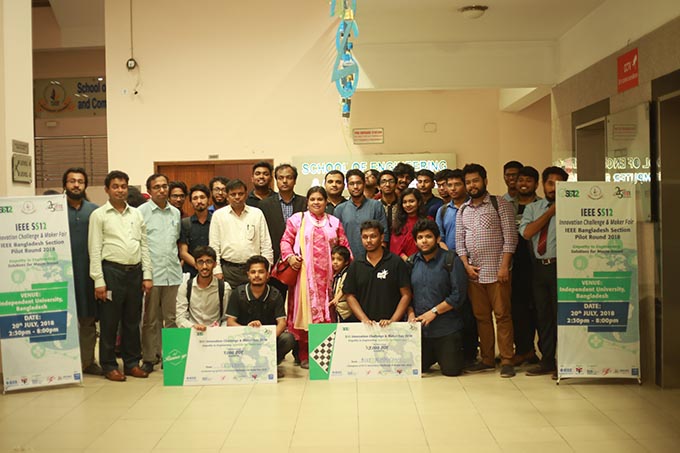 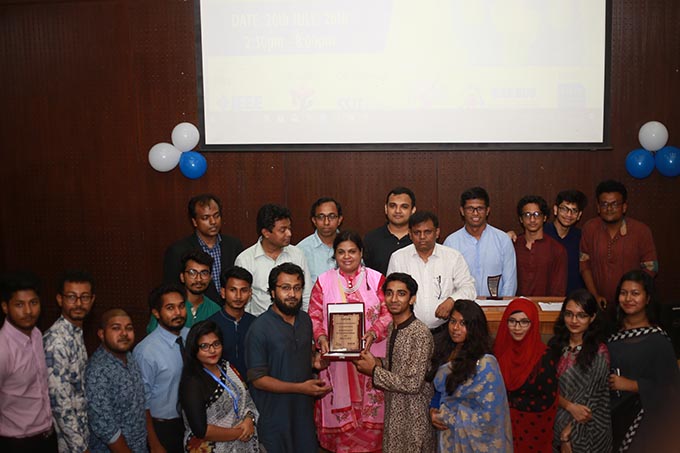 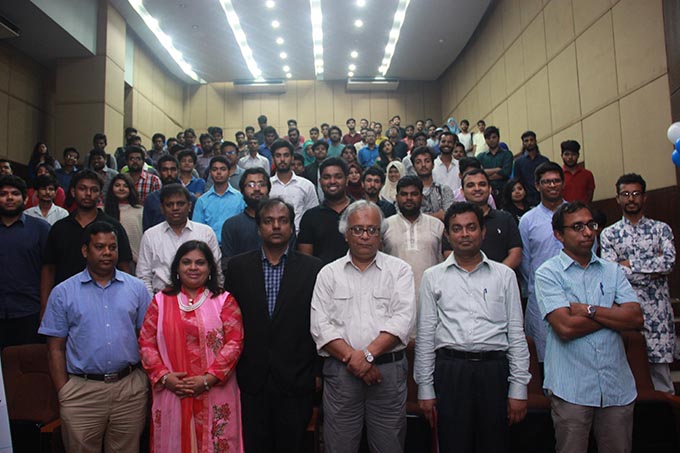 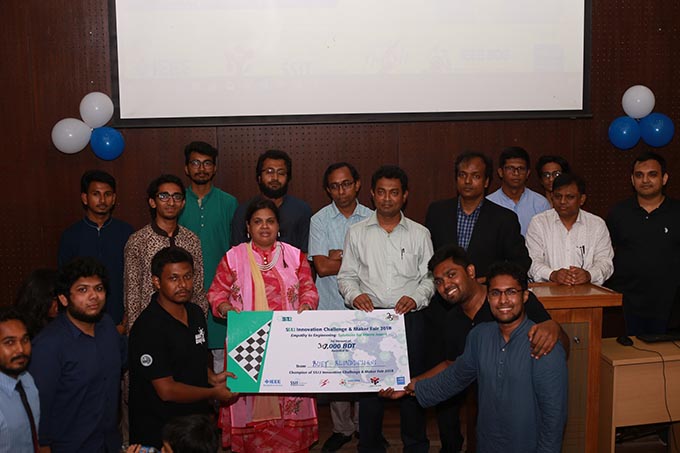 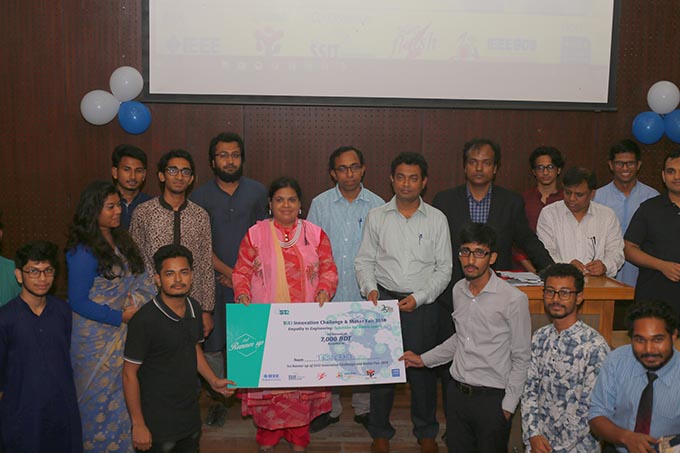 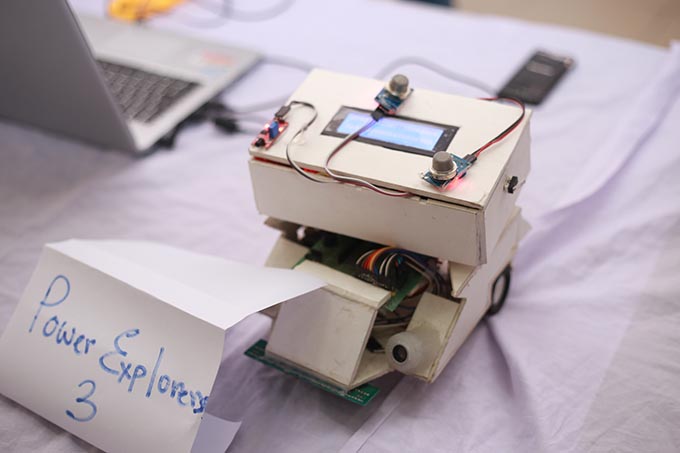 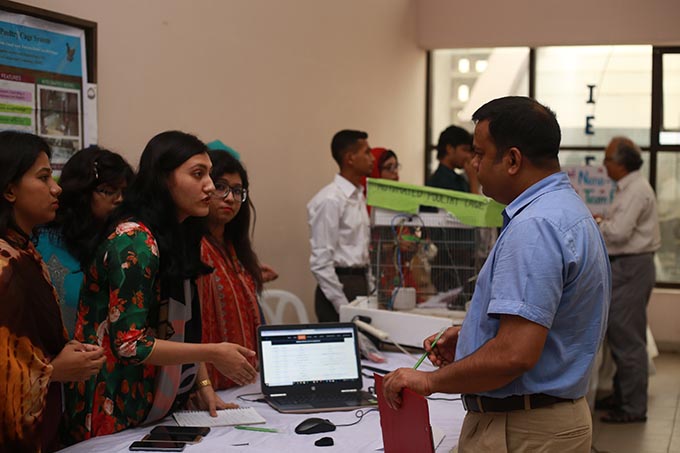 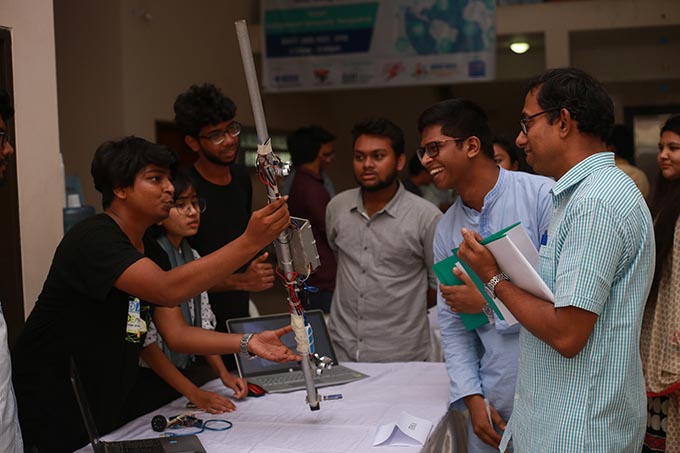 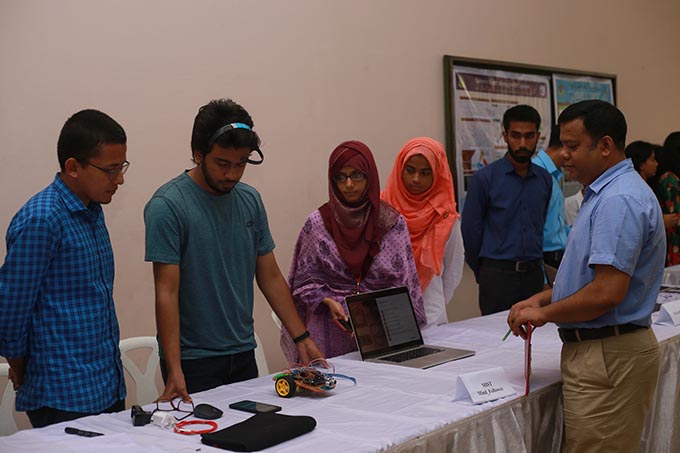 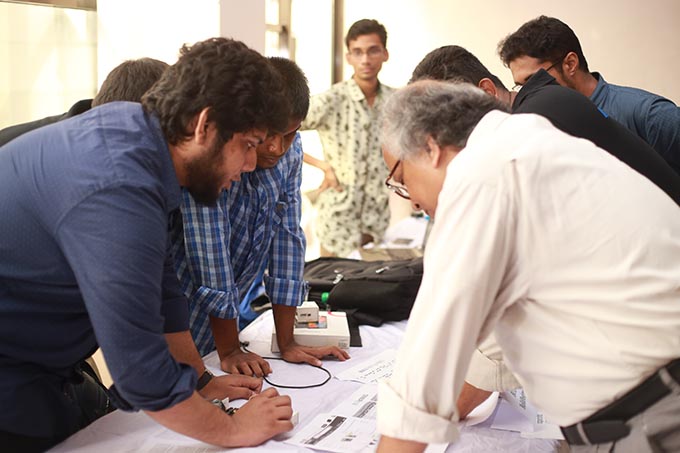 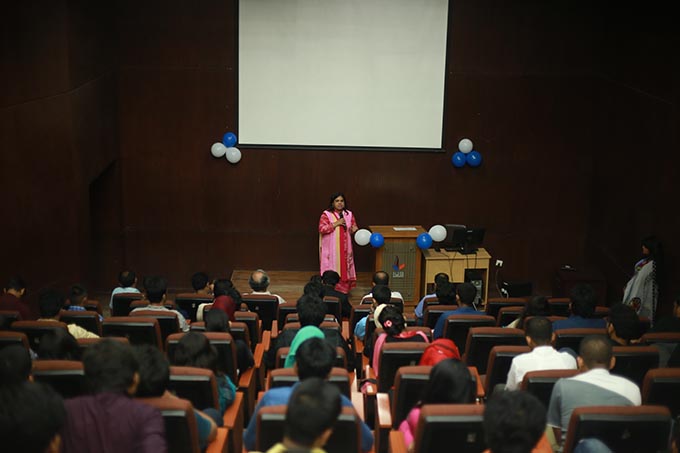 In a time where every new innovation has a goal to help create a more sustainable future, IEEE gives the chance to the new innovators to show what they can do to help that cause through SS12 innovation challenge. And with IEEE’s vision in mind, IEEE Bangladesh Section, along with the IEEE IUB Student Branch jointly organized the IEEE Bangladesh Section Pilot Round of SS12 Innovation Challenge and Maker Fair 2018 at Independent University, Bangladesh on 20th July 2018 which was co-sponsored by IUB FabLab. The outreach of this particular event was nationwide. Universities and colleges from all around the country submitted their projects. After an initial screening, only 30 projects were selected for showcasing in the final round.
The event started with a grooming session by Prof. Shaikh Anowarul Fattah from BUET. By delivering inspiring words to the students, Prof. Mohammed Anwer, Dean of the School of Engineering & Computer Science of IUB and Dr. M. Abdur Razzak, the Mentor of IEEE IUB Student Branch gave their remarks about the project competitions and maker fair. Prof Celia Shahnaz, Chair of IEEE Bangladesh Section formally inaugurated the competition.
The crowd of brilliant minds from around the nation started filling up the SECS level 4 lobby of Independent University, Bangladesh. The lobby soon turned into a heaven of innovation and new sustainable ideas. People started crowding different projects of their interest, where 30 projects were showcased with around 100 participants from different universities of Bangladesh. Few of the greatest minds in the engineering field of our country were selected to judge the competition. After a rigorous judging session of more than five hours, the winners were selected by 8 judges separately. BUET BlindDesigns, Tesseract, MIST_x86, Technocrats and Luminaire were declared first, second, third, fourth and fifth winner of the competition, respectively. The winners were handed over the prize money and also they were awarded the agreement with collaboration and full support from IUB FabLab. The winner will fly to Colombo, Srilanka in September for the final round of SS12 Project Competition and Maker Fair 2018. The event closed with a big smile from the nationwide crowd who were here to celebrate innovation and the advancement of the country.