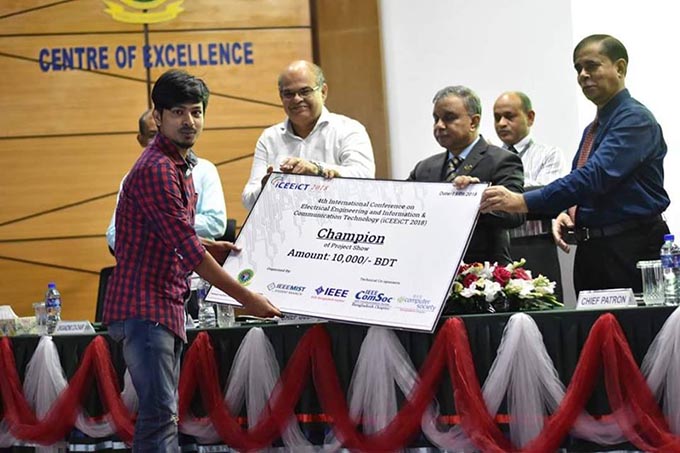 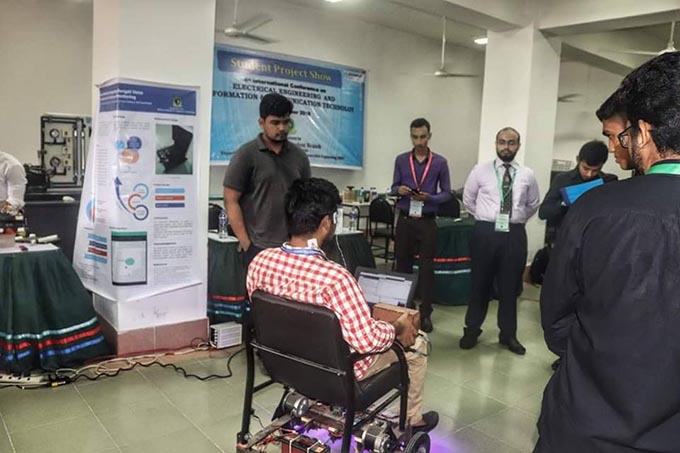 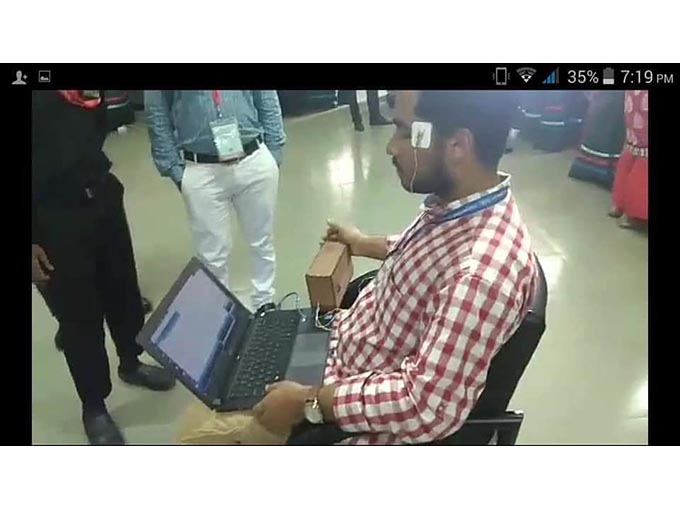 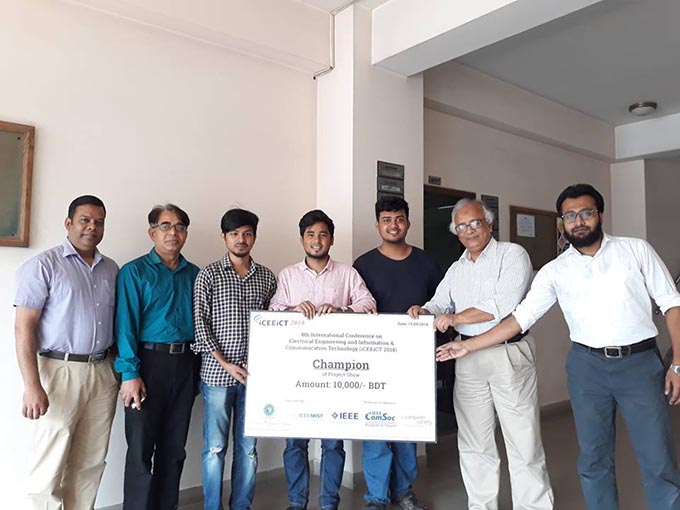 An “Inter University Project Competition”, organized by Department of EECE, MIST and IEEE MIST Student Branch on the occasion of 4th International Conference on Electrical Engineering and Information & Communication Technology (iCEEiCT-2018), was held at MIST premises on 14thSeptember 2018. Initially, project proposals were requested from the university students to make a platform for them to showcase their innovative ideas in front of a number of national and international renowned researchers, authors, participants, entrepreneurs, industrialists, young professionals and students from different universities. A total of 18 teams were finally selected for project demonstration after primary screening of the project proposal reports submitted by the interested teams before 30thAugust. A 3-member team from the EEE department of IUB led by Mr. Fahim Bhuiyan along with Md. Ahsan-Ul Kabir Shawon and Nazmus Sakib successfully demonstrated their project which was able to attract the attention of a large group of audience from home and abroad. The project title was “Electrooculography (EOG) Controlled Electric Wheelchair”. EOG is a technique for measuring the corneo-retinal standing potential that exists between the front and the back of the human eye. In this project, a physically challenged person suffering from Quadriplegia (Quadriplegia is a form of paralysis caused by serious neurological disease or severe brain/spinal cord injury that results in the partial or total loss of use of all four limbs where the affected person lost both of his/her sensation and control) can control the movement of an in-house built (IUB) custom electric wheel chair using his/her eye movements while sitting in the wheel chair. The whole system was designed, developed and implemented at the lab of EEE Dept. of IUB under the guidance of Prof. Dr. Khosru M Salim, Head of EEE Dept. and Dr. Md. Kafiul Islam, Asst. Prof. of EEE Dept., with locally available resources and with relatively lower cost compared to the commercially available electric wheelchairs. Attractive prizes were awarded to the Champion, First runner up and Second runner up team during the Prize Giving Ceremony held on 15th September. The EEE team finally grabbed the First Place and became Champion among the 18 teams with the Prize Money of Taka 10,000.