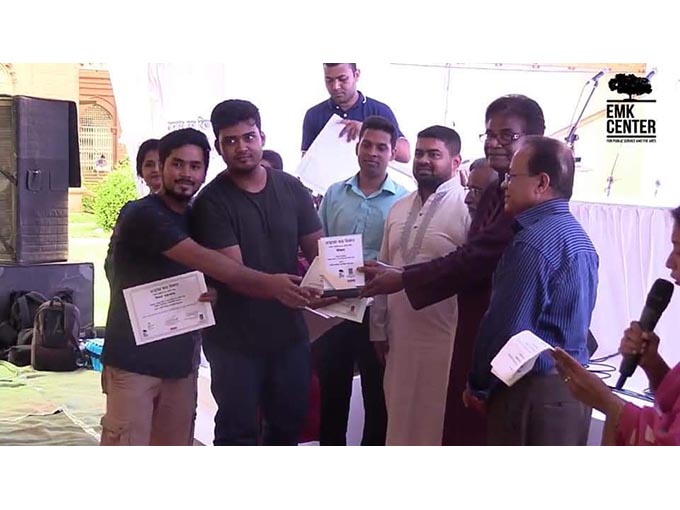 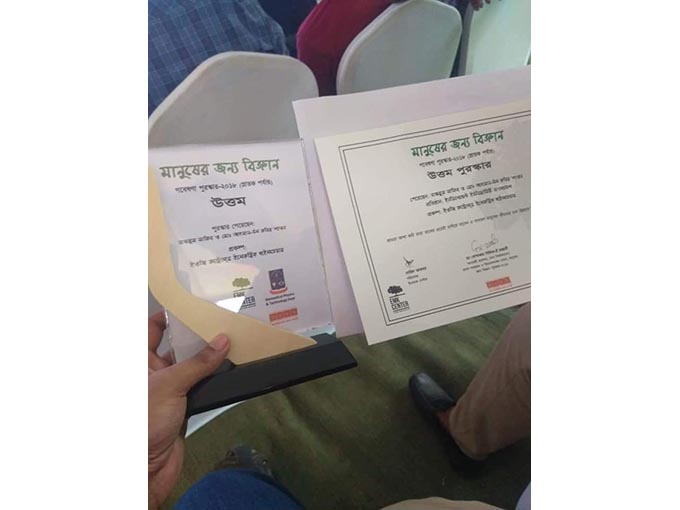 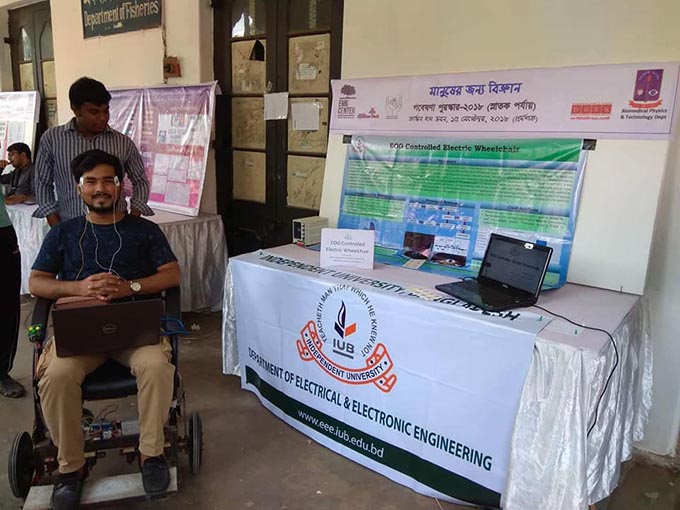 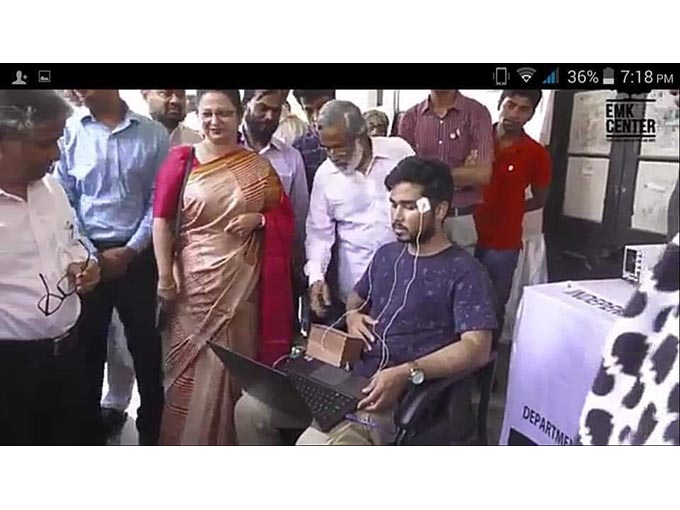 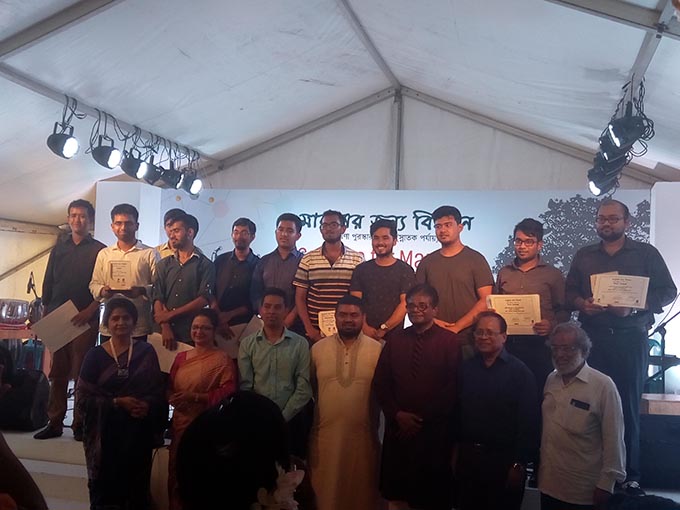 Science & Technology research aiming at improvement of the quality of life of the common people is a moral responsibility of the educated persons of the country. To motivate the younger generation to such research, Department of Biomedical Physics & Technology of the University of Dhaka, Dhaka University Science Society, Relevant Science & Technology Society, and EMK Centre, Dhaka, Bangladesh have jointly introduced this award, entitled, ‘Manusher Jonno Biggan’, meaning, 'Science for mankind’. Seven projects those passed two levels of evaluation were invited for exhibition in the final round on September 15, 2018 at Curzon Hall premises of Dhaka University. These projects have been judged by four distinguished scientists and place them in three categories, Top (Uttom), Middle (Moddhom) and Satisfactory (Shontoshjonok), for the award. One of the seven teams was unable to attend and five projects among the demonstrated six, were given awards: two in Top category, one in Middle category and two in Satisfactory category.
A 2-member team from the EEE department of IUB, Nazmus Sakib and Md. Ahsan-Ul Kabir Shawon, successfully demonstrated their project titled “Electrooculography (EOG) Controlled Electric Wheelchair”, which was able to attract the attention of a large group of audience. EOG is a technique for measuring the corneo-retinal standing potential that exists between the front and the back of the human eye. In this project, a physically challenged person suffering from Quadriplegia (Quadriplegia is a form of paralysis caused by serious neurological disease or severe brain/spinal cord injury that results in the partial or total loss of use of all four limbs where the affected person lost both of his/her sensation and control) can control the movement of an in-house (IUB) built custom electric wheel chair using his/her eye movements while sitting in the wheel chair. The whole system was designed, developed and implemented at the EEE lab of IUB with locally available resources at a lower cost compared to the commercially available electric wheelchair. The EEE team finally grabbed the Top Category Prize (undergraduate level) jointly with another team from DU whose project was on “Intelligent Formalin Detection System” among the 6 teams demonstrated their projects in the final round.
Professor Md. Akhtaruzzaman, Vice Chancellor of the University of Dhaka inaugurated the event as the Chief Guest and Ms Julie Nickles, Cultural Affairs Officer, US Embassy, Dhaka was present in the event as the Special Guest. The exhibition was made open to public at 11 am and Professor Mohammad Abdul Aziz, Dean, Faculty of Science, University of Dhaka was the Chief Guest at the Award giving ceremony. The whole programme had been carried out under the leadership of Dr. K Siddique-e Rabbani, Honorary Professor of the Department of Biomedical Physics & Technology of the University of Dhaka, as the Chief Coordinator.