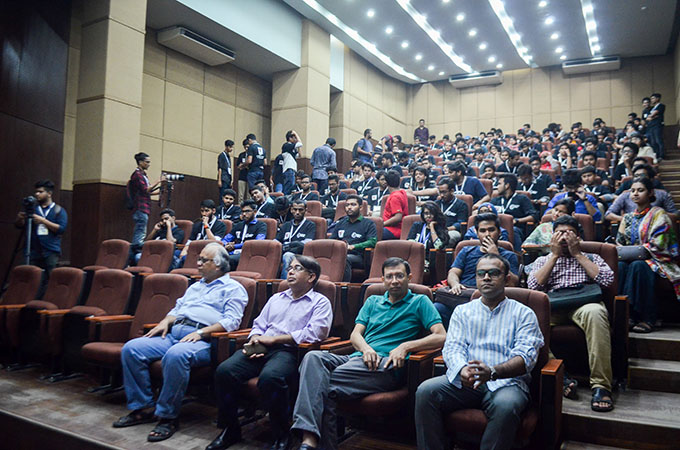 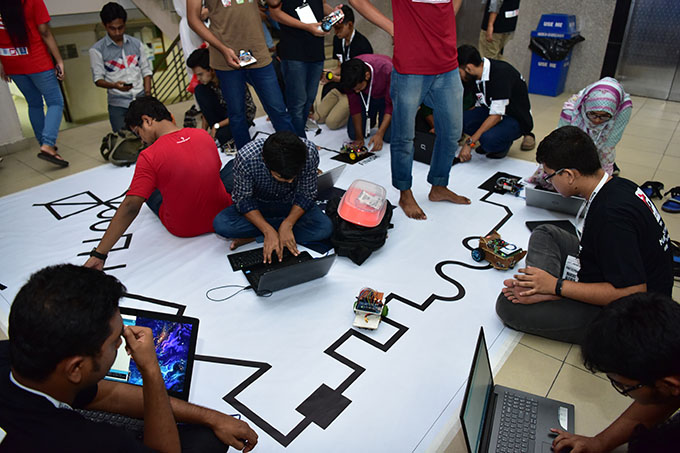 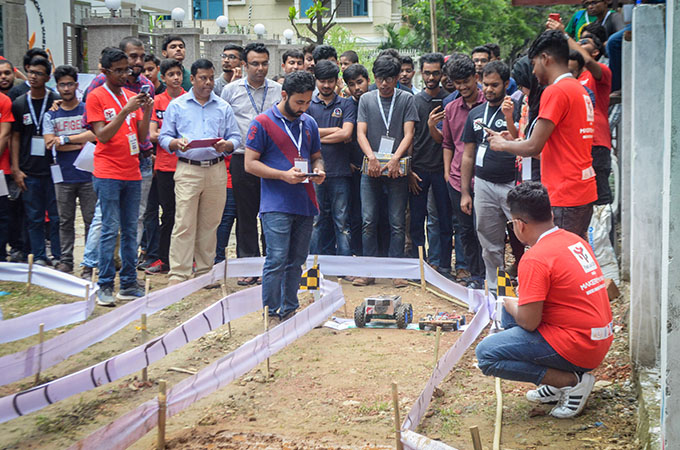 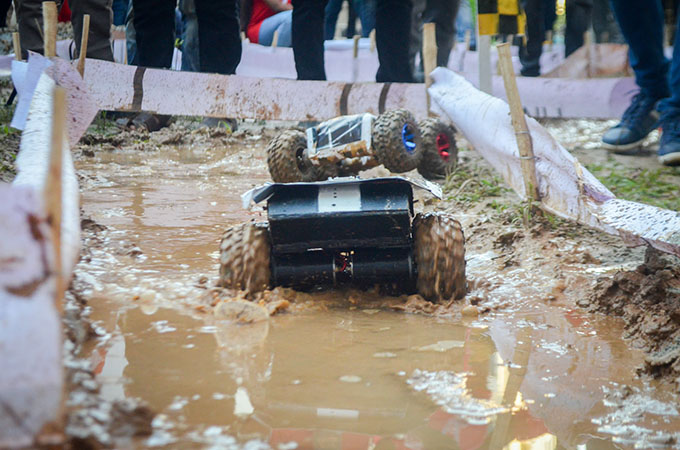 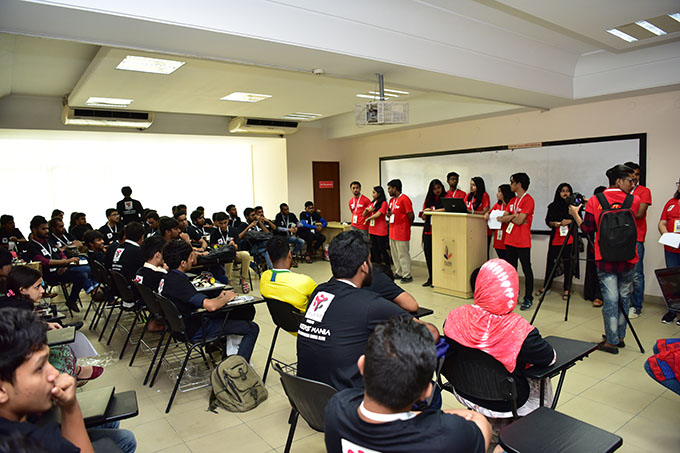 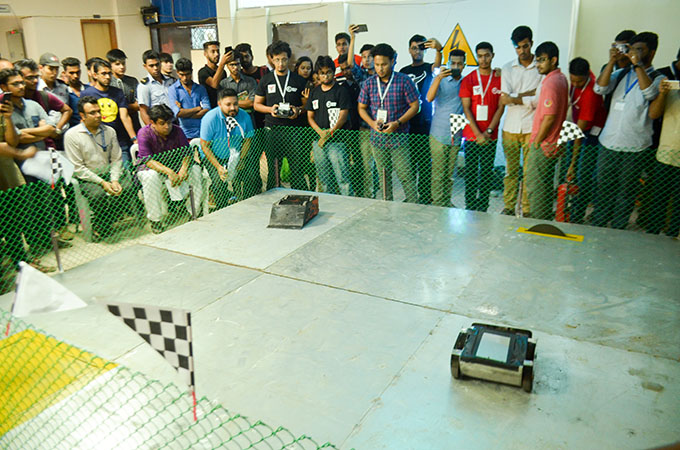 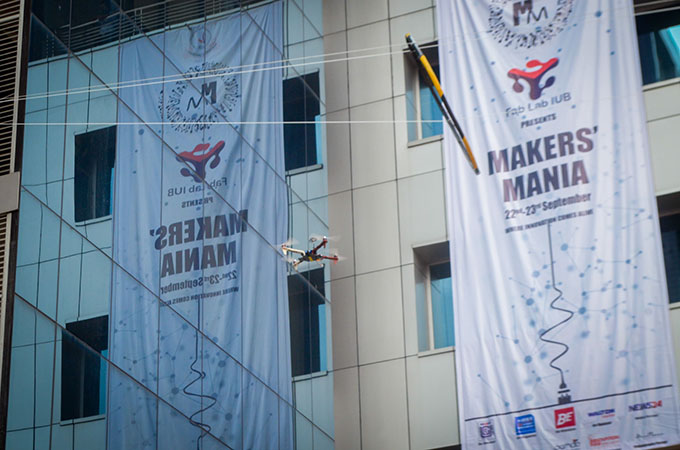 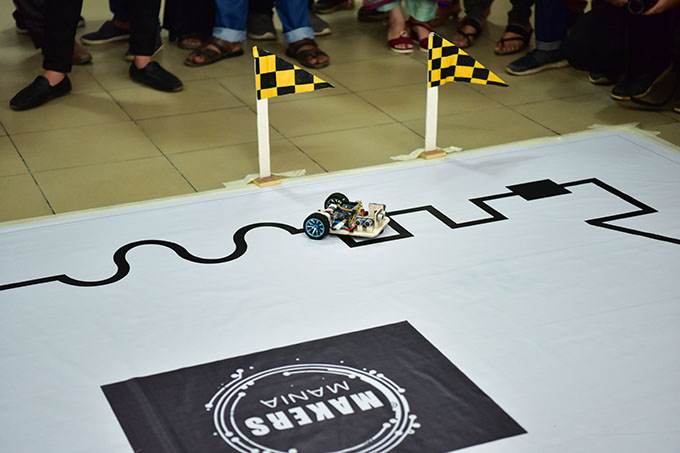 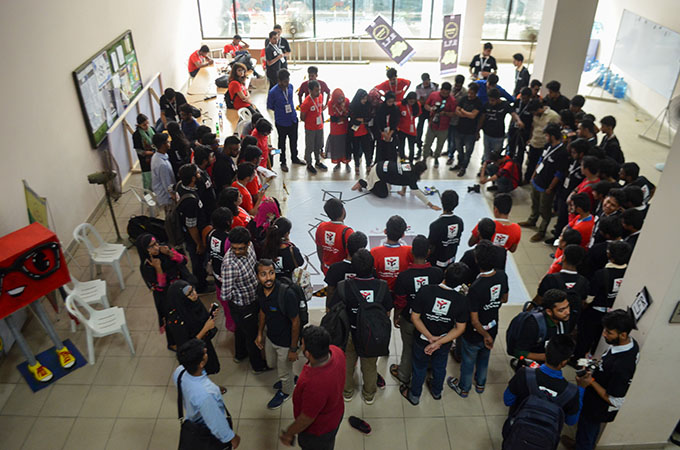 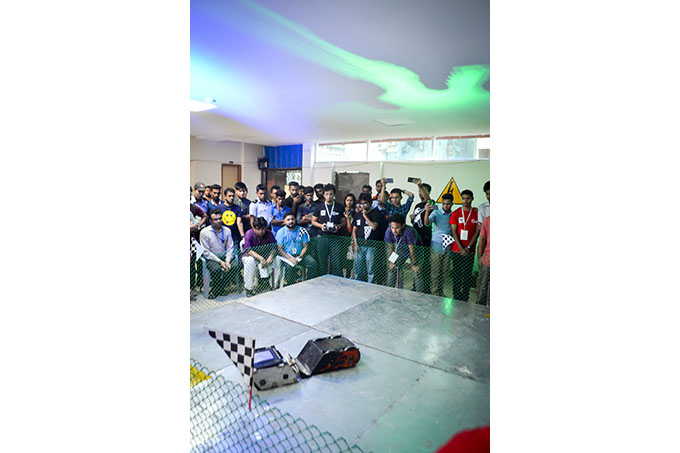 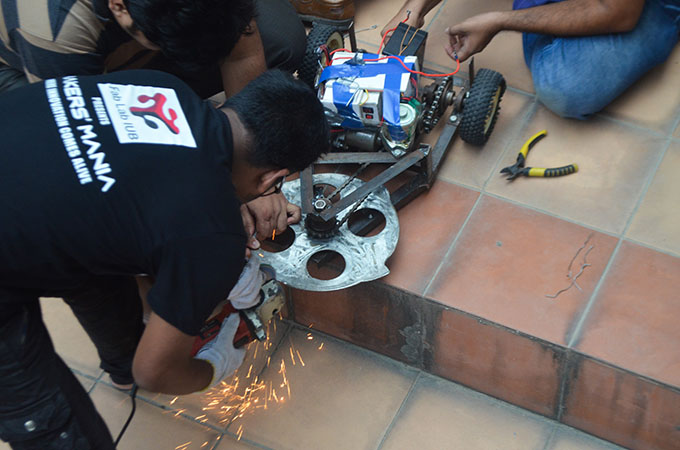 Fab Lab IUB presents Makers’ Mania, the biggest tech event of 2018 hosted by Independent University Bangladesh on 22nd and 23rd September, 2018 . Fab Lab IUB is a collaborative effort that aims to further realize the vision of the Fab Foundation. As a sub project of Higher Education Quality Enhancement Project (HEQEP) under the University Grants Commission (UGC) of Bangladesh, the purpose of Fab Lab IUB is to facilitate learning, provide training and give access to fabrication tools while keeping open access to nurture and provide for the local maker community.
The two day event was inaugurated by the Dean of School of Engineering and Computer Sciences Prof. Mohammed Anwer in the presence of the Head of the Electrical and Electronic Engineering Dr. Khasru M Salim and the Head of Computer Science and Engineering Department and the coordinator of Fab lab IUB Dr. Mahady Hasan also other respected faculty members.
Makers’ Mania 2018 included: Battle Bot, Line Following Robot (LFR), Quadcopter (QC), RC Mud Track Race, Programming Contest, Project Showcase, Rubik’s Cube and Tech Talks. More than 600 participants from different schools, colleges and universities over the country participated and admired the featured segments. Each segment was judged by the honourable faculty members of IUB and among the Industry experts.
Battle bot was one of the attraction of the event. In the history of Bangladesh IUB first introduced Battle bot with 18 kg battle robots equipped with mechanical weapons inside the arena. Our Pro-Vice Chancellor Professor Dr Milan Pagon stepped outside to witness the semis of the Battle Bot which saw hard fought battles between the competing teams.
The champions of each segments of Makers’ Mania 2018 are as follows: DUET Robo Xebec for Line Following Robot, Team Insane for Mud Track RC Racing, IUT_Back_From_Pochinki for Programming Contest, Team IUB for Project Showcase (Senior Category), Team Atlas for Project Showcase (Junior Category), NSU_WAR_RIG for BattleBot, Rotor Ninja for QuadCopter and Mohammad Dilwar Ali Alvee ( St Joseph School and College) for Rubik’s Cube.
This grand event started its journey on July, 2018 with a 20-member organizing committee and 100-volunteers, who reached out to schools colleges and universities all around Bangladesh to promote the event. Different workshops were organized to help the participants and interested learners get an in depth knowledge of science and innovation. Makers’ Mania is a platform that provided the students a chance to compete amongst the most enthusiastic tech maniacs of our nation and join the fair fight for the title of the Ultimate Robotics Champion. The hard work of the volunteers and the full support of Fab lab is what gave the event structure and set the stage for the participants to compete in. The event was organized by IEEE IUB Student Branch along with Project Be. The event was co sponsored by Walton, Pathao and Jafran.