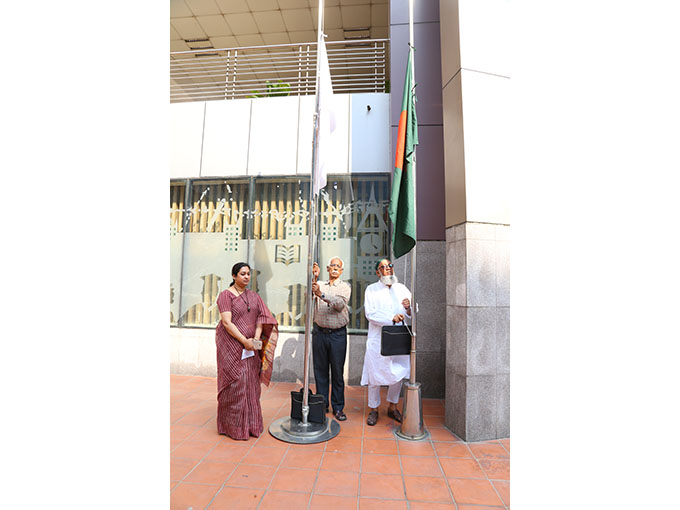 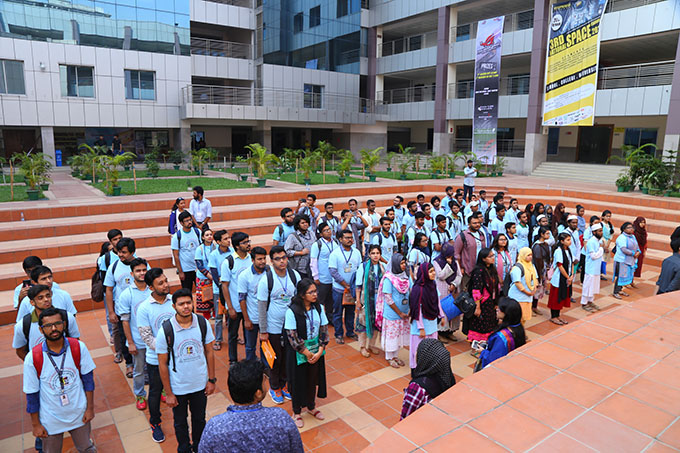 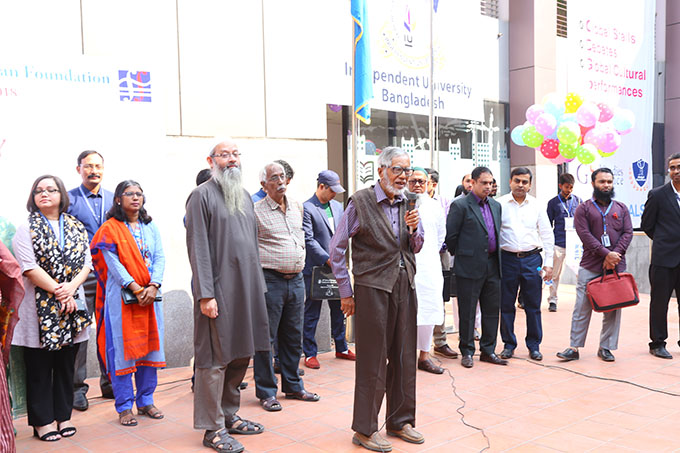 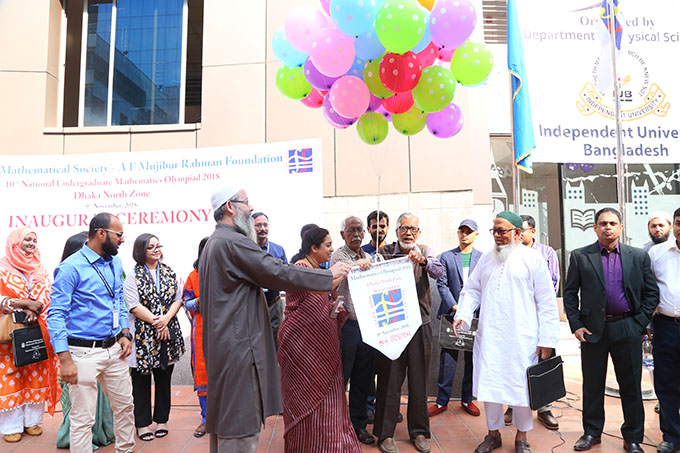 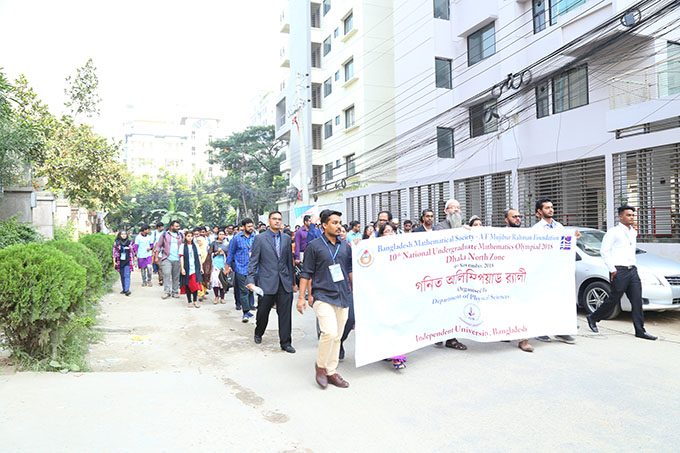 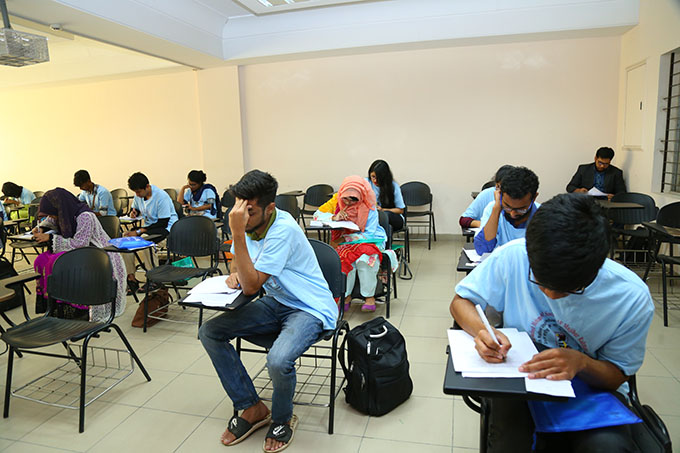 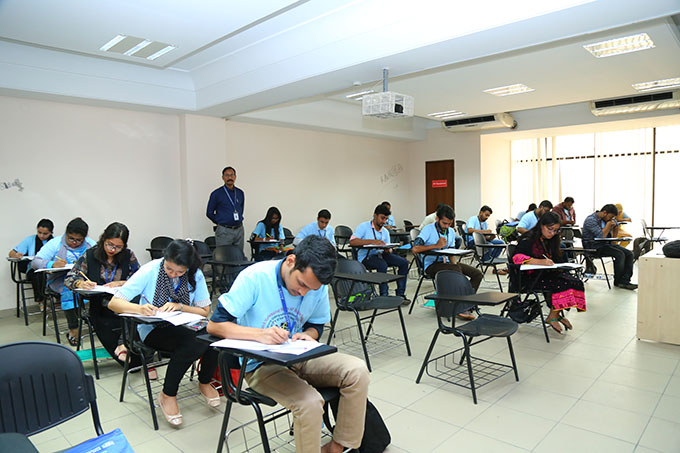 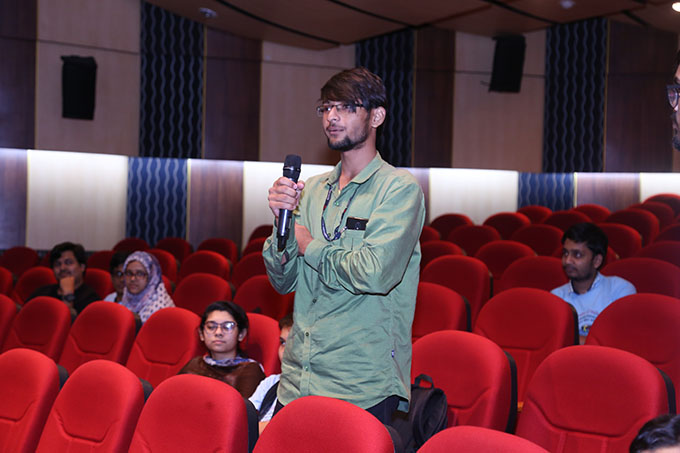 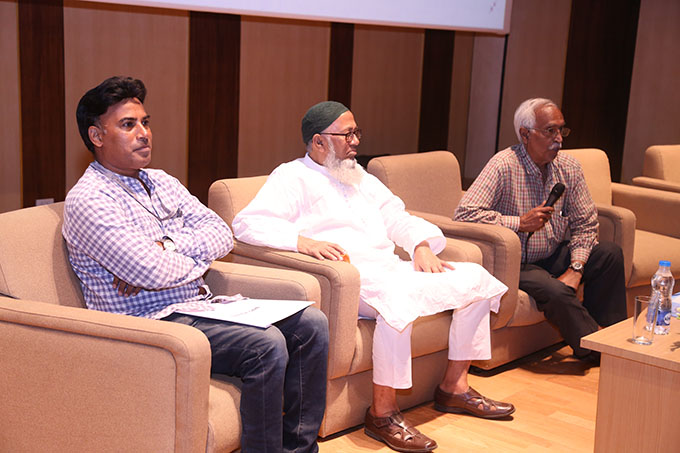 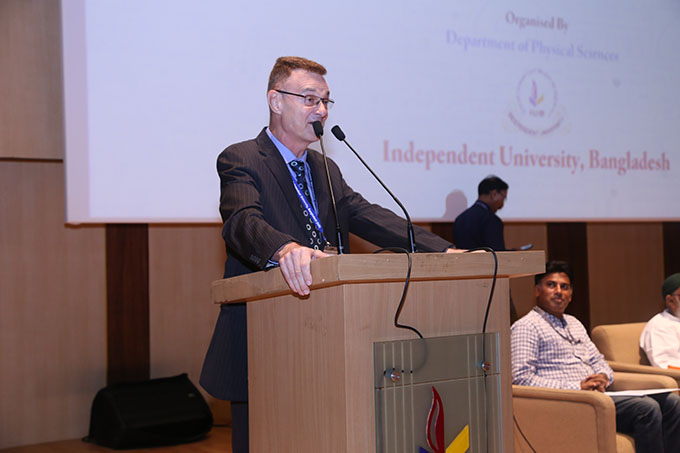 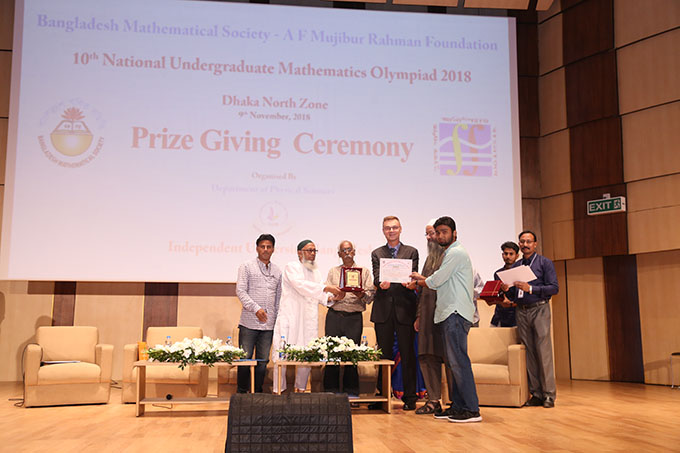 The 10th National Undergraduate Mathematics Olympiad 2018 was held at the Independent University, Bangladesh (IUB) on November 9, 2018, at IUB campus in Bashundhara, Dhaka.
The daylong program started in the morning with hoisting of national flag and singing national anthem. Thereafter, a colorful rally was organized by the Department of Physical Sciences of IUB. Then after mathematics exam begins. In the afternoon, an interactive question-answer session was held.
After the examination, Prof. Milan Pagon, Pro-Vice Chancellor, IUB distributed crest and certificates among the winners of Mathematics Olympiad as the Chief Guest. Dr. Habib Bin Muzaffar, Head, Department of Physical Sciences, IUB were also present on the occasion.
The National Undergraduate Mathematics Olympiad is held annually. It takes place in two phases. The first phase consists of 8 regional contests. IUB hosted the contest for the Dhaka North region this year. Osman Ali form Mechanical Engineering department of DUET was the winner of Dhaka North region. The top ten from each regional contest were given prizes and invited to participate in the Final round which will be held at BUET this year.