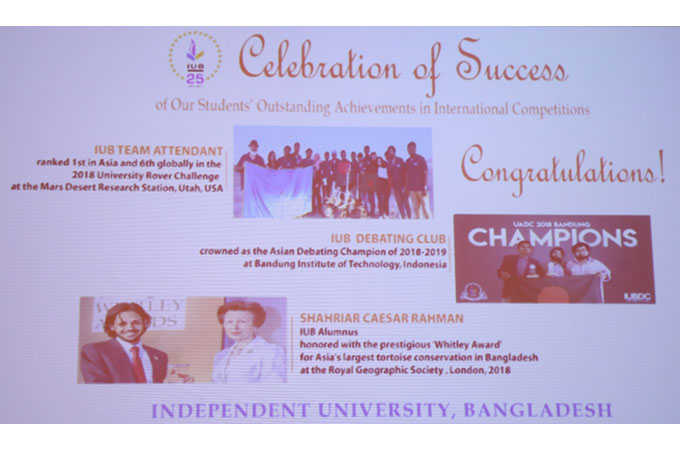 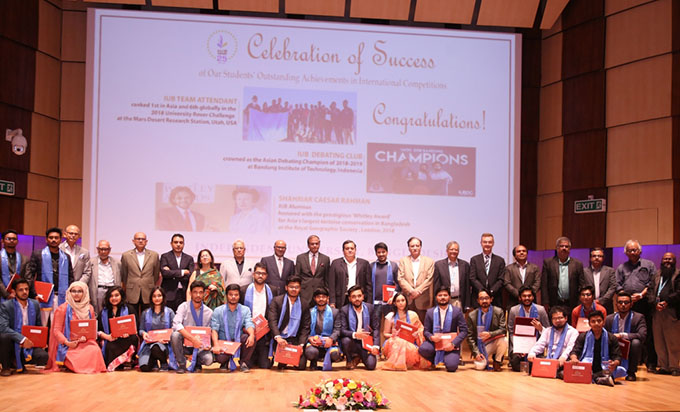 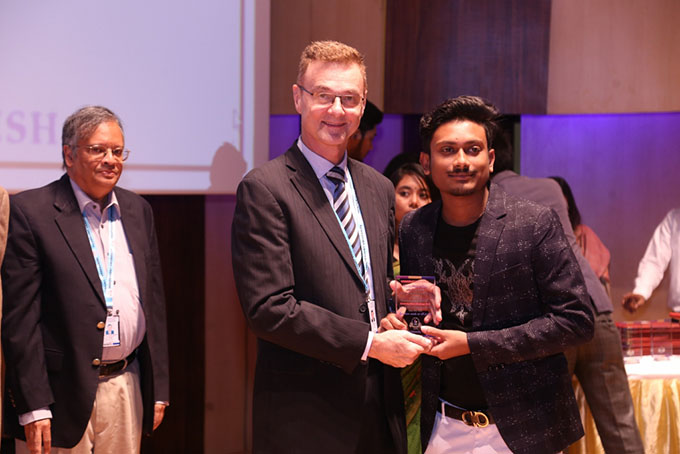 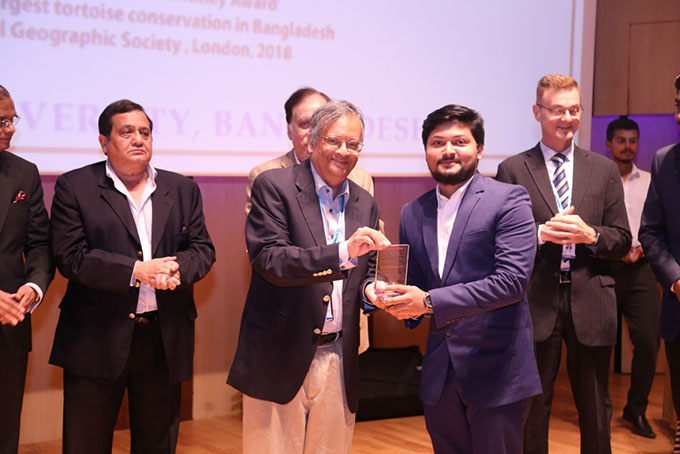 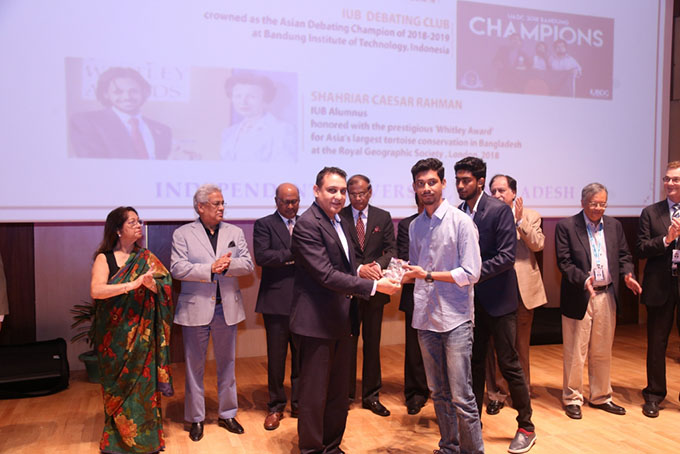 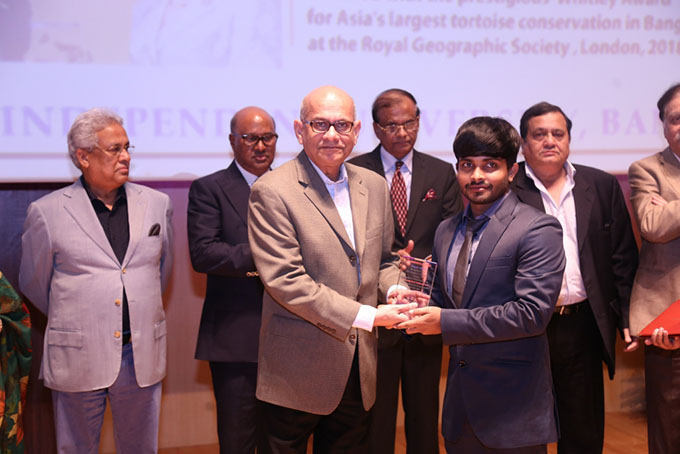 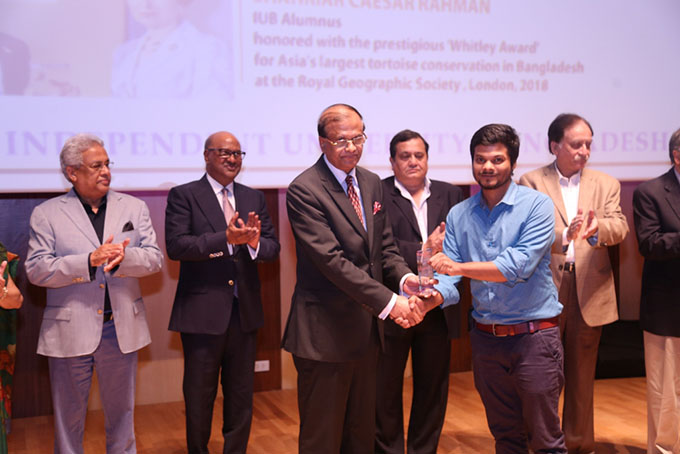 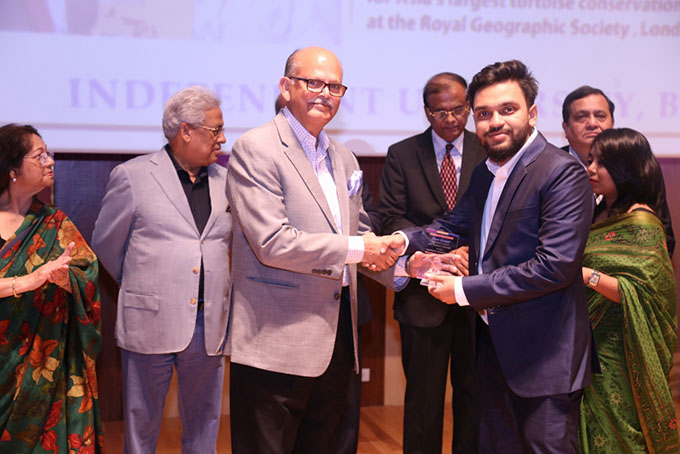 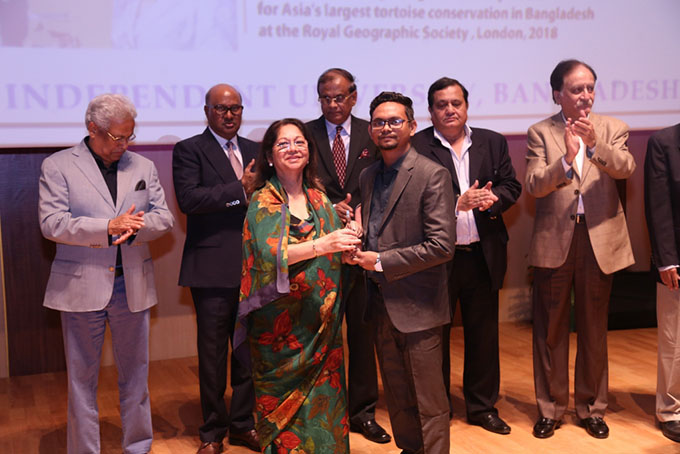 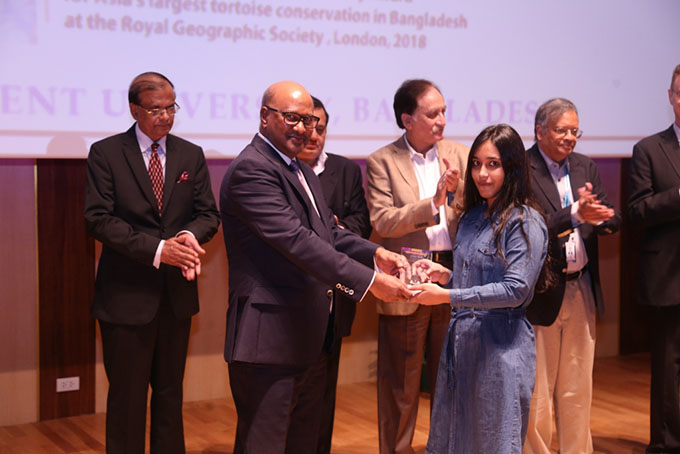 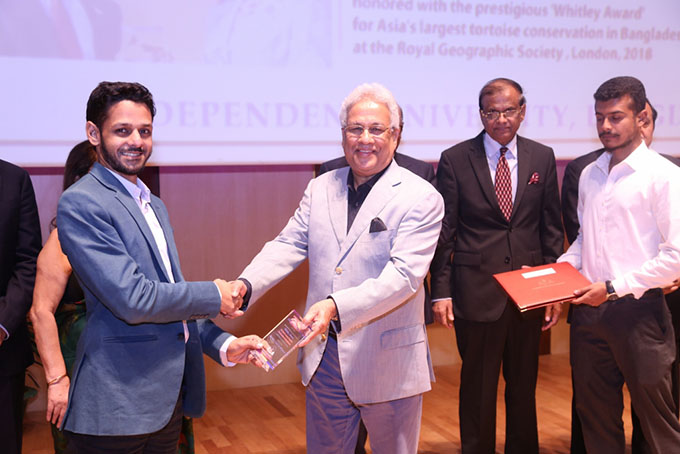 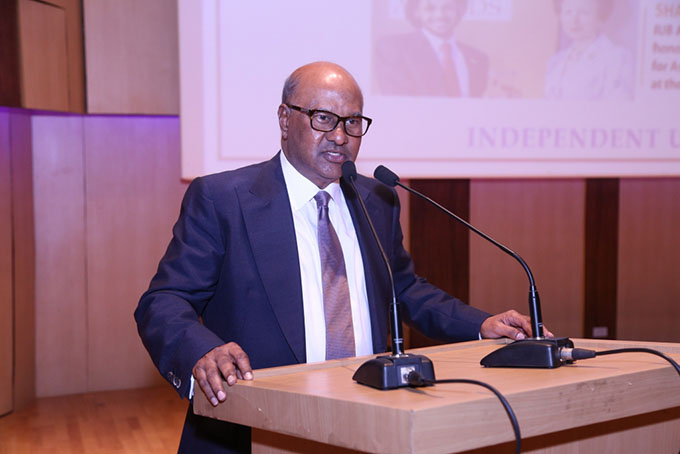 To celebrate outstanding achievements of the students clinched in global platforms, Independent University, Bangladesh (IUB) organized a grand reception, ‘Celebration of Success’ on December 9, 2018 at IUB campus in Bashundhara, Dhaka. The awardees were the members of IUB’s ‘Team Attendant’ who become first in Asia and sixth in the whole world in URC 2018; members of IUB debating club who become the champion in United Asia Debating Championship 2018 held in Indonesia; and Shahriar Caesar Rahman, the student of IUB who got worldwide eminent ‘Whitley Award’ by her Royal Highness, the Princess Royal at the Royal Geographic Society in London for animal conservation.
Mr. A Matin Chowdhury, Chairman, Board of Trustees, IUB; Mr. Abdul Hai Sarker, Chairman, Education, Science, Technology and Cultural Development Trust (ESTCDT); Mr. Rashed Chowdhury, Former Chairman, Board of Trustees; Prof. M. Omar Rahman, Vice Chancellor, IUB; Prof. Milan Pagon, Pro-Vice Chancellor, IUB and other members of the board of trustees spoke on the occasion and distributed prizes among the achievers.
The Chairman of the Board of Trustees congratulated the awardees and mentioned that this celebration means a lot in the month of December as December has been the month of victory for the nation. Mr. Abdul Hai Sarker expressed his gratification and stated that this achievement made the whole country proud. Prof. M. Omar Rahman illustrated the diversified strengths of IUB students and highlighted the dynamics of university curricular that helps students achieving successes one after another.
The grand celebration begins with the welcome speech delivered by Prof. Milan Pagon. Subsequently, the awardees shared their experiences towards the journey. Deans of the Schools, Heads of the Departments and, members of the faculty and administration and, full-house students were present in the celebration