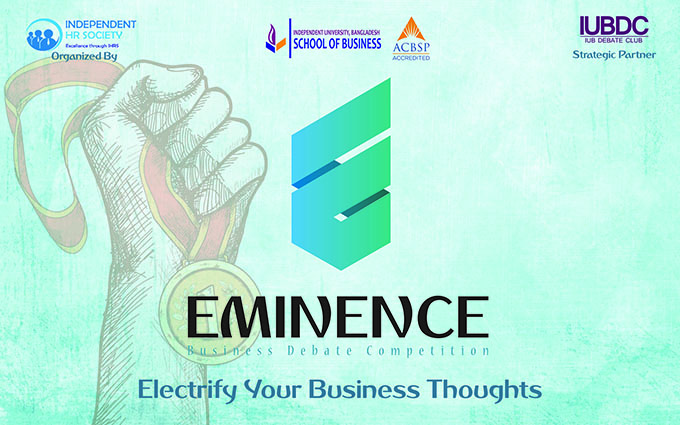 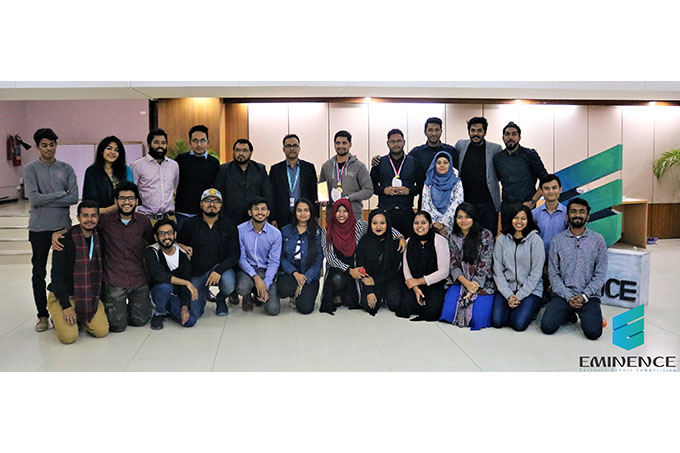 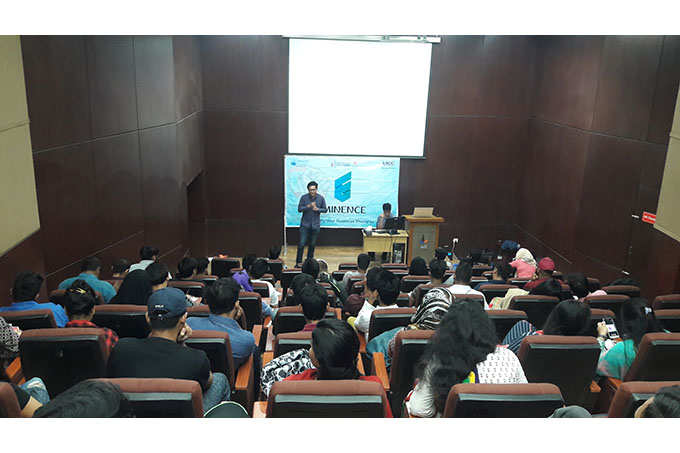 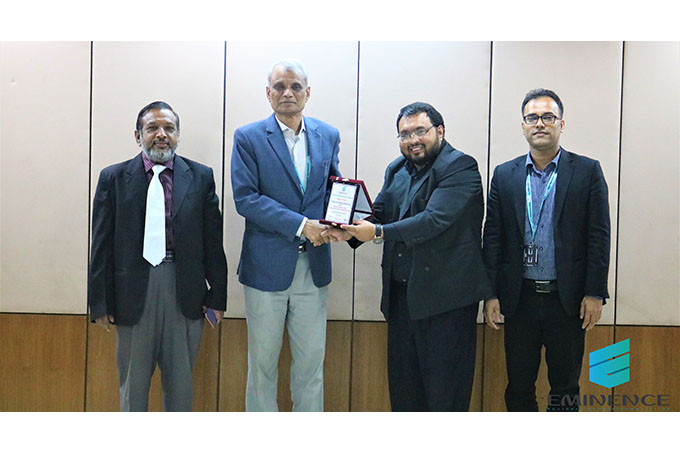 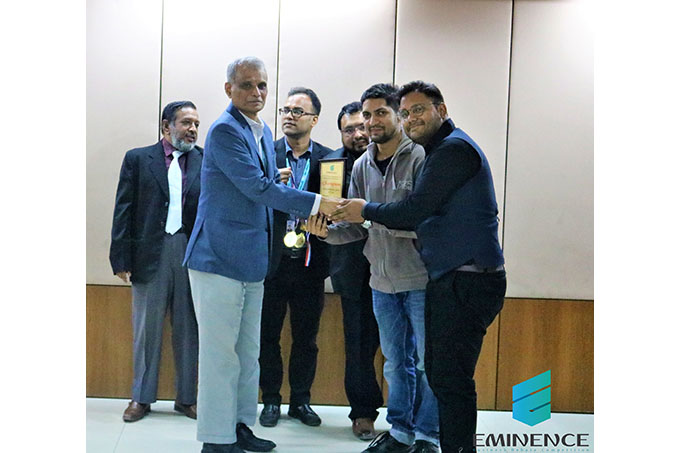 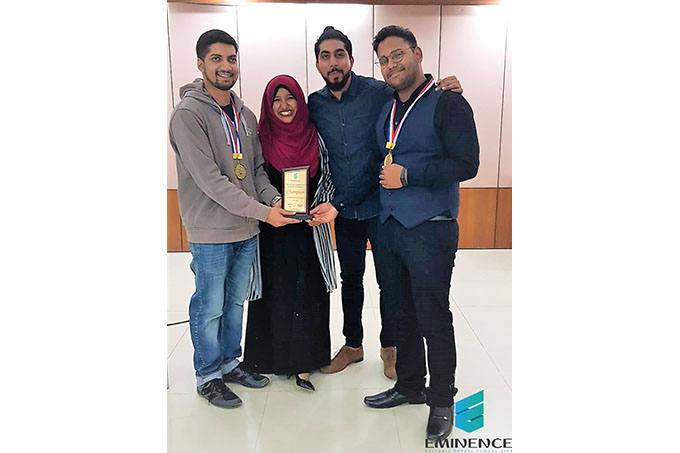 Independent HR Society (IHRS), School of Business organized the first ever Intra-IUB Parliamentary Business Debate Competition "EMINENCE 2018" on 11th December, 2018 in the Multipurpose Hall of Independent University, Bangladesh. Eminence is the very first Business Debate tournament held at IUB. This competition was slightly different from the traditional debate format which provided opportunity for the students to get in depth knowledge about formal business argument and platform to participate in a healthy debate competition. IHRS proudly announced this competition at the beginning of June 2018 and the first round was held among 40 teams from different Schools. At the Grand Finale, the Team HEED (Shadman Azad and Mazed H Makki) has become the Champion while Team Gryffindor (Sonaly Siddique and Mohammad Samiur Rahman) has become the Runners up. The best speaker of Eminence 2018 was Mr. Mazed H Makki. The members of the Champion Team HEED were Mr. Mazed H. Makki from Department of HRM, School of Business and Mr. Shadman Azad from Department of Environmental Science, School of Environmental Science and Management.
The entire debate was organized by the devoted coordinators of IHRS under the direct patronage of the School of Business, and in Strategic Partnership with Independent University Bangladesh Debating Club (IUBDC).The final competition was graced by Professors Dr. Mohammad Aminul Karim, Dean, School of Business; Professor Aminur Rahman, Head, Department of Economics; Dr. Shibly Noman Khan, Head, Department of HRM; Dr. Abul Bashar, Head, Department of Management and other faculty members, Department of HRM. The session was concluded with a vote of thanks by Mr. Shafiqul Alam, faculty, Department of HRM.