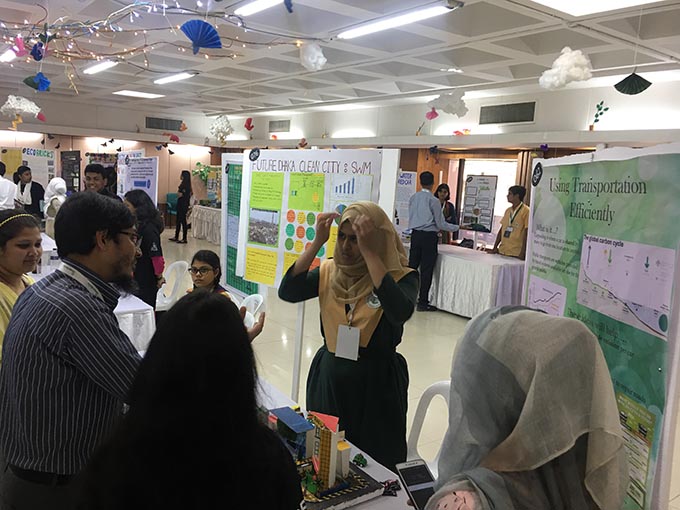 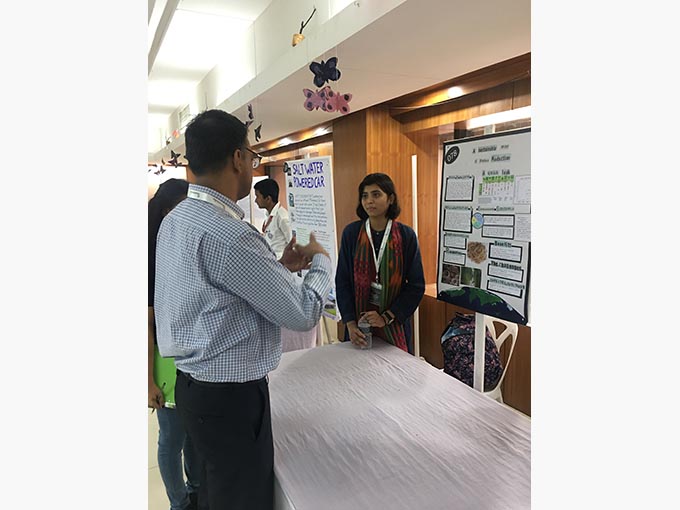 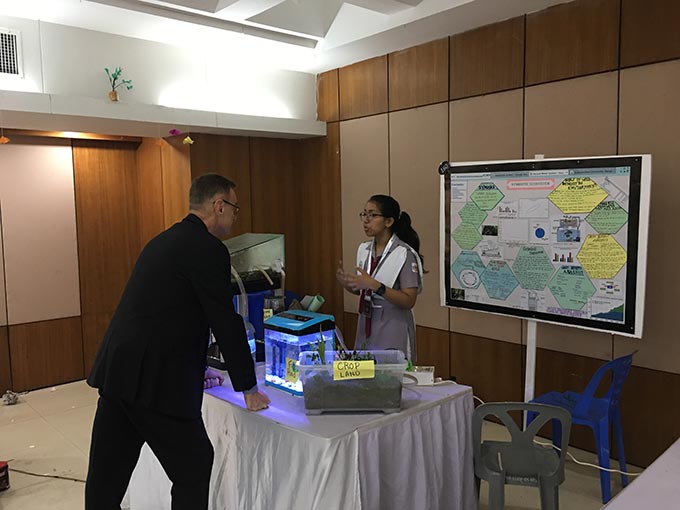 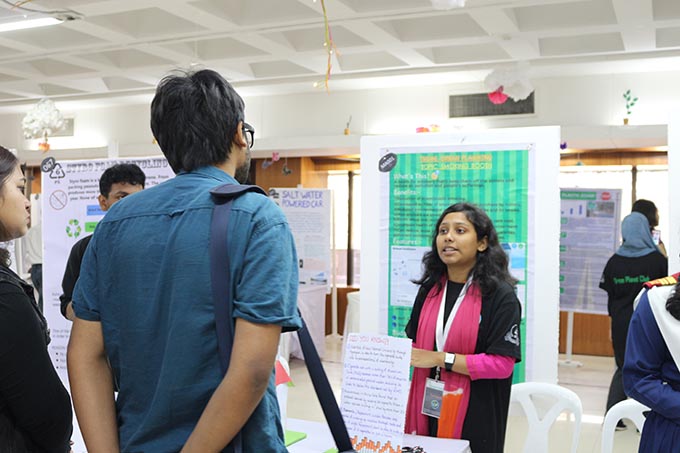 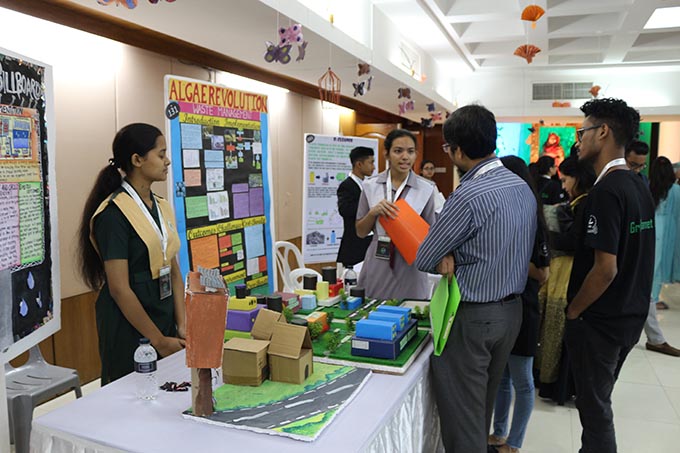 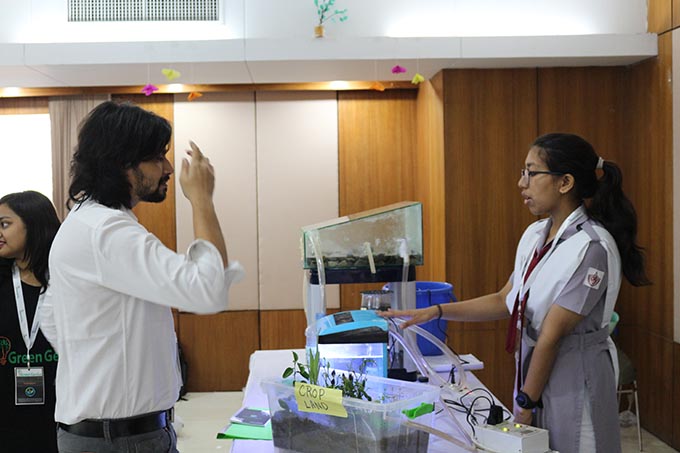 The Green Genius Season 2 by Green Planet Club, IUB (GPC IUB) kicked off its second round on 10th March 2019 at IUB Multipurpose Hall. Participants from School and College started arriving as early as 9:30 am and registered at the booth and took their place by the stalls by 10:30 am. The official inauguration of the programme was conducted by the Pro-Vice Chancellor Prof. Dr. Milan Pagon, accompanied by the Dean of SESM Dr. Md. Abdul Khaleque and faculties of SESM at 10:35 am. They started going around and talking to the participants, getting to know their ideas. The Participants showcased their innovative ideas on Posters and presented their models with much enthusiasm.
The Judging round commenced at 11:15 am. The judging panel included members of Creative Conservation Alliance (CCA) (Shahriar Caesar Rahman, Animesh Ghose Ayon and Asif Ibne Yousuf), Hasan Rahman of Wildlife Conservation Society (WCS) and faculties of IUB (Dr. Zainal Abedin, Dr. K Ayaz Rabbani, Dr. Mohammad Sorowar Hossain and Dr. Md. Hafizur Rahman). The students pitched their ideas either in English or Bangla and their presentation was judged based on deliverance, clarity, feasibility and creativity. Hefty discussions, exchanges of ideas between students and judges concluded the judging round. Some of the judges took a keen interest in some of the projects and started talking to the participants personally, giving valuable inputs on how to bring their ideas to fruition.
Students of IUB were also interested about the event and soon the Multipurpose Hall was bustling with people. A fan favorite was the photo booth; “The Enchanted Forest”, a result of the GPC’s volunteers working tirelessly behind the scenes, making everything out of recycled products. People have been clamoring there all day waiting their turn to snap pictures there.
Lunch was served at 2:00 pm and just in time too as the participants have already presented their ideas numerous times to various interested audience and were exhausted. After the lunch, the president of GPC Sabbir Ahmed addressed the participants and gave them his thanks. The programme was concluded with the participants and the judges taking group pictures.