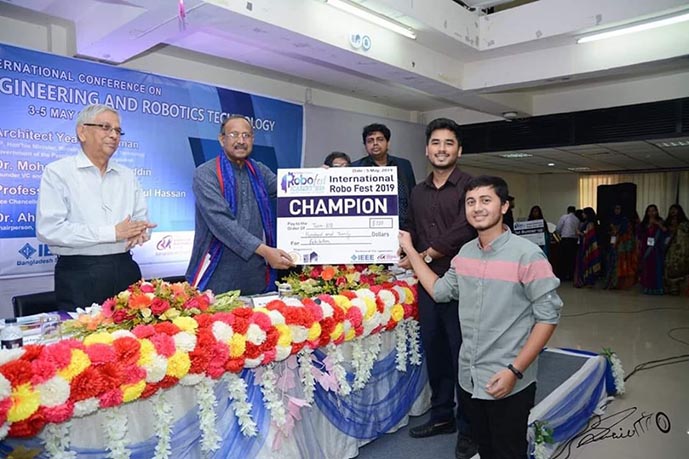 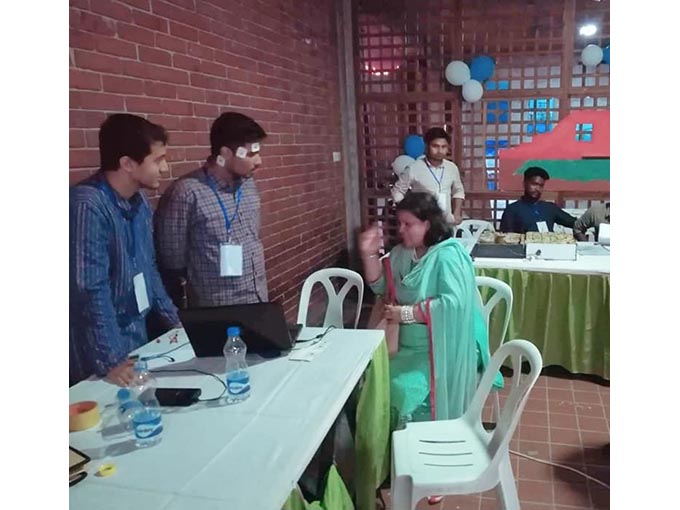 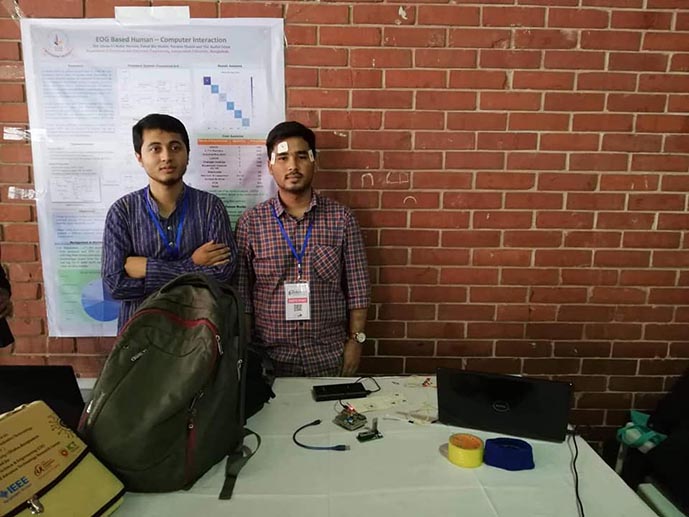 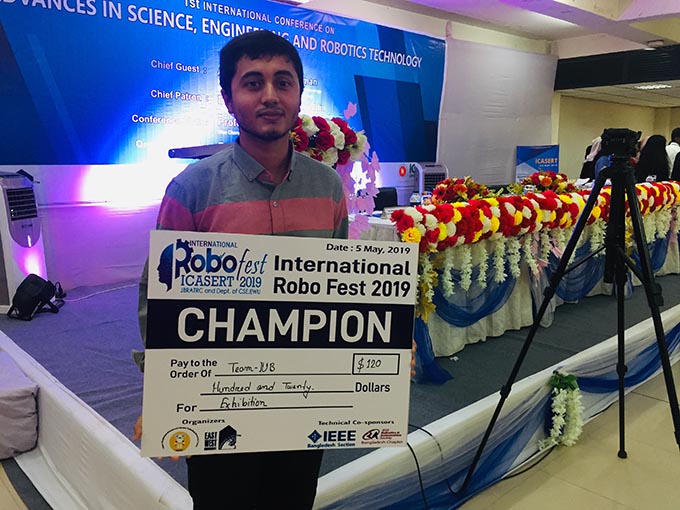 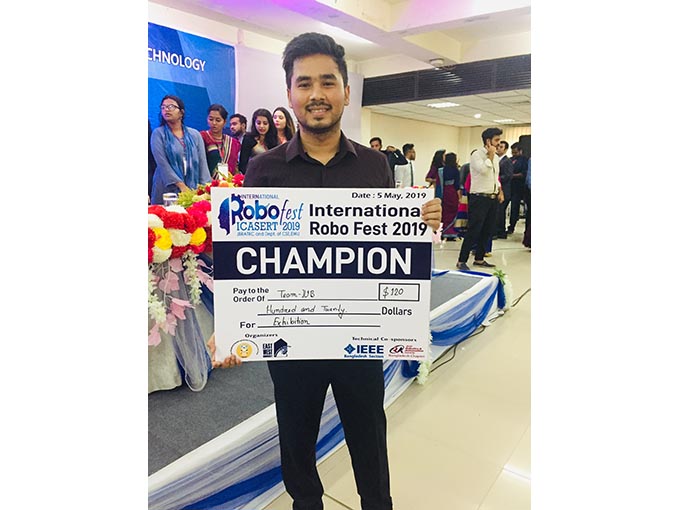 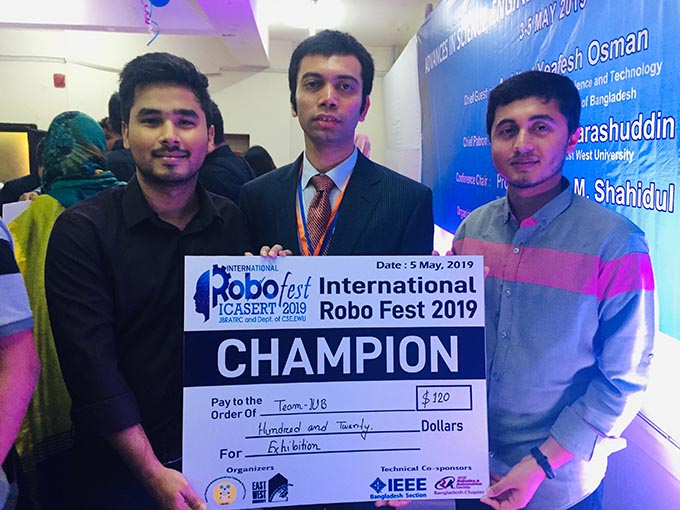 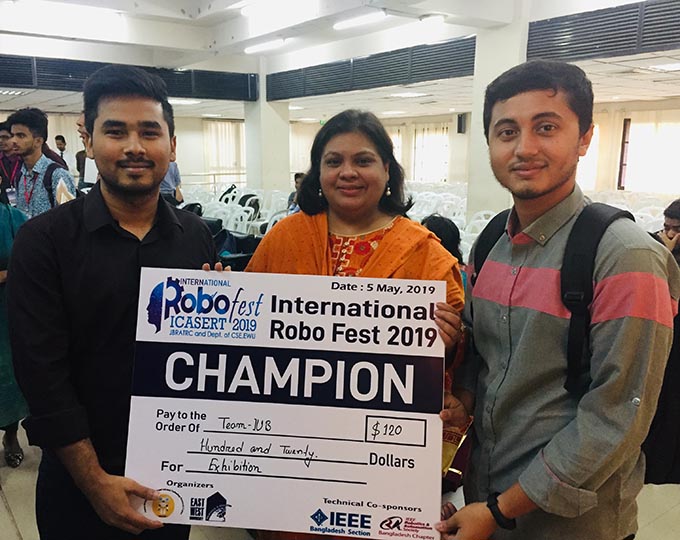 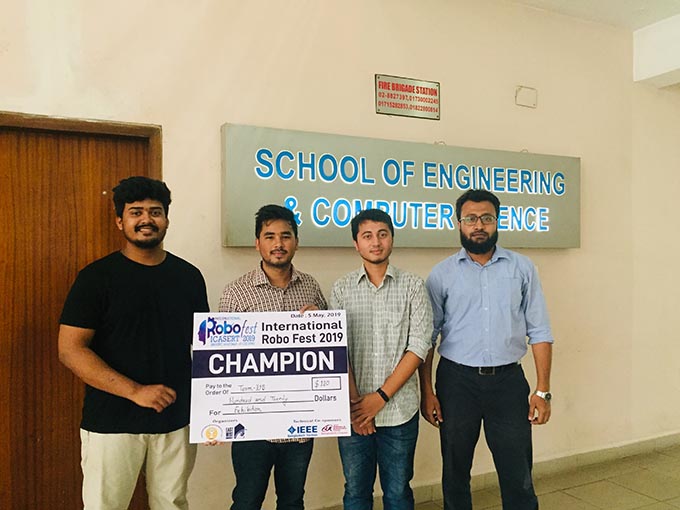 Robo-Fest jointly organized by Department of CSE, EWU and Japan-Bangladesh Robotics and Advanced Technology Research Center (JBRATRC) on the occasion of 1st International Conference on Advances in Science, Engineering and Robotics Technology (ICASERT-2019), was held at EWU campus on May 3, 2019. The Robo-Fest had seven categories of contest such as Autonomous Robotics Contest, Take Off (Drone Race), Battle Bot, Car Race, Robo Soccer, Exhibition (Software and Hardware Project) and Idea Presentation under which different schools, colleges and university students from all over the country participated. A 3-member team from the EEE department of IUB led by Md. Ahsan-Ul Kabir Shawon along with Faisal Bin Shahin and Nazmus Sakib successfully demonstrated their project which was able to attract the attention of a group of audience from home and abroad. The project title was “Electrooculography (EOG) Based Human-Computer Interaction (HCI)”. EOG is a technique for measuring the corneo-retinal standing potential that exists between the front and the back of the human eye. In this project, a physically challenged person who has difficulty in using traditional mouse cursor and keyboard, will be able to control the movement of mouse cursor using his/her eye movements. The whole system was designed, developed and implemented at the lab of EEE Dept. of IUB under the guidance of Dr. Md. Kafiul Islam, Asst. Prof. of EEE Dept., with locally available resources and with relatively lower cost compared to the commercially available HCI. Attractive prizes were awarded to the Champion and the First runner up team during the Prize Giving & Closing Ceremony of ICASERT held on 5th May, 2019. Team IUB finally grabbed the First Place and became Champion with the Prize Money of USD 120.