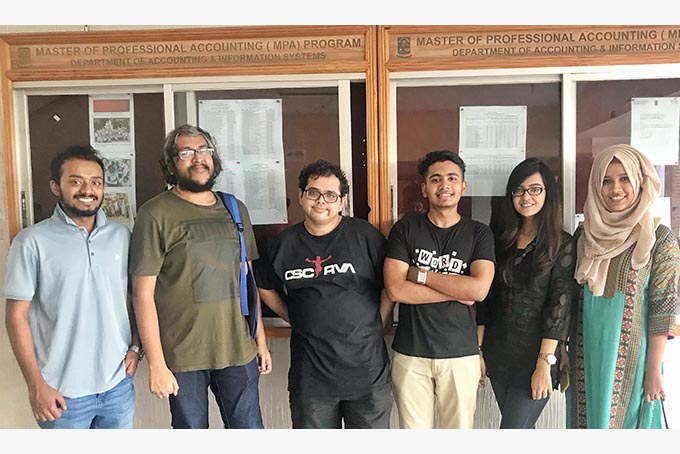 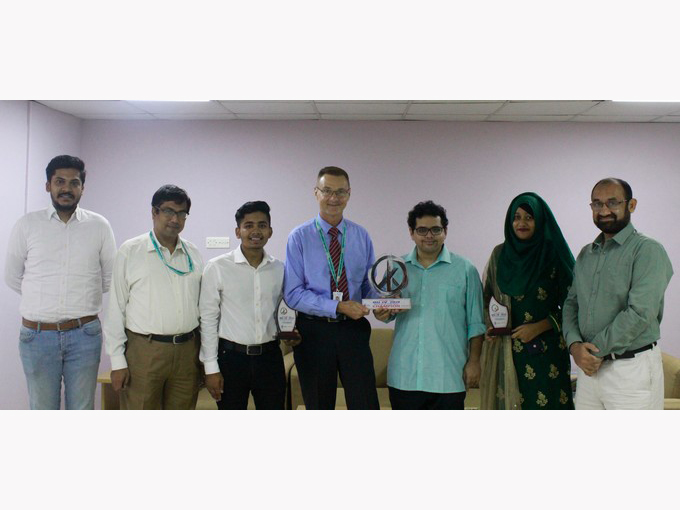 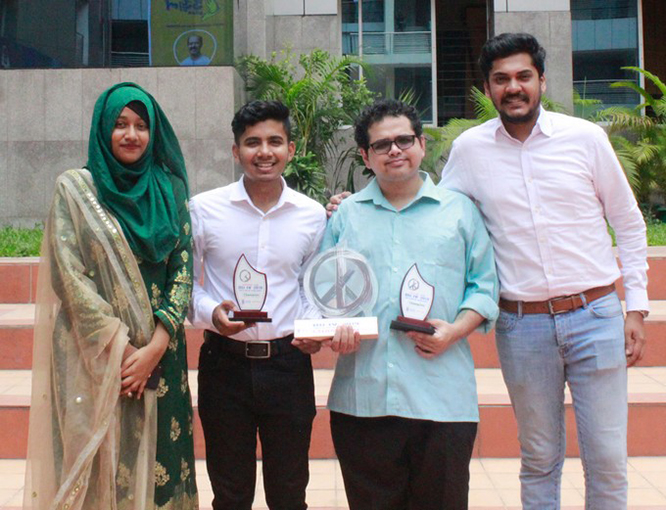 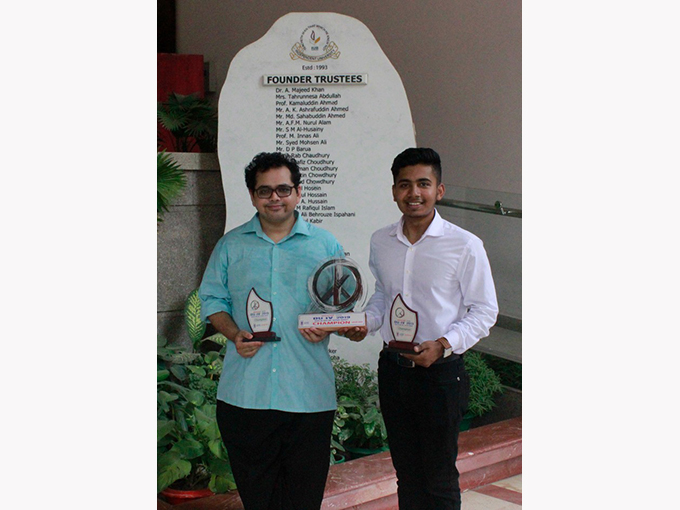 Independent University, Bangladesh Debating Club (IUBDC) has become the first private university of the country to win DU IV Debate Tournament 2019. IUBDC continues to bask in the glory of their success at debating as its team consisting of Aaqib Farhan Hossain and Zobayer Ahmed wins this prestigious Tournament. IUBDC defeated teams from IBA, University of Dhaka and North South University (NSU) in the grand finale of one of the most significant inter-university debating tournaments of this year.
Organized by Dhaka University Debating Club (DUDC), the tournament took place from July 26-27, 2019 at the Teacher-Student Centre (TSC), University of Dhaka. The debate followed the British Parliamentary format which has had four teams in every round – each team consisting of two members. The motions for the tournament varied significantly from one another and covered a wide range of topics such as diverse political beliefs, portrayal of refugees in the media, dominating cricket teams in the ICC, financing rebel groups as a tactic of war etc. The motion for the final round was on the principles and ethics of why life must naturally end at 50 years of age.
Aaqib Farhan Hossain from IUB was the 2nd Best Speaker of the tournament. Zobayer Ahmed of IUBDC was crowned the Best Speaker in the finale of the Tournament.
Last year, IUBDC was the proud champion of a prestigious international debating tournament, UADC 2018. Earlier this year, IUB emerged as a Champion again at the Drishty Game of Logic 2019 in Chittagong, and was also invited to participate in one of the most renowned international debating tournaments in the world, Hobart William Smith Round Robin in New York, USA.