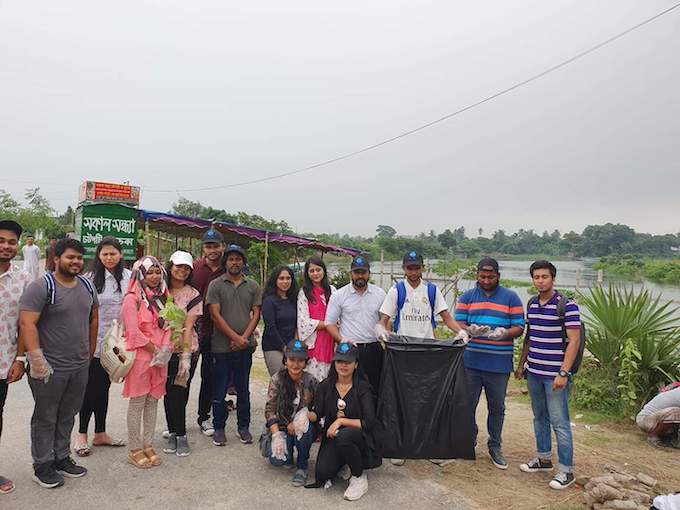 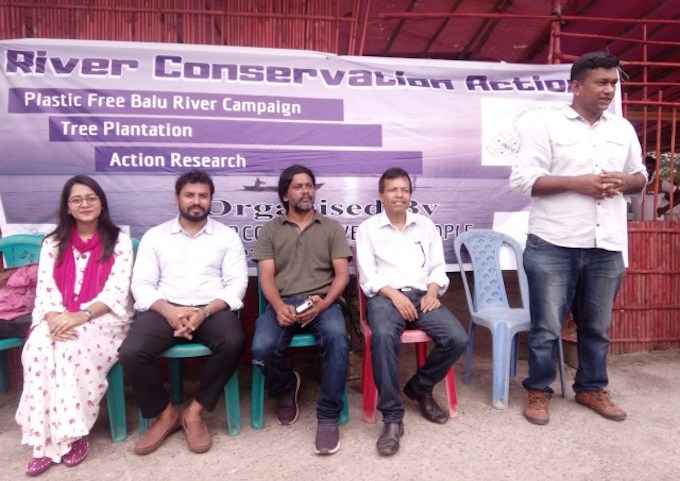 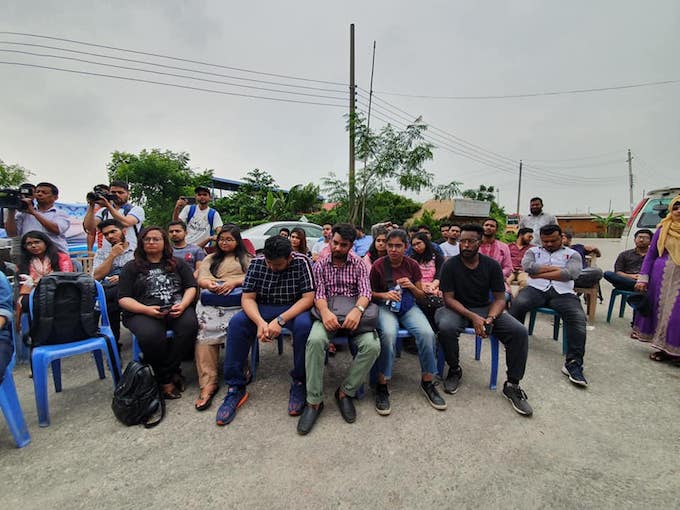 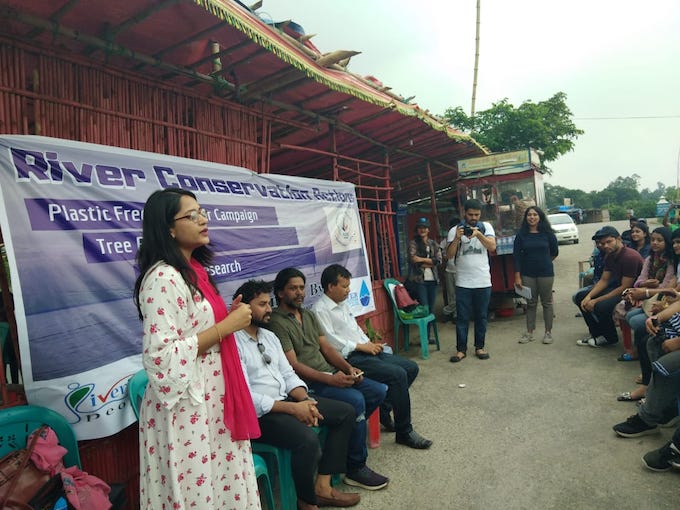 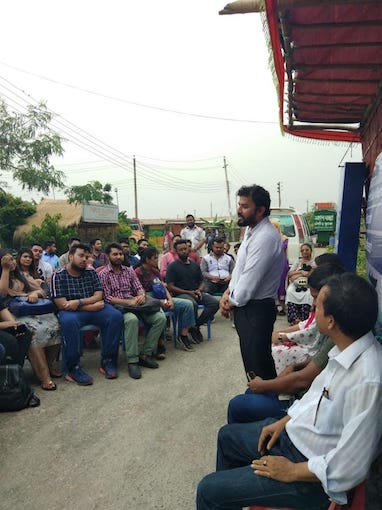 River Cionservation Club under the School of Environmental Science and Management focusing the students of the courses ENV 206, 216 and 101 was enough delighted to organise a trip to Balu River, on the quest to make the river pollution free, while providing the environment to help to maintaing its healthy ecological balance and fight the negative consequences of climate change via successfully planting trees and collecting plastic from the banks of the river showing a wonderful movement towards saving the environment from the hand of detoration. The journey began at 9:30 am with the environmentalists of SESM, members of the River Conservation Club (RCC), faculty member of SESM, IUB where Riverine People had a joint collaboration in increasing the importance of these steps towards the noble cause of working for our environment and creating sustanaible approaches to conserve the Balu river including the mainatenance of its nearby environment . This event was highlighted by respected personalities by D r. Mohammad Azaz, Director of Riverine People, with Mr. Mihir Biswas, Convenor of Burigonga Bachao Andolon as the Chief Guest and Mr. Suman Shams, Chairman of Nogor and Ms. Tahmina Sultana, faculty of SESM, IUB as the Guest of honor. Tanzila Ahmed President of RCC, IUB opened the conference where speeches were given by Yeasmin Ara Bristy, and Anna Maria, campaign manager and communication secretary of RCC respectively, who spoke about importance of fighting climate change via afforestation corelating the river system and environment. The day-long session was split in to three sections, tree plantation, collecting plastics from the river bank and action research. RCC, IUB took responsibility of a designated area near Isamoti Ghat with a greater aim to ensure the area is pollution free within the next two years. RCC is further planning to serve the environment throgh broader ways in order to fight the negative ramification of climate change.