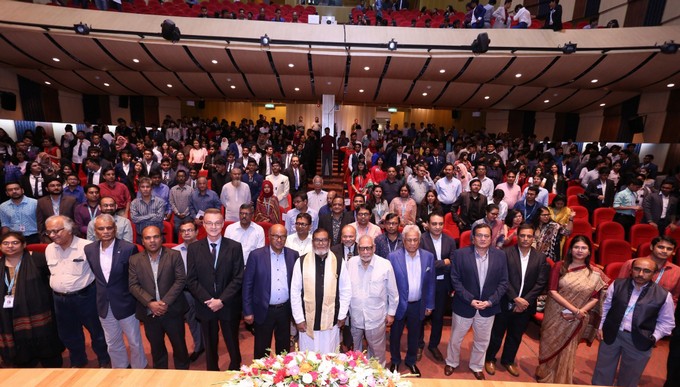 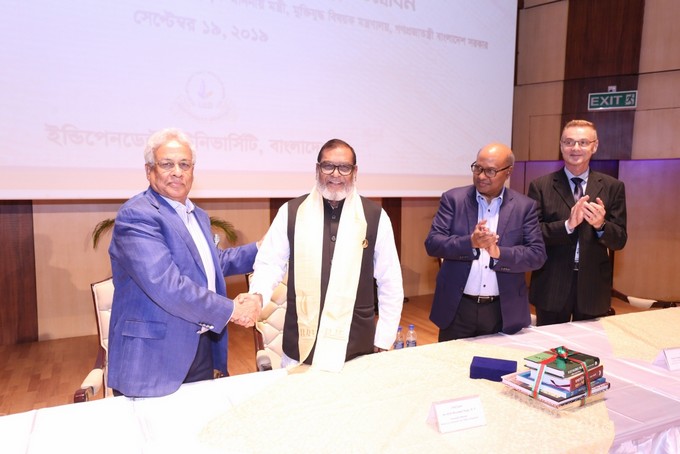 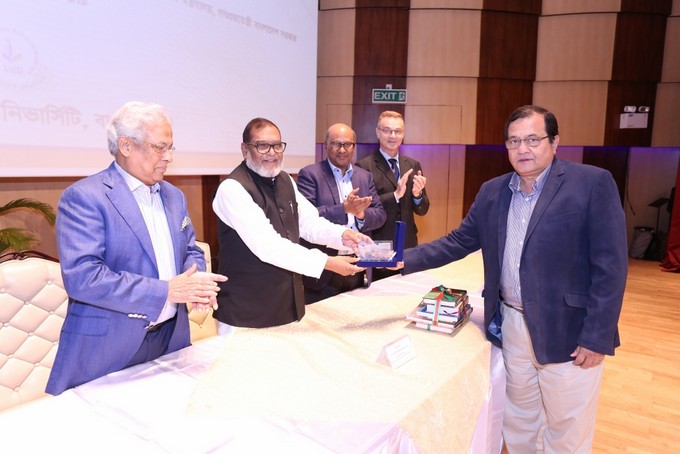 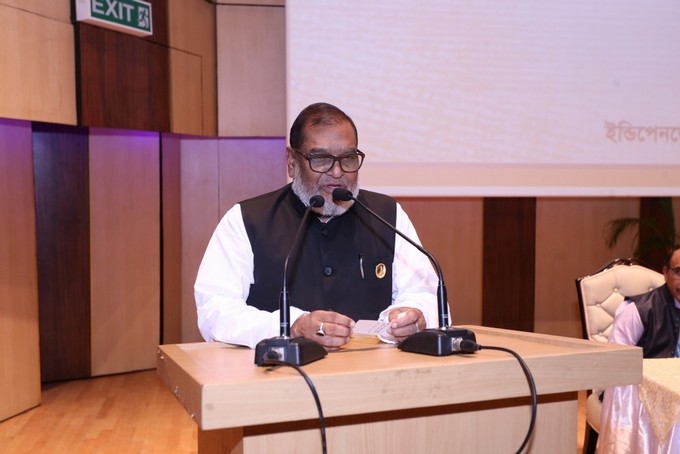 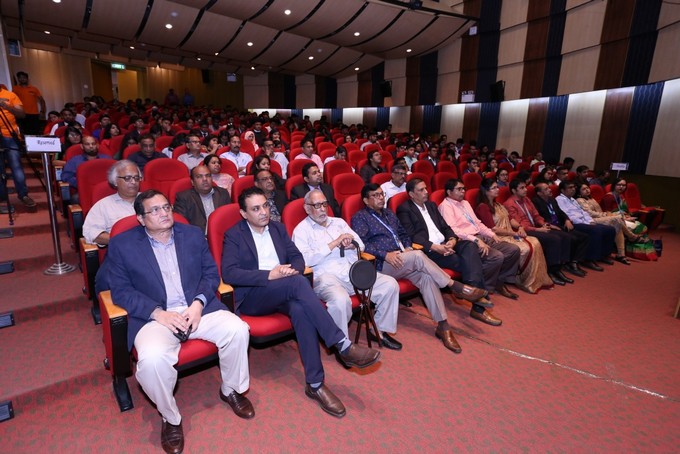 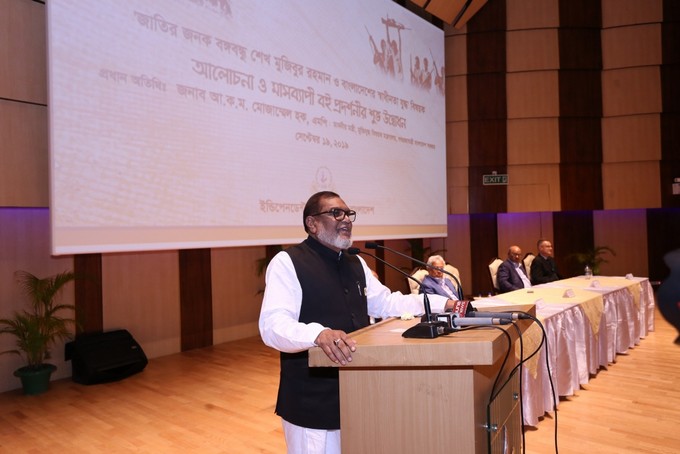 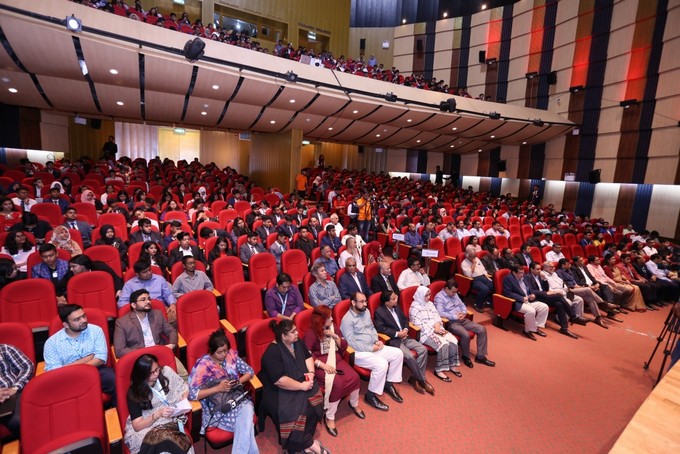 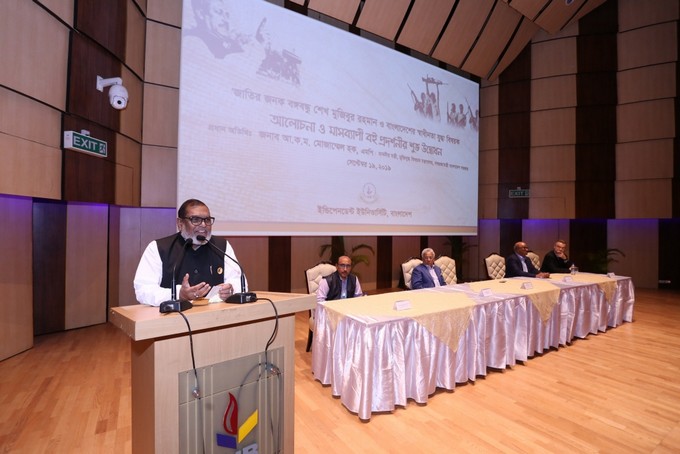 Discussion session and a month-long book exhibition on ‘‘Father of the nation Bangabandhu Sheikh Mujibur Rahman and Bangladesh’s liberation war’’ was inaugurated by the honorable minister for Liberation War Affairs, Mr. A.K.M Mozammel Haque, MP. The minister was the chief guest of the event that took place on September 19, 2019 at the IUB Auditorium in Bashundhara R/A Dhaka. Mr. Abdul Hai Sarker, Chairman, ESTCDT, IUB; and Mr. A Matin Chowdhury, Chairman, Board of Trustees, IUB also spoke on the occasion while Prof. Milan Pagon, Vice Chancellor (Acting) delivered his welcome speech. Mr. Abdul Hai Sarker presented the Minister a nice IUB Sash while the former BoT Chairman, Mr. Rashed Chowdhury honored him with a Crest.
In his discussion, the Minister said, independence becomes meaningful only when its goals, especially economic and social emancipations are achieved. To achieve these goals of Bangabandhu, this government, led by Prime Minister Sheikh Hasina has been working with the spirit of liberation war. And that is the reason we have become much closer to becoming a middle income country.
Librarian Mr. Muhammad Hossam Haider Chowdhury delivered vote of thanks after the inaugural session.
Later, the honorable Minister inaugurated a month-long book exhibition at IUB Library which will continue from September 19 to October 18, 2019. In this exhibition, around 2200 books on Bangabandhu Sheikh Mujibur Rahman and Bangladesh’s liberation war will be displayed. IUB cordially invites people from all walks of lives to visit the exhibition. This month-long book exhibition will be supported by many other activities such as film shows, drama, musical & cultural events, painting & other contests and open dialogues.
Members from the faculty and administration, students, distinguished guests, dignitaries and media were present in the discussion session.