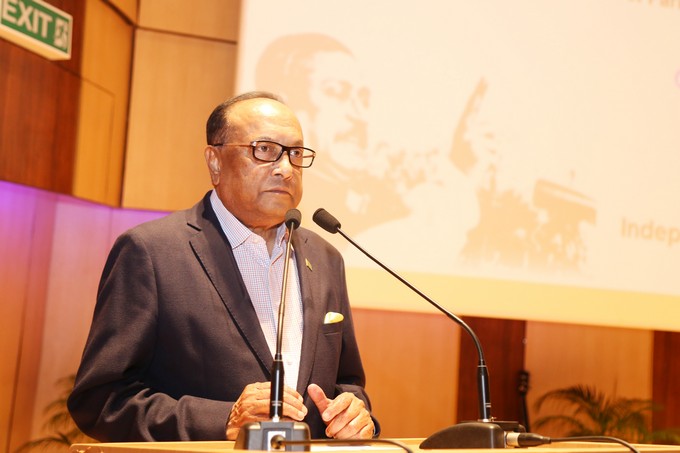 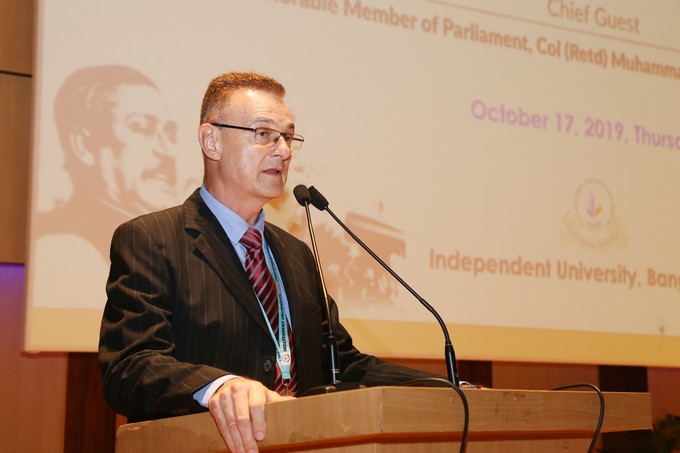 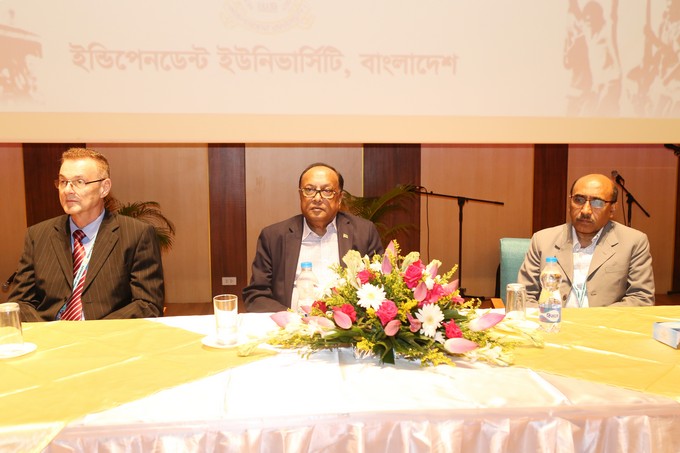 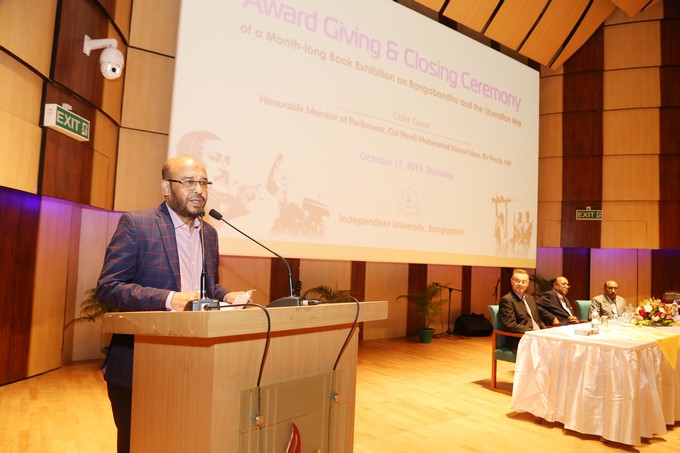 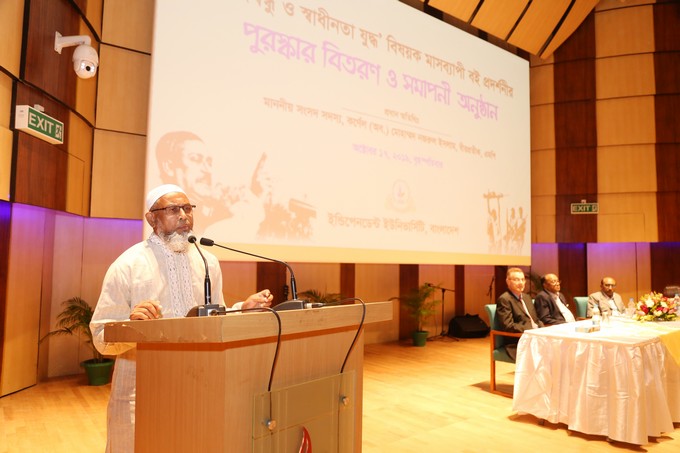 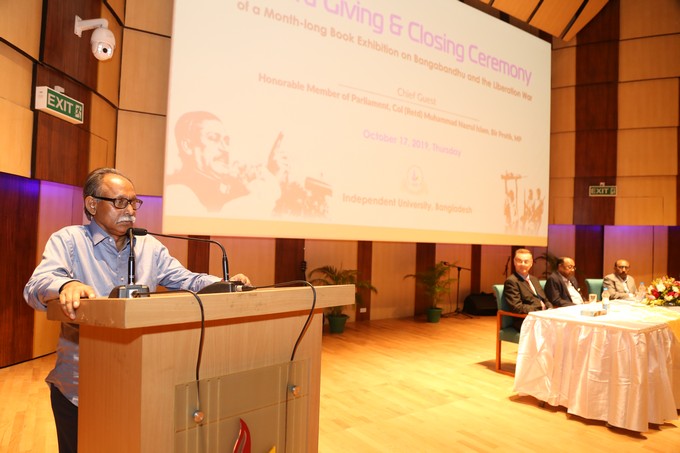 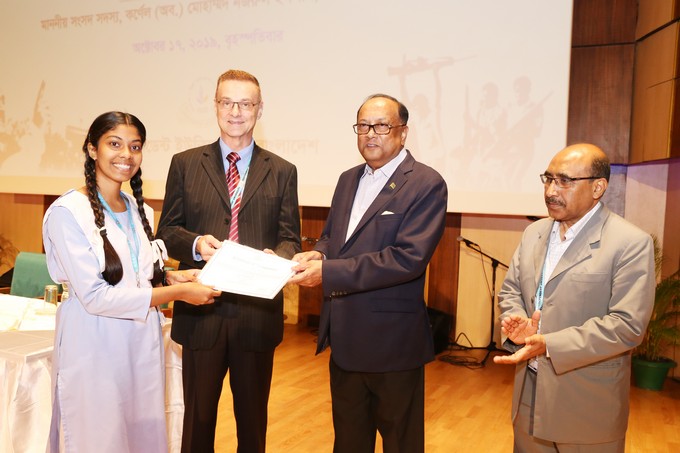 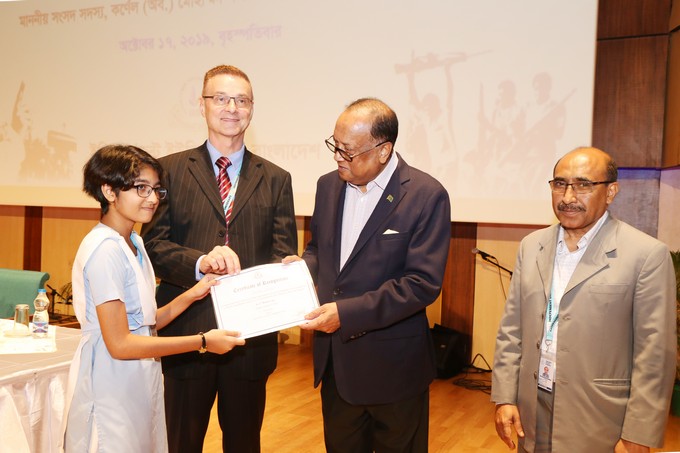 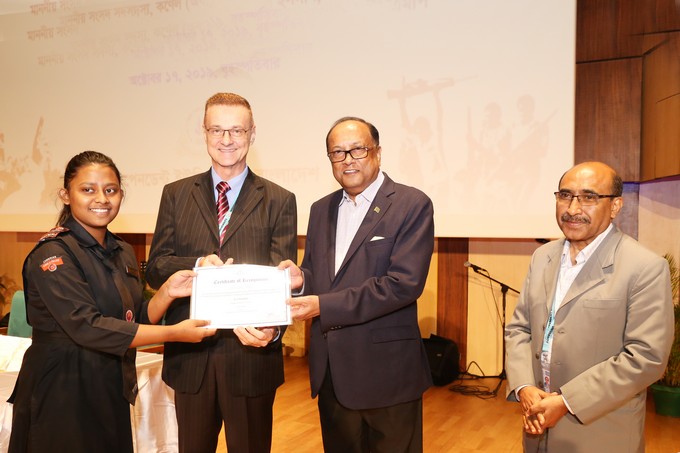 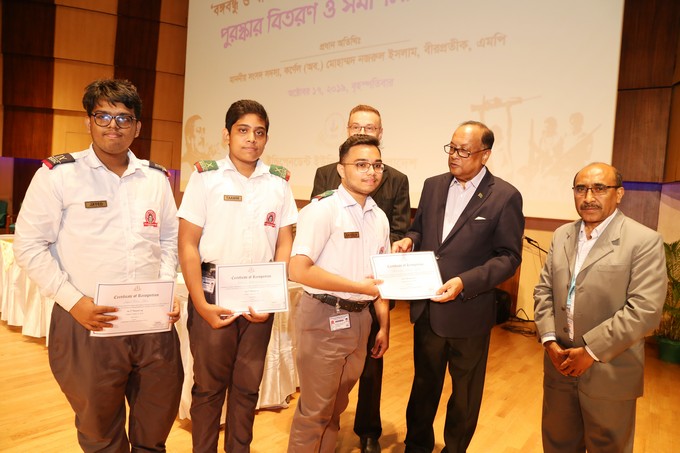 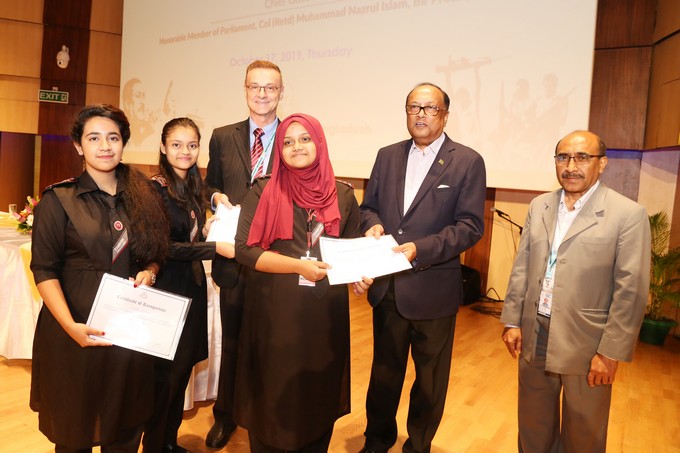 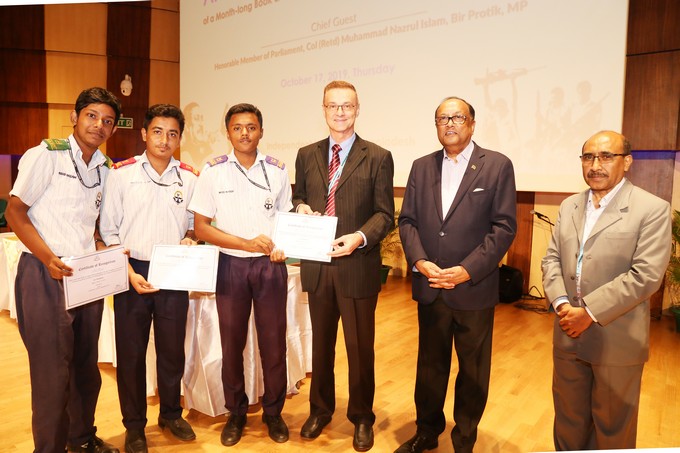 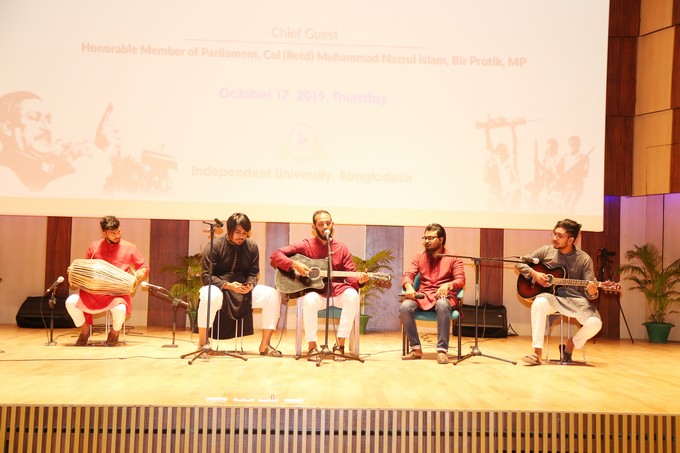 The closing ceremony of a month-long book exhibition on Bangabandhu and liberation war was held at IUB. Library organized the event that took place on October 17, 2019 at IUB’s own campus in Bashundhara R/A. Muhammad Nazrul Islam, Bir Protik, MP was the chief guest of the program and distributed prizes among the winners of Art & Quiz competition. Prof. Milan Pagon, Vice Chancellor (Acting) delivered his welcome speech.
During the discussion session 7 freedom fighters took part and commemorate the 1971. They shared their exciting stories of liberation war with the current generation. In his discussion, Mr. Nazrul Islam said, everyone wanted a country of their own, a culture and traditions of their own and the thought and desired to achieve it made me join the war and show a green-red flag. He encouraged the new generation to pay tribute to the memories of the day and the martyrs who laid down their lives for the sake of our Independence.
Navy Anchorage School and College, Dhaka became Champion of the quiz competition. Champion team received certificate and 12,000/- taka. While 1st Runner Up Cambrian School & College got 7,500/- and 2nd Runner Up got 6,000/- taka and certificates respectively.
In individual category, the winner of the Art competition was Tabassum Islam from Cambrian School & College received certificate and 5,000/- taka. 1st runner-up Debika Sarkar from Viqarunnisa Noon School & College got 3,000/- and 2nd Runner Up Famin Nahar Shahta from the same institution received 2,000/- taka and certificates as recognition for their remarkable achievement.
Later part of the program included colorful cultural show compered by IUB students. Deans, members of the faculty and administration, and students were present in the event.