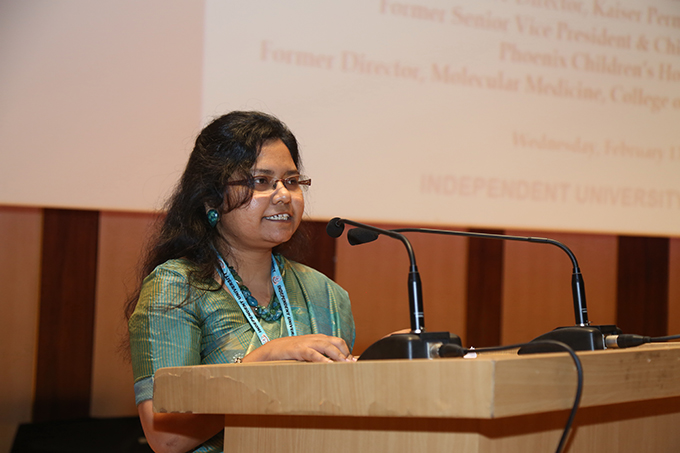 When informing her of their selection, The Academy congratulated Dr. Elias for this extraordinary achievement, as it is a highly competitive award based purely on scientific merit. The TWAS research grant program in basic sciences was established to award research projects in biology, chemistry, mathematics and physics either to individual young researchers or to research units in the science and technology lagging countries, to help them further their research.

The proposed research work will be to observe gain or loss of function of some particular genes in local rice landraces and a comparative analysis of their variation under salt stress. Due to the global climate change and temperature rise, our sea level is also rising and the soil salinity is increasing which makes it harder to grow salt sensitive crops like rice in the coastal regions. This ultimately affects the total rice production in the country compared to its gradually increasing population. In order to combat the future scarcity of food we need to take measures to develop salt tolerant crops that can be grown in saline soil.

This project will use cutting edge technologies like CRISPR-Cas9 based genome editing, molecular cloning, gene expression analysis etc. to investigate the tolerance mechanism as well as the loss and gain of function. Upon successful completion of the project, the validated and significant genes can be used for development of tolerant varieties. This grant is generously supported by the Swedish International Development Cooperative Agency (Sida) and the Italian Government.