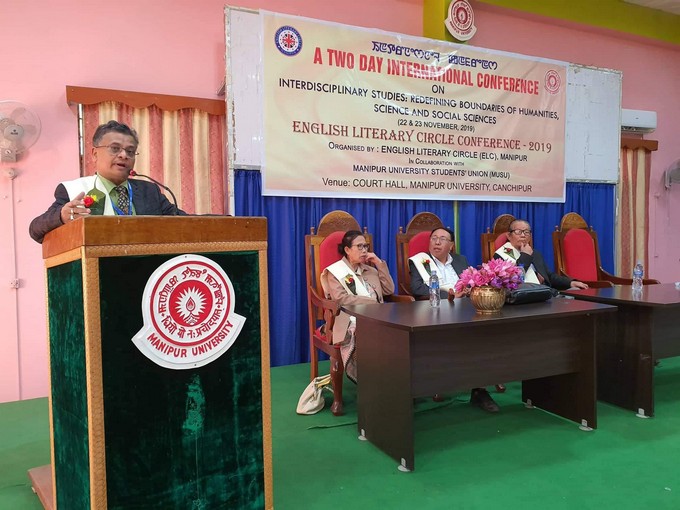 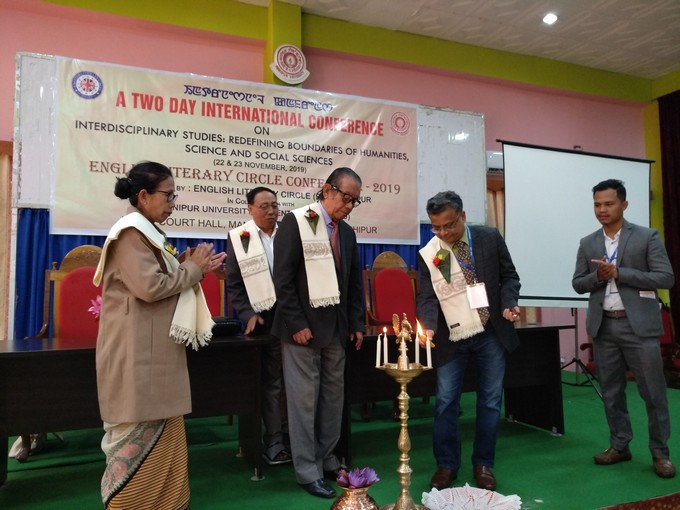 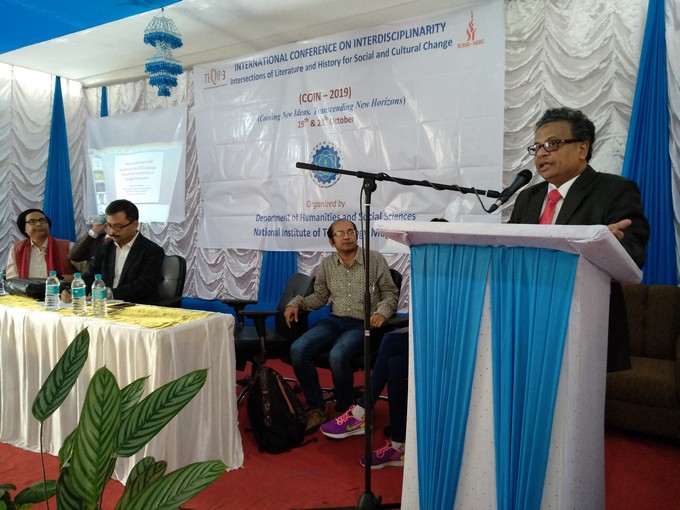 Dr. Ahmed Ahsanuzzaman, Professor in the Department of English and Modern Languages at IUB gave two speeches in India in October and November, 2019. The first of the two — a keynote speech — “Intersection of History and Literature: the 1952 Language Movement and the Rise of Bengali Nationalism” he gave at NIT, Meghalaya in the Conference on “Intersections of History and Literature for Cultural and Social Change” held from October 19-20, 2019. In his lecture, Professor Ahsanuzzaman theorized intersection and zoomed in on the importance of the 1952 language movement on the emergence of Bengali nationalism and Bangladesh.
The plenary lecture at Manipur University, Imphal entitled “Adapting and performing A Doll’s House in Bangladesh: a Look at Khulna University’s Ninaad” Professor Ahsanuzzaman gave in the international conference on “Interdisciplinary Studies: Redefining Boundaries of Humanities and Social Sciences” held from 22-23 November 22-23, 2019. In this talk which was accompanied by a screening of selected scenes from Ninaad that he directed in 2017, Ahsanuzzaman considered what happens when a text travels to a new place and time. Besides, giving the plenary talk, he addressed both the inaugural and concluding sessions of the conference as a guest of honor.