IUB student awarded in South Korea by its Minister of Education 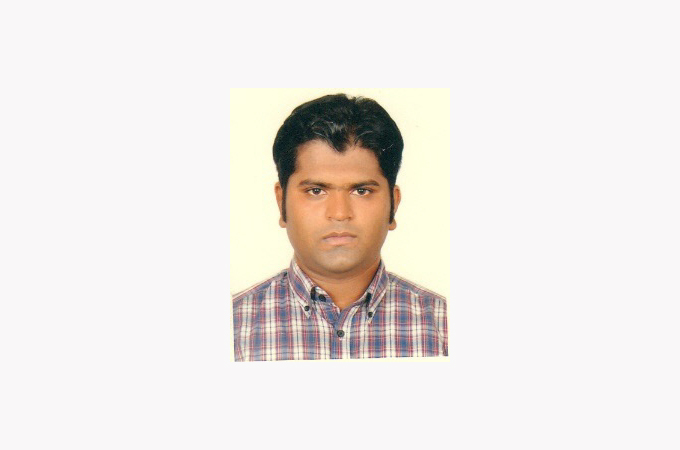 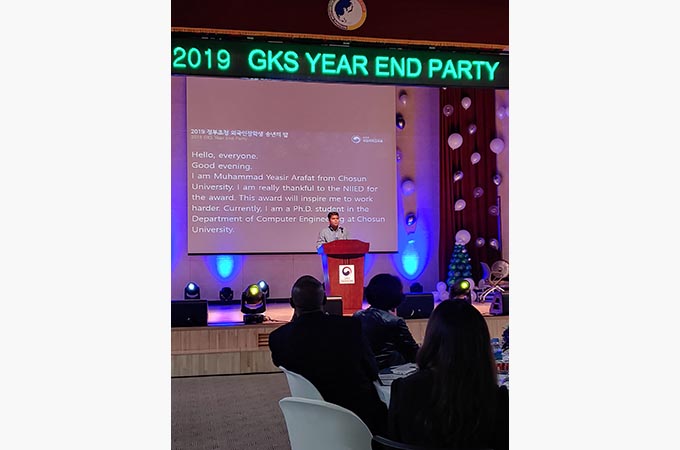 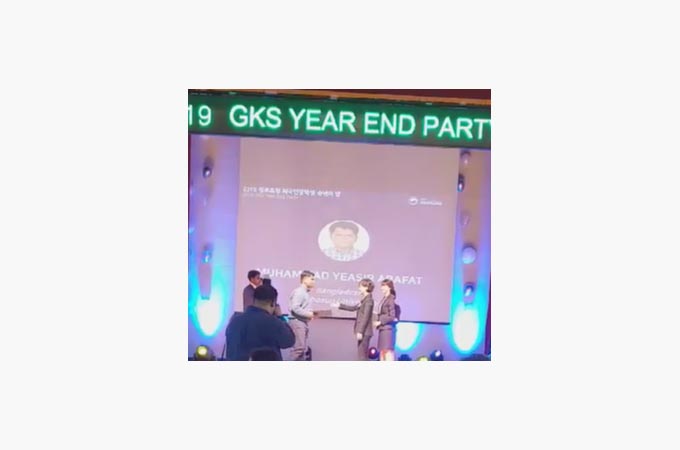 Muhammad Yeasir Arafat, IUB alumnus who did his B.Sc. in ETE and MSc in Telecom from IUB and currently doing PhD in Chosun University, South Korea was recognized as one of the top foreign scholars of national universities and was awarded the ‘Minister of Education Award’. According to Chosun University, he received the ‘Best Academic Achievement Award (Minister of Education)’ for his research achievements at the “Year of the Year” event and received a prize of 1 million won.
The National Institute for International Education holds an annual 'Students' Night of Foreign Scholarships for Foreign Students' in December and awards the ‘Minister of Education’ and the National Institute for International Education for foreign students who share excellence, as well as excellent academic and research achievements.
Muhammad Yeasir Arafat was selected as a foreign scholarship sponsored by the Korean Government in 2016, and has been studying Korean drone network technology under the guidance of Professor Mo Sang-man in Computer Science since September 2017.
Arafat was recognized for his outstanding academic performance and his recent publication and publication of nine research papers at Chosun University. In October, he was particularly attracted by the publication of his findings in the Journal of the Internet of Things Electronics – the top 2% international journal in academic fields.
Professor Mo Sang-man said, “The results of the research that the student has conducted so far have been much better than the government-invited foreign scholars at Seoul's leading universities”.