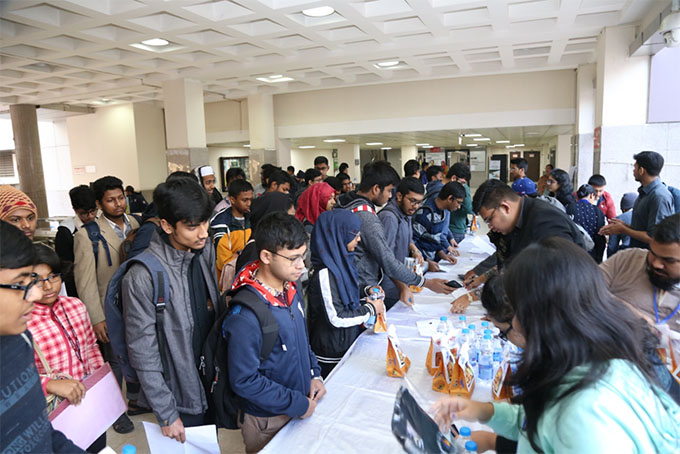 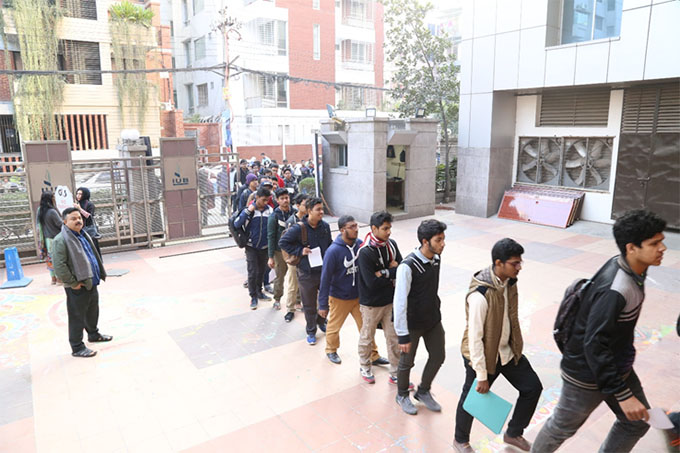 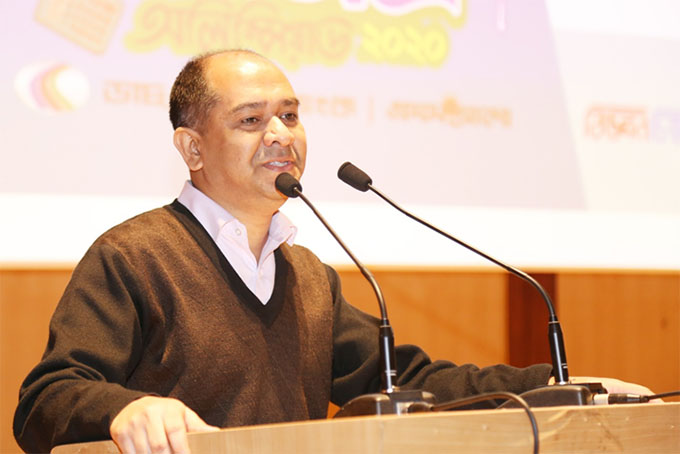 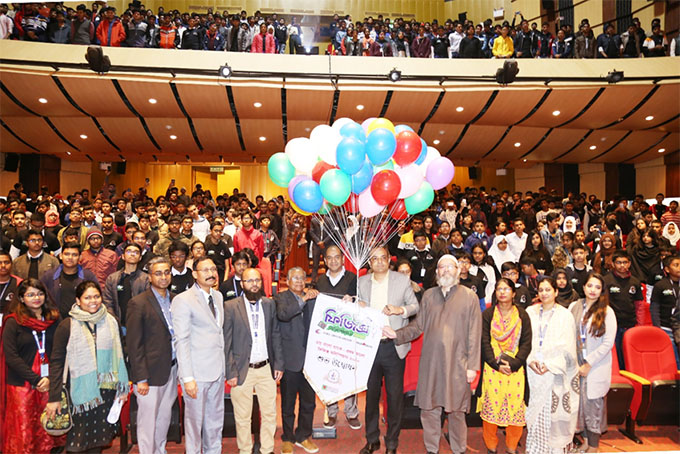 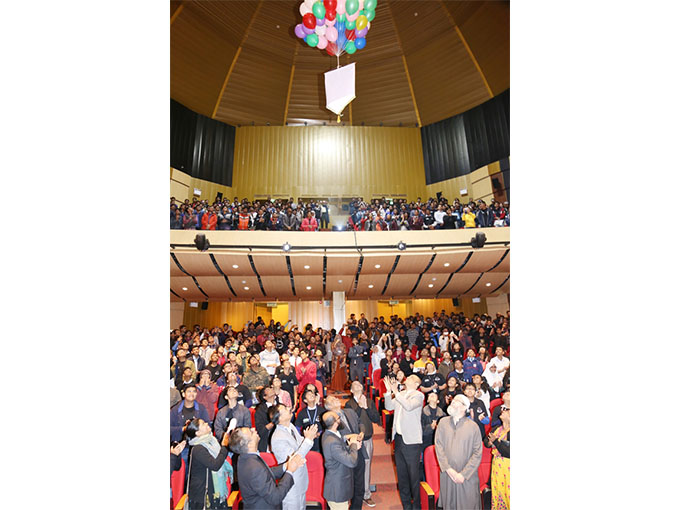 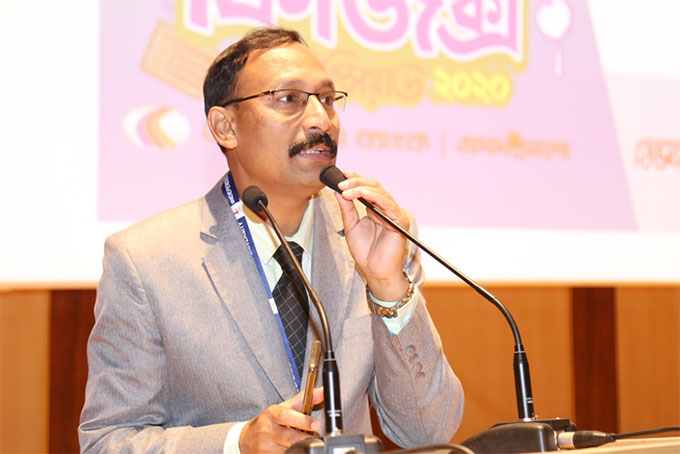 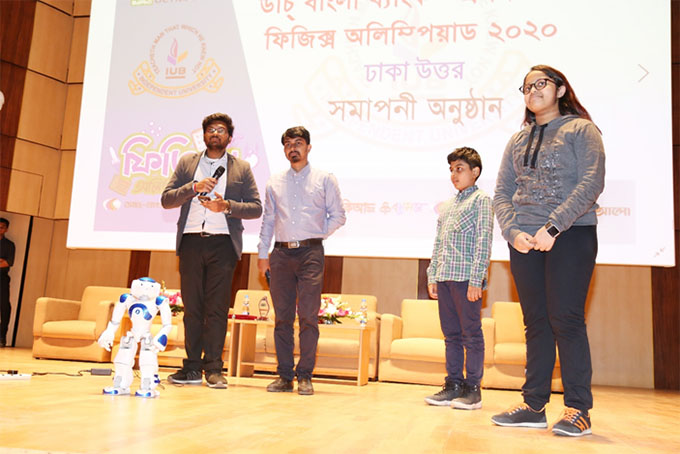 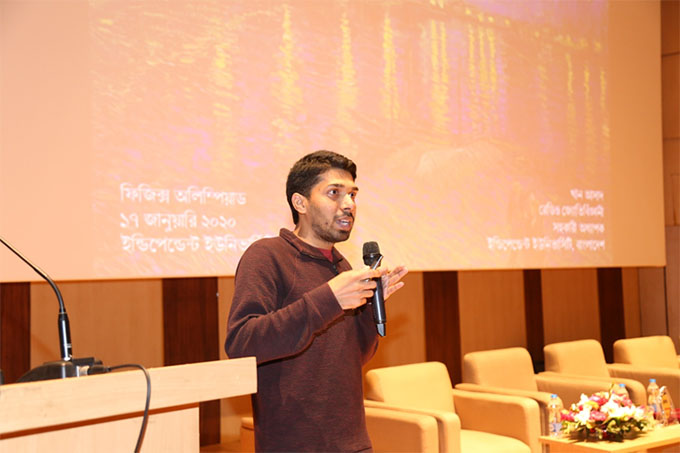 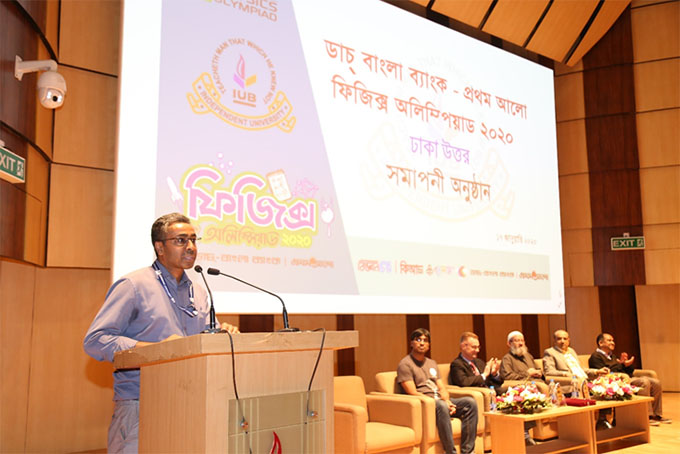 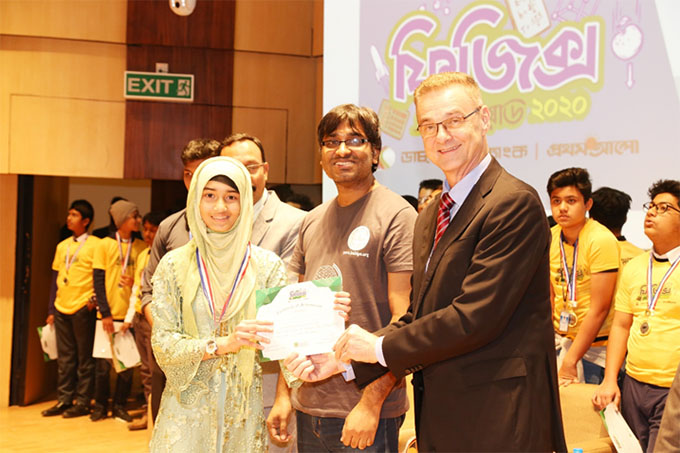 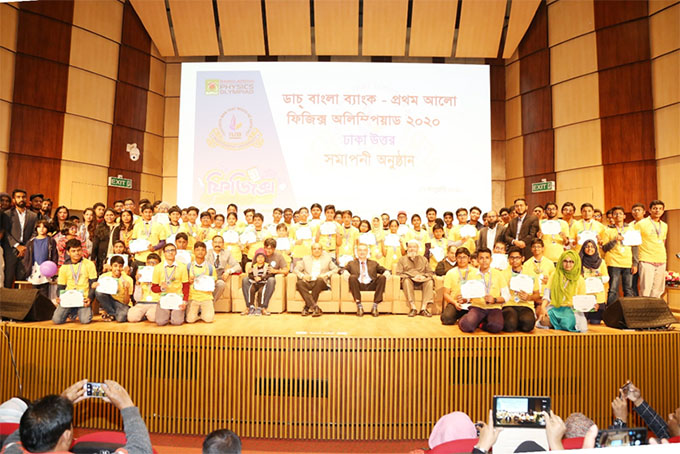 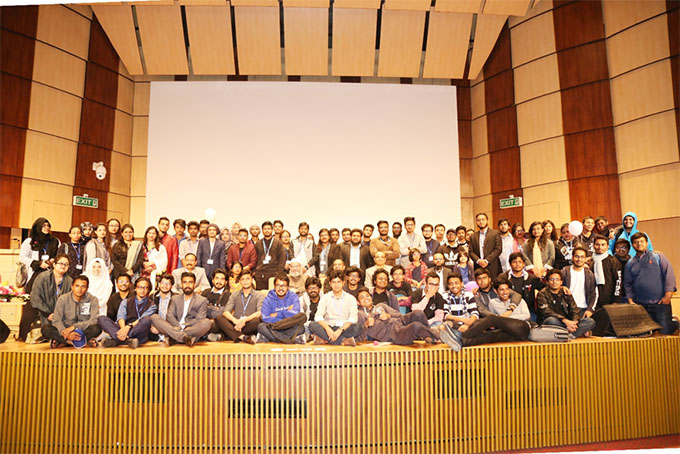 The 10th Dutch Bangla Bank-Prothom Alo Bangladesh Physics Olympiad (Dhaka North) was held at Independent University, Bangladesh (IUB) on January 17, 2020. The daylong program started in the morning after the registration. After the inauguration at IUB Auditorium, the exams were held. In the afternoon, a robot demonstration was performed by the EEE Department, IUB. Radio astronomer and Assistant Professor of the Department of Physical Sciences (IUB), Dr. Khan Asad delivered a lecture on 21st century Telescopes.
An interactive question-answer session was conducted by Prof. M. Arshad Momen before the prize giving ceremony. Prof. Milan Pagon, Vice Chancellor (Acting), IUB distributed medals and certificates among the winners of the Physics Olympiad as the Chief Guest. Dr. Habib Bin Muzaffar, Head, Department of Physical Sciences, IUB, Prof. M. Arshad Momen, Coach of the Bangladesh Team, International Physics Olympiad and Mr. Fayez Ahmed Jahangir Masud, General Secretary, Bangladesh Physics Olympiad Central Committee were also present on the occasion. About 600 students from various schools and colleges participated in the event.
The Bangladesh Physics Olympiad is organized annually and takes place in two phases. The first phase consists of 15 regional contests. This was the fourth consecutive time that IUB has hosted the contest for the Dhaka (North) region. The top performers from the regional contests will be invited to participate in the national contest. The top performers from the national contest will be invited to participate in a training camp from which the best few will be selected to represent Bangladesh in the Asian and International Physics Olympiads.