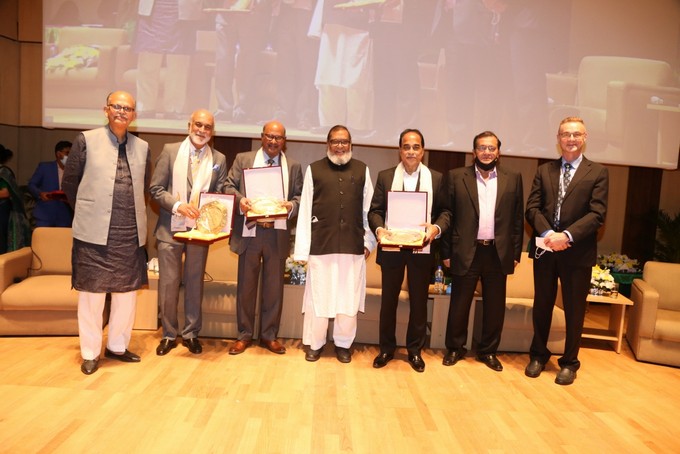 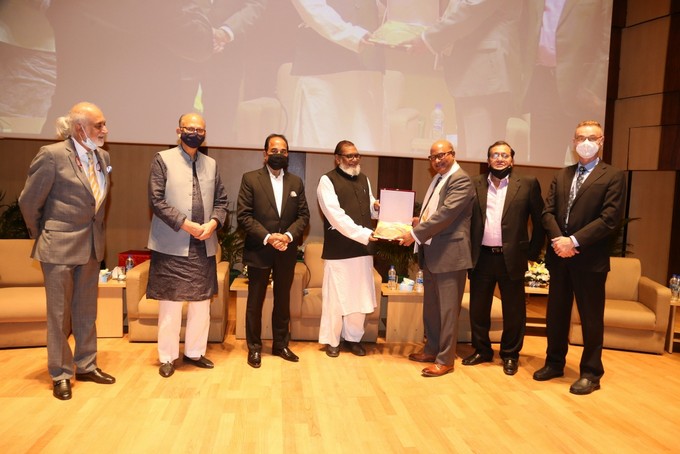 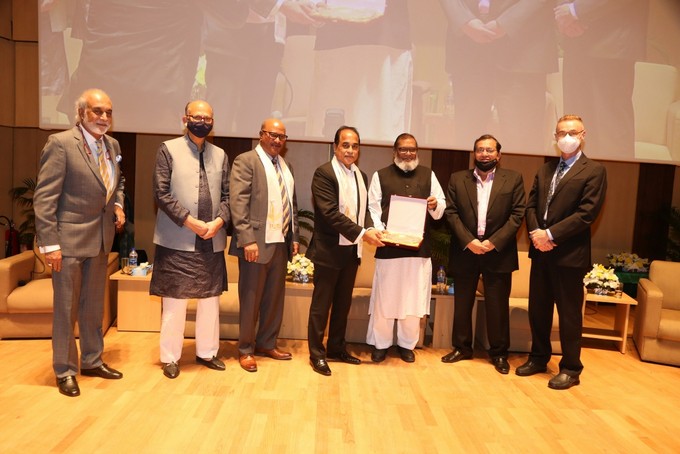 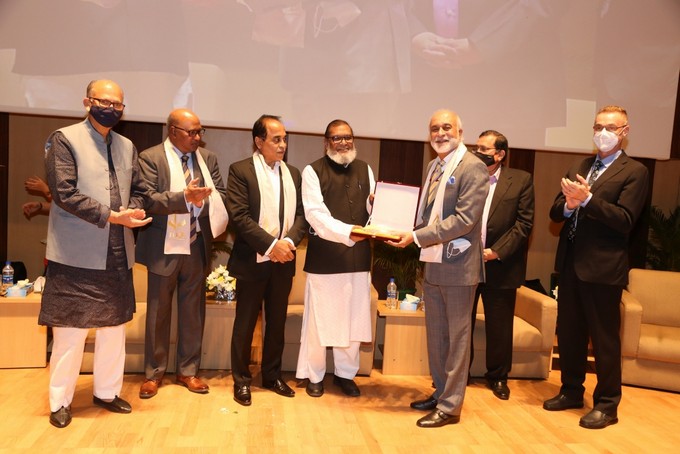 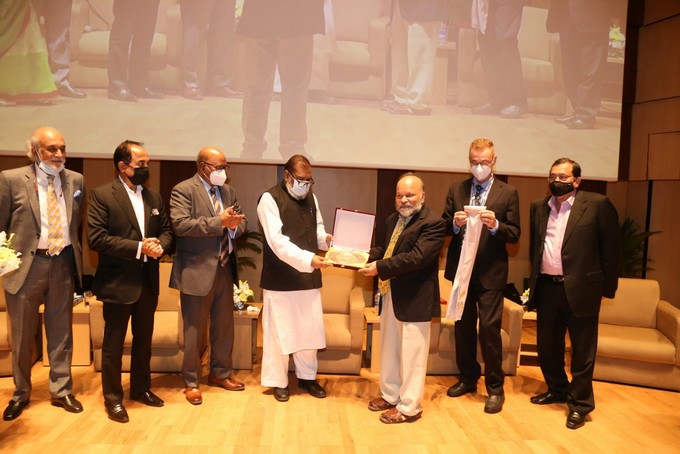 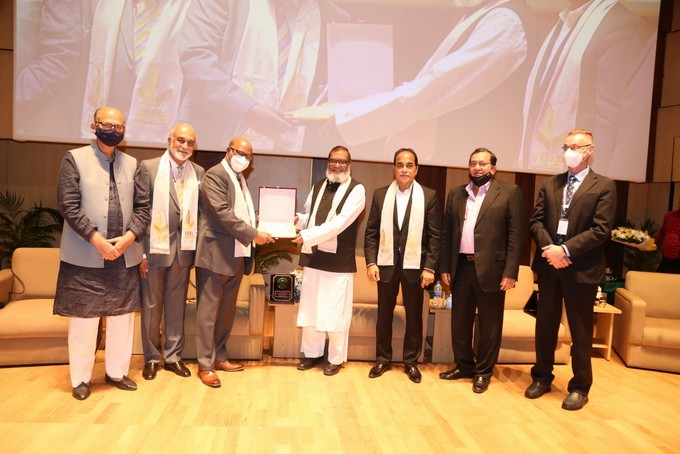 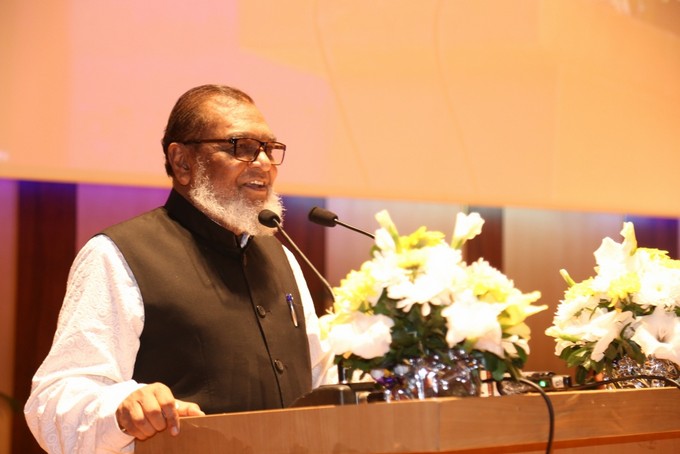 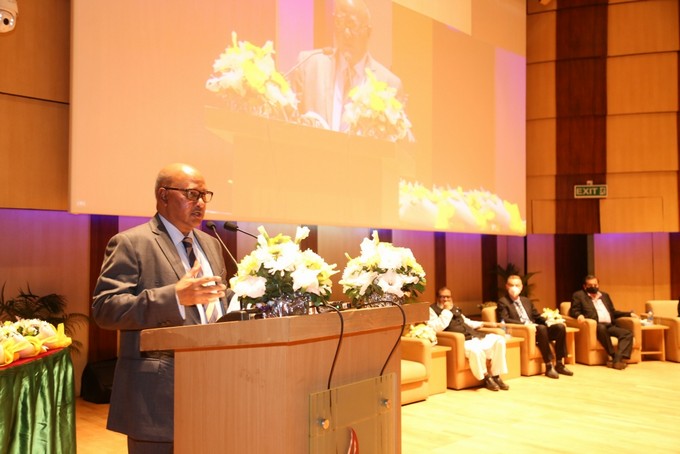 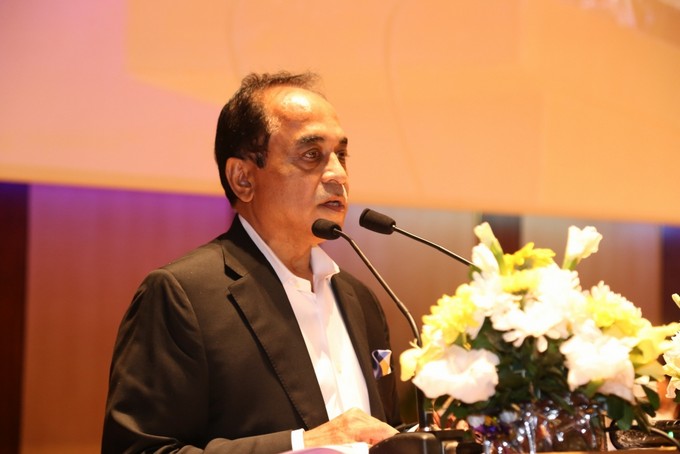 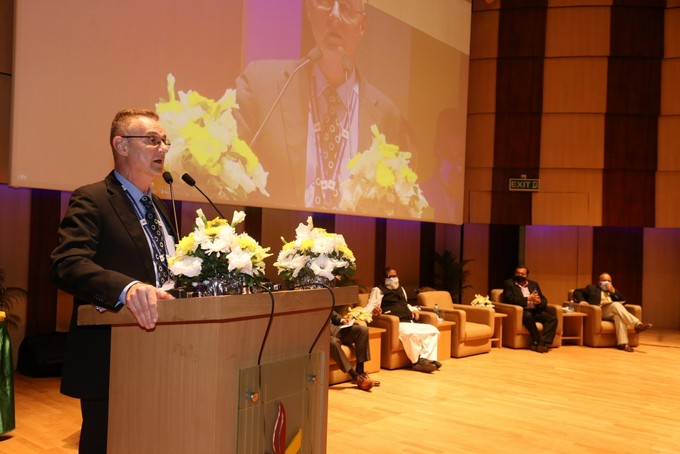 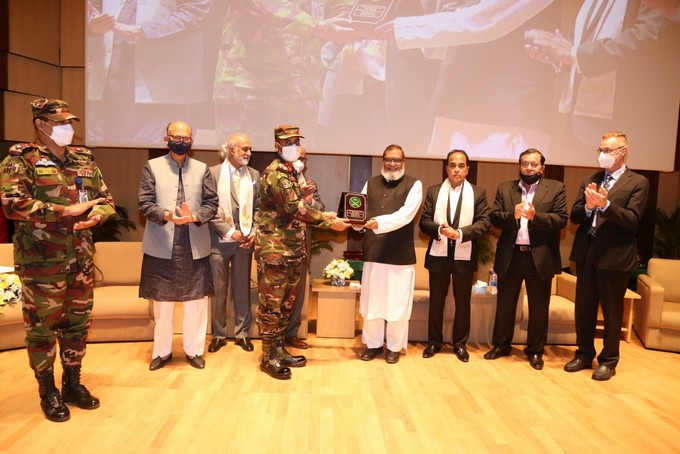 Independent University, Bangladesh (IUB) emerged with the credence & core spirit of ‘independence’. And some devoted Trustees who established this pioneering institution earlier sacrificed themselves for the ‘independence’ of the country. They actively took part in the liberation war in 1971 and eventually secured the red & green flag for our motherland.
As part of celebrating ‘Mujib Centenary’ and on the eve of the 49th victory day of Bangladesh, Independent University, Bangladesh (IUB) organized a remarkable event to tribute these heroes – the ‘Freedom Fighter Trustees’ of the University on December 10, 2020 at IUB campus in Bashundhara R/A Dhaka.
Honorable Minister for Liberation War Affairs, Mr. A.K.M Mozammel Haque, MP graced the program as Chief Guest.
The ‘Freedom Fighter Trustees’ of IUB who had been honored are - Mr. A Matin Chowdhury, Chairman, Board of Trustees; Mr. Didar A Hussain; Mr. A K Ashrafuddin Ahmed; Mr. Anjan Chowdhury; Late Dr. M Tajul Hossain; and Late M A Mohaiman.
Mr. A Matin Chowdhury, joined the liberation war in 1971 when he was a bright medical student of Dhaka Medical College. Later, he was commissioned in the First War Course of Bangladesh Army. Mr. Chowdhury fought the liberation war in sector no. 6 (A) Rangpur, Dinajpur. He was severely injured during an operation against Pakistani army.
Mr. Didar A Hussain, fought as an Officer of 10, East Bengal Regiment while Mr. A K Ashrafuddin Ahmed was the freedom fighter in sector 11. Mr. Anjan Chowdhury was the freedom fighter in Pabna. These heroes fought head-on with the Pakistani forces in different areas and showed extraordinary bravery.
Late Trustee Dr. M Tajul Hossain was one of the greatest liberation war organizers who later became the first Health Secretary of independent Bangladesh. Late Trustee Mr. M A Mohaiman was another outstanding liberation war organizer who also published many credible documents before and during the liberation was.
To celebrate these grand occasions, IUB also organized an essay competition throughout the country and awarded the winners in the program.
In his speech, the Minister said, independence becomes meaningful only when its goals, especially economic and social emancipations are achieved through proper education. To achieve these goals of Bangabandhu, this government, has been working with the spirit of liberation war.
Mr. A Matin Chowdhury shared his unforgettable memories of liberation war fields and urged upon all to devote themselves towards building the nation with the same spirit & dreams that motivated them 50 years ago to fight for independence and clinch a new flag for our motherland.
Prof. Milan Pagon, Vice Chancellor (Acting), IUB put his remarks in the opening ceremony and Prof. Imtiaz A. Hussain, Dean (Acting), IUB delivered the welcome speech.
Members from the faculty and administration, students, distinguished guests and dignitaries were present in the event.