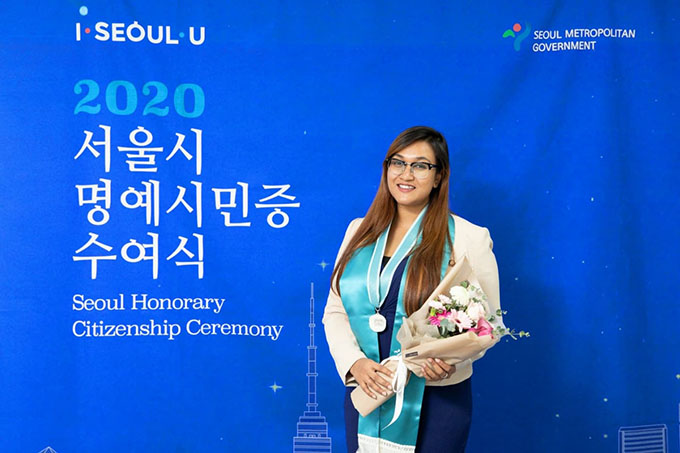 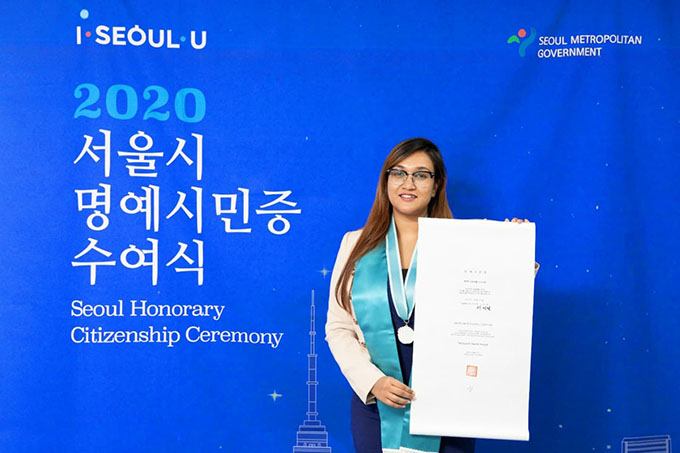 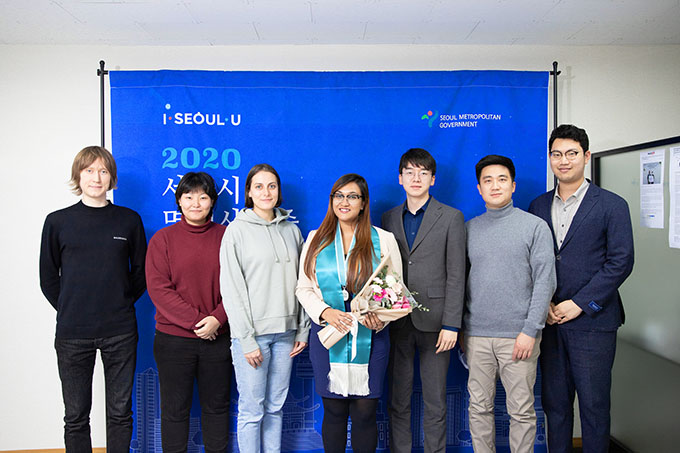 Ms. Tabassum Nasrin Haque, an alumna of the department of Electrical and Electronic Engineering, Independent University, Bangladesh (IUB) has been awarded with the “2020 Seoul Honorary Citizenship Award” by Seoul Metropolitan Government, South Korea. Every year this award is given to those who have actively participated in various policy areas of the Seoul Metropolitan Government, including economy, culture, and tourism, and contributed in various ways to make Seoul better for both Koreans and foreigners. Ms. Tabassum is the first female Bangladeshi to get this award. Ms. Tabassum has been living in South Korea for more than 8 years and has actively participated in many societal issues among foreigners and Bangladeshis. As Bangladeshi, she has introduced Bangladesh and Bangladeshi traditions in many government and non-government platforms, and has raised issues related to Bangladesh in Korea. In addition, Ms. Tabassum has volunteered in various organizations amongst which Beyond the English Divide is the most significant one. This organization helps underprivileged kids of South Korea to learn English for a better future. Learning English in South Korea is very expensive and not everyone gets the chance to learn English, thus loses opportunity. This platform helps the kids from comparatively poorer families to learn English for free. She wants to keep working on helping others and bring awareness about Bangladesh in Korea.
Ms. Tabassum completed her Masters of Engineering from the Department of Computer Engineering from Chosun University in South Korea. She was a grantee of Korean Government Scholarship Program (KGSP) and Brain Korea 21 (BK21). Prior to Master degree, Ms. Tabassum completed her BSc in Electronic and Telecommunication Engineering degree from Independent University, Bangladesh (IUB) where she was awarded with the Magna Cum Laude for her outstanding performance.