An introductory meeting with the new VC of IUB 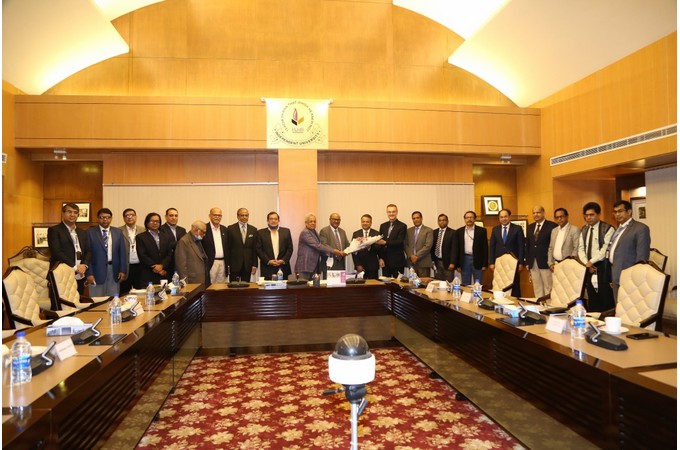 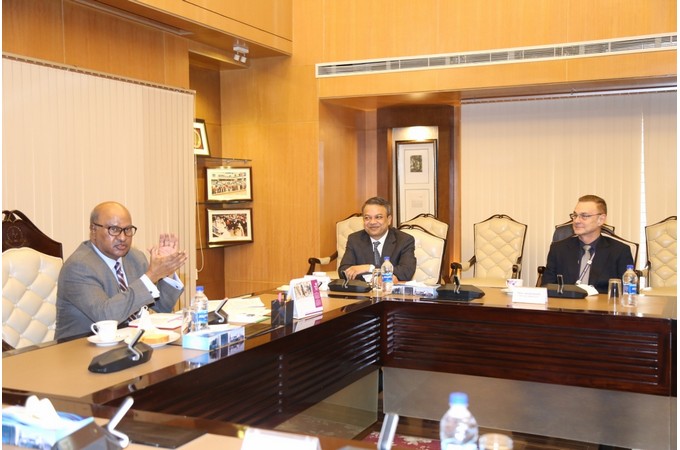 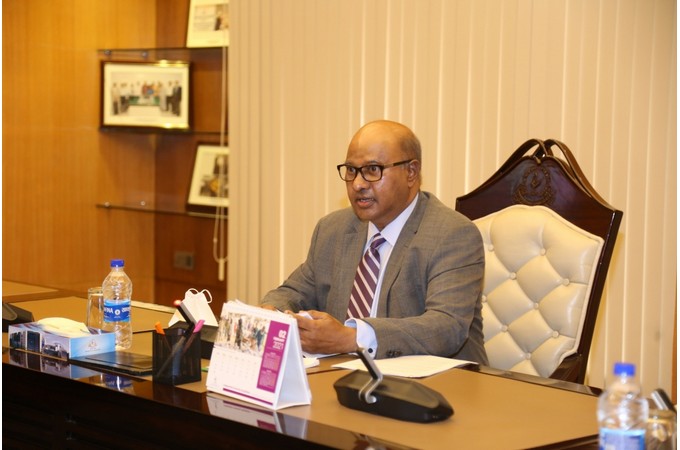 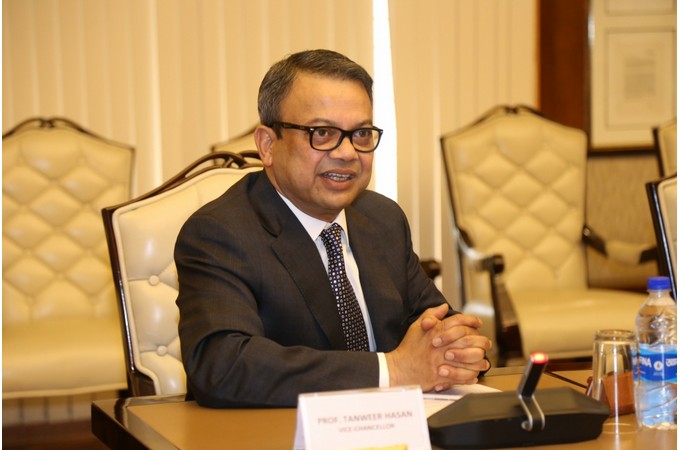 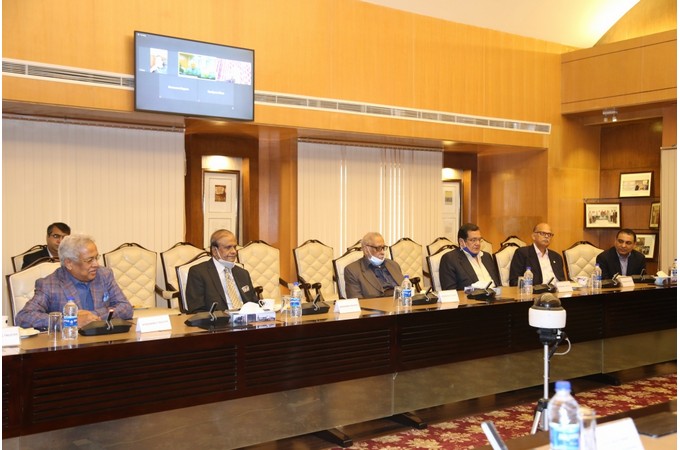 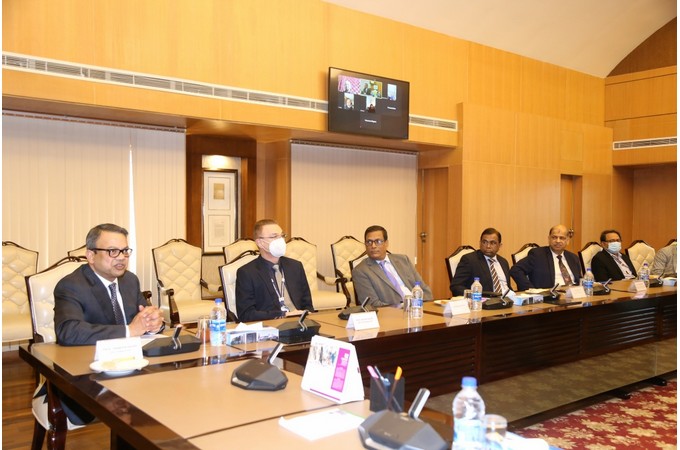 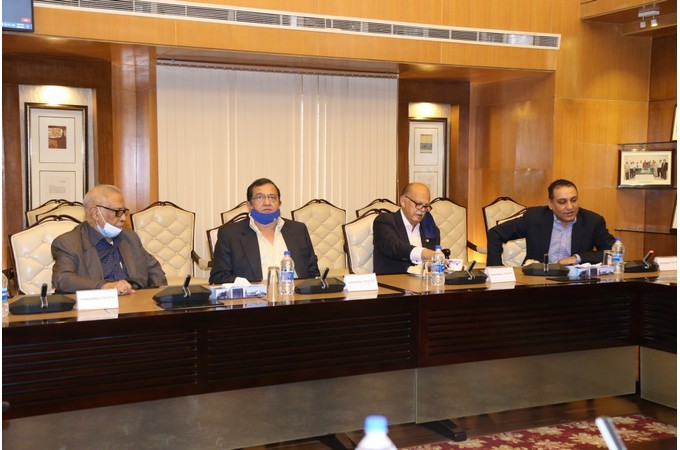 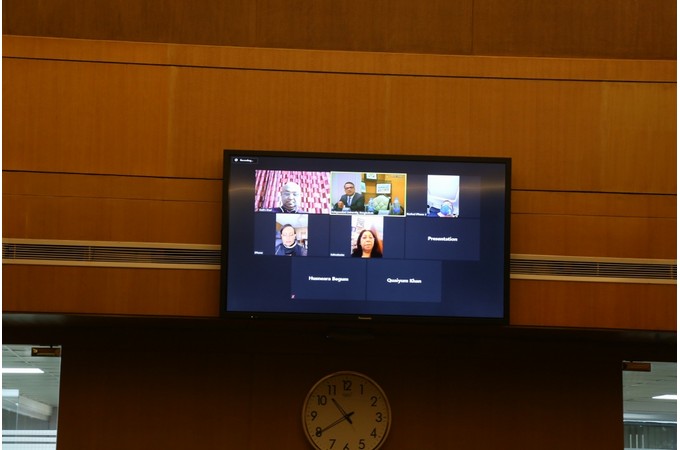 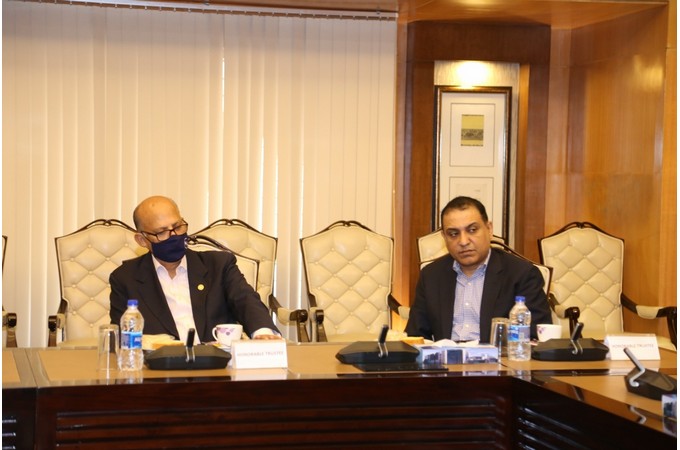 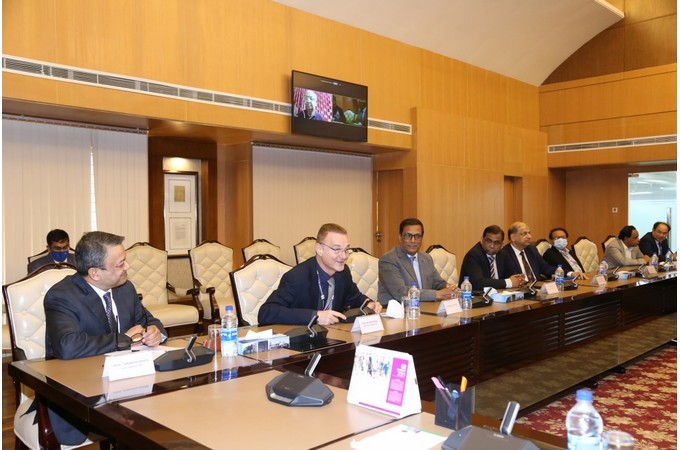 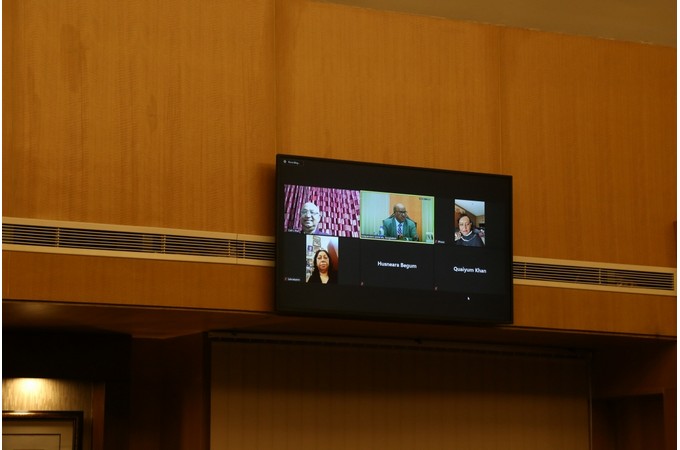 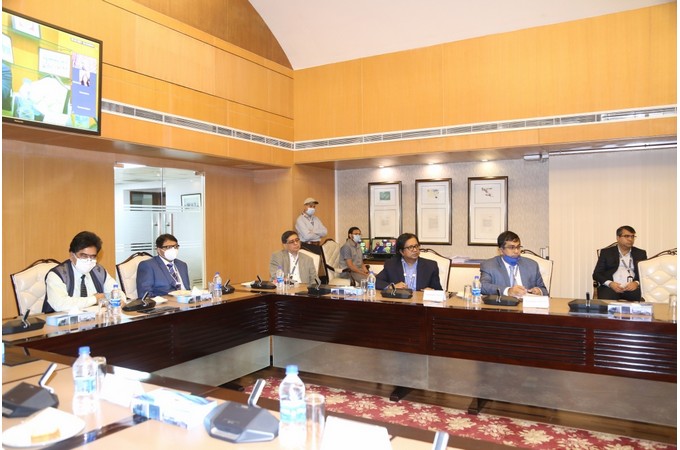 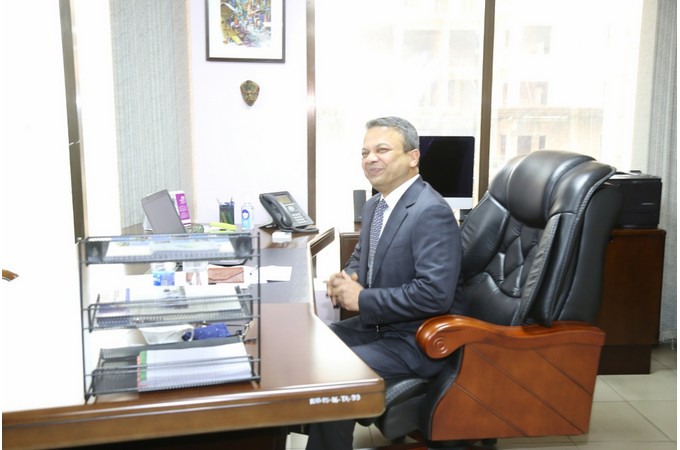 Professor Tanweer Hasan, Rolf A. Weil Professor of Finance at Roosevelt University (IL, USA), joined as the new Vice Chancellor of IUB on February 23, 2021. In this regard, to introduce the new Vice Chancellor to the top management of the University, an introductory meeting was held at the Trustee Lounge where the Chairman, Board of Trustees Mr. A Matin Chowdhury; former Chairman, ESTCDT Mr. Mr. Abdul Hai Sarker; Vice Chairman, ESTCDT Mr. Md. Tanveer Madar; former Chairman, BoT Mr. Rashed Ahmed Chowdhury; Chairman, Finance Committee Mr. Javed Hosein; founder Trustees Mr. S M Al-Husainy & Mr. A K Ashraf Uddin Ahmed; and through online, Trustees Mrs. Salma Karim, Mr. Syed Mahmudul Huq & Mrs. Safia Rahman remained present and also spoke on the occasion.
Along with them, Pro-Vice Chancellor Professor Milan Pagon; Treasurer; Deans of different Schools; and Directors of Administrative Units were present & shared their views and cordially welcomed the new VC to IUB.
Mr. A Matin Chowdhury, Chairman, BoT urged upon all to work as a combined & comprehensive ‘IUB Team’ to achieve the University’s all intended goals.
In his remarks, Professor Tanweer Hasan introduced himself and thanked all concerned for organizing this meeting. Having expressed his gratification for being chosen as the VC of IUB, he stated that to achieve the eventual goal of the University, everyone has to work with a common & unanimous goal and it will only become possible when each person takes the ownership of his or her professional responsibilities. Professor Hasan looked for all-out support of the honorable Trustees, members from the faculty & administration & other concerned to make his journey a success as the Vice Chancellor of IUB.