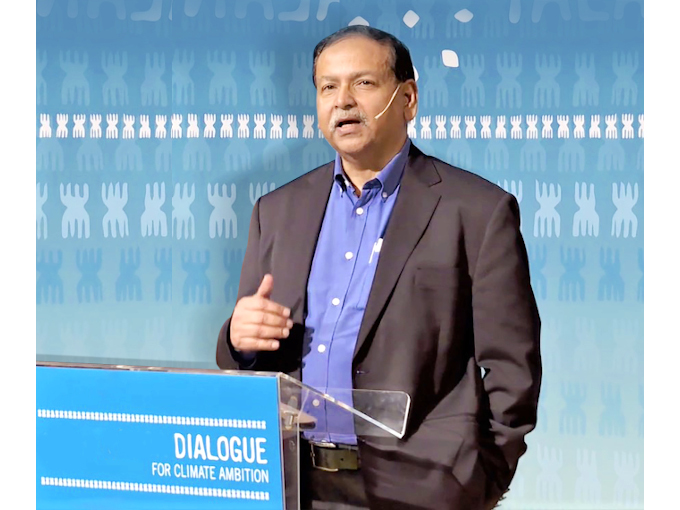 Dr. Saleemul Huq, Director of International Centre for Climate Change and Development (ICCCAD) and Professor of the Independent University Bangladesh (IUB) has been ranked 208th in Reuters Hot List that identified and ranked the world’s most influential climate scientists. Dr. Huq is the only Bangladeshi scientist to achieve this pride on Earth Day, April 20, 2021. The ranking recognizes Dr. Huq's and IUB’s ongoing efforts to propel Bangladesh as a crucial contributor to global knowledge on climate change.
The Reuters Hot List identifies world’s 1000 most influential scientists which is a combination of three rankings. Those rankings are based on how many research papers scientists have published on topics related to climate change; how often those papers are cited by other scientists in similar fields of study, such as biology, chemistry or physics; and how often those papers are referenced in the lay press, social media, policy papers and other outlets.
Dr. Saleemul Huq is an expert on adapting to climate change in the most vulnerable developing countries and was one of the principal authors of the third, fourth and fifth assessment reports of the Intergovernmental Panel on Climate Change (IPCC). He also advises the Least Developed Countries (LDC) group in the United Nations Framework Convention on Climate Change (UNFCCC).
Under the dynamic leadership of Dr. Huq, ICCCAD at IUB has recently won a six-year project from Norway Higher Education (NORHED) under NORAD on “Co-creating knowledge for local adaptation to climate change in the LDCs” with four other partners - Norwegian University of Life Sciences (NMBU), Pokhara University in Nepal, University of Eduardo Mondlane of Mozambique & Makarere University of Uganda. The project proposal was submitted under the LDC Universities’ Consortium on Climate Change (LUCCC), which is now an official program of the 47 LDC governments. IUB is a founding member of LUCCC.