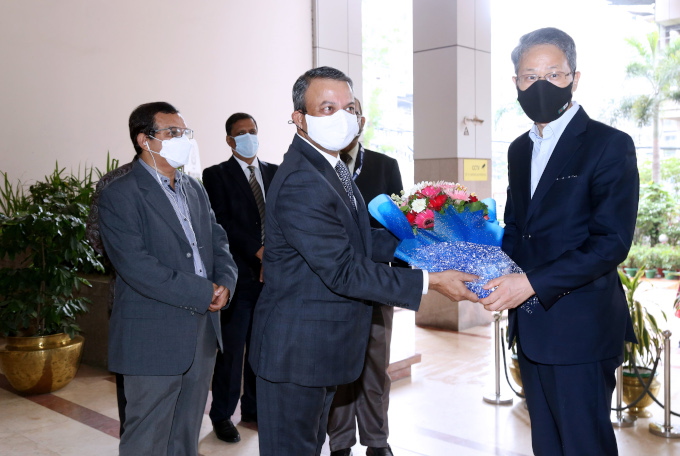 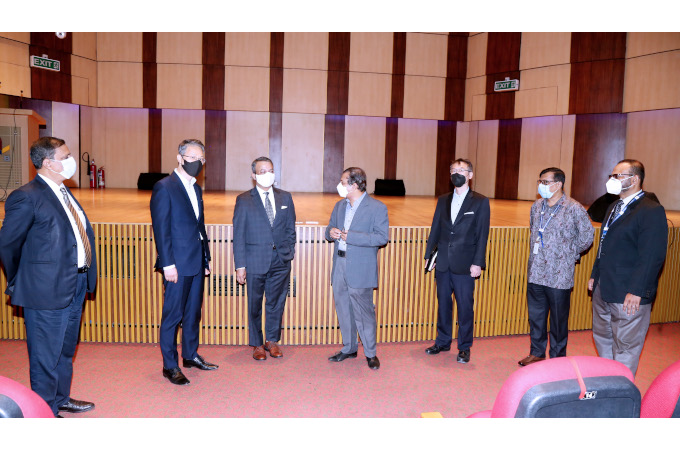 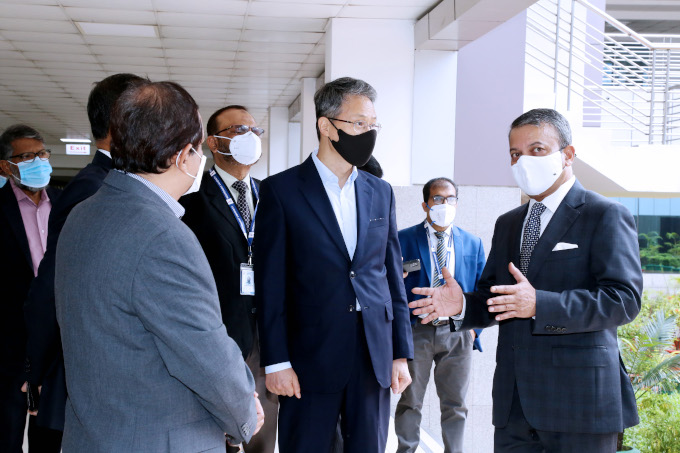 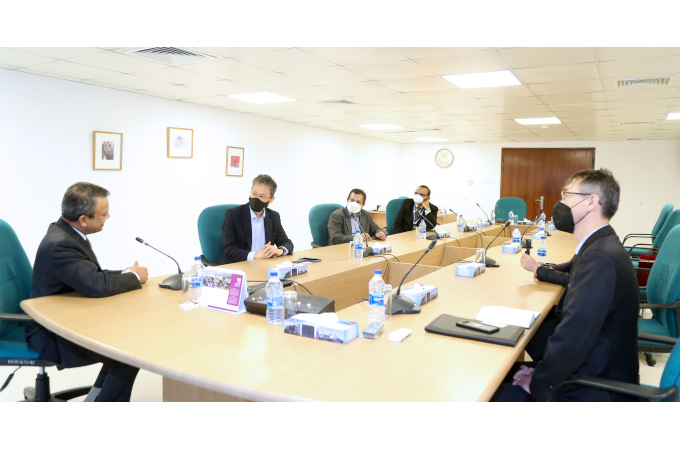 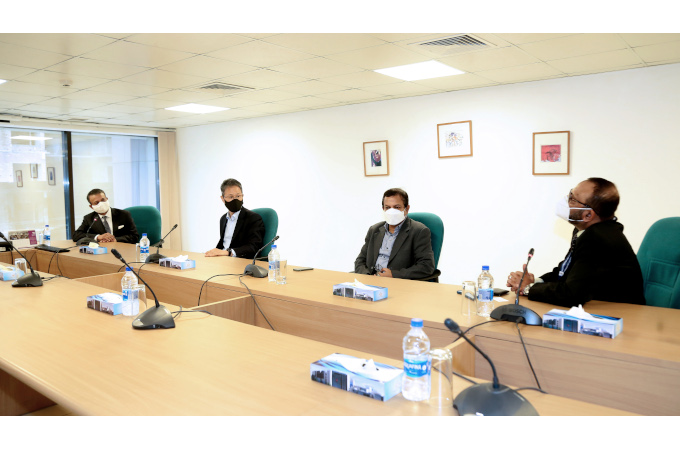 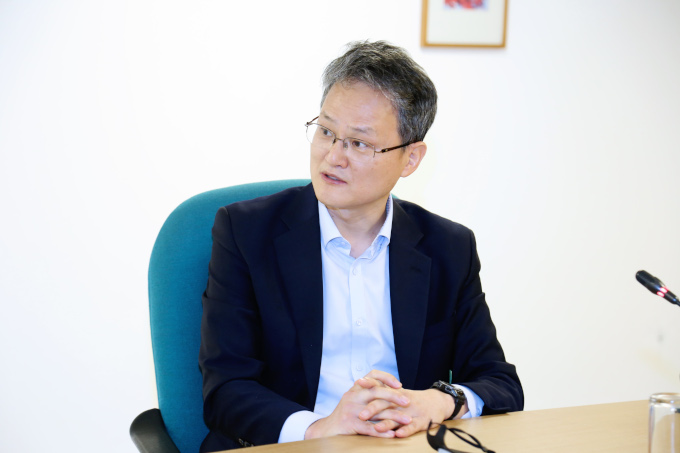 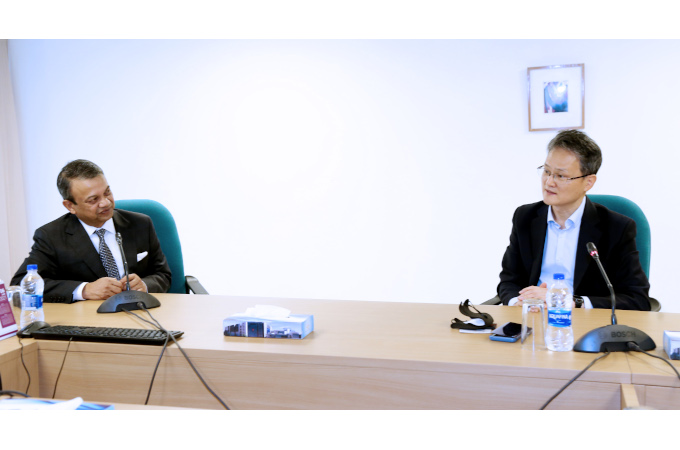 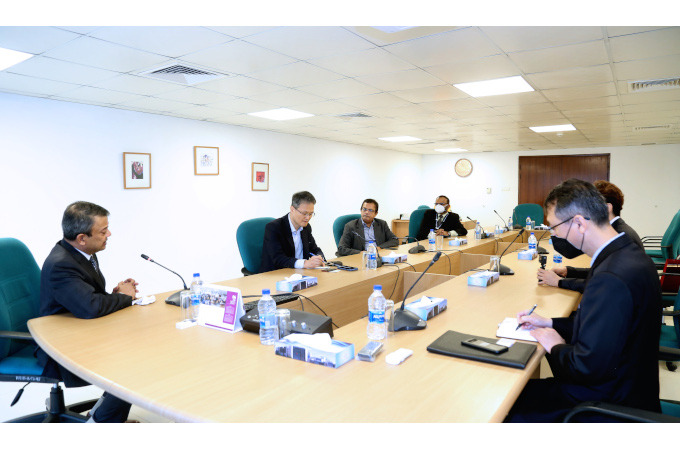 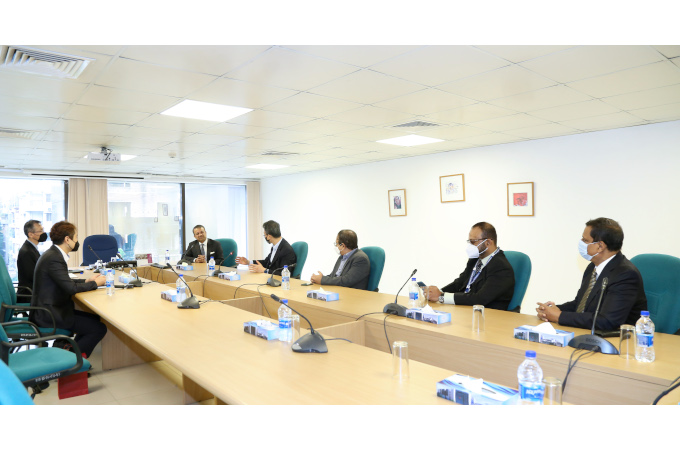 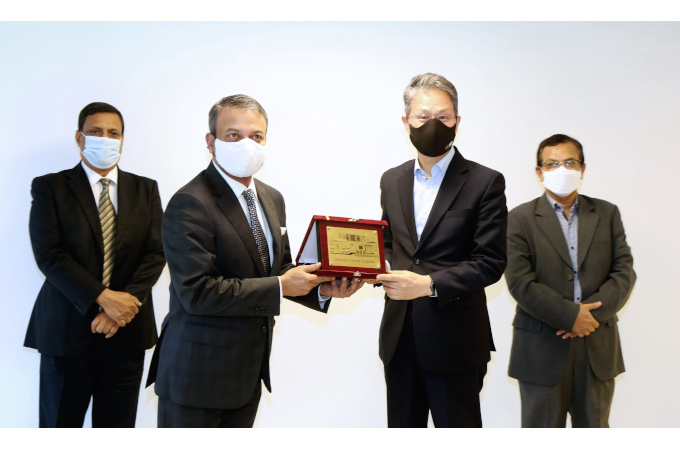 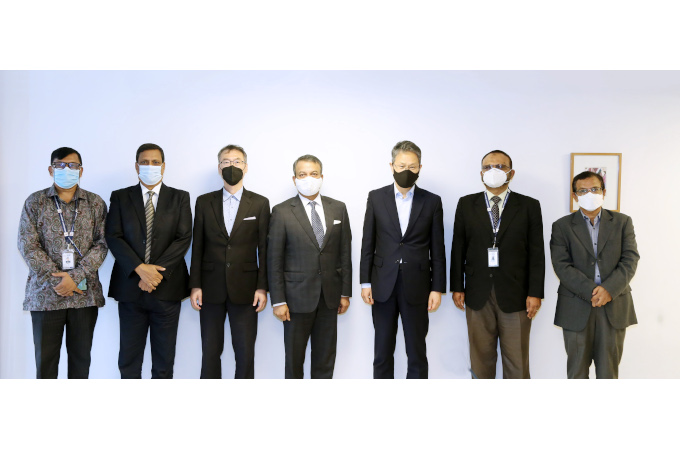 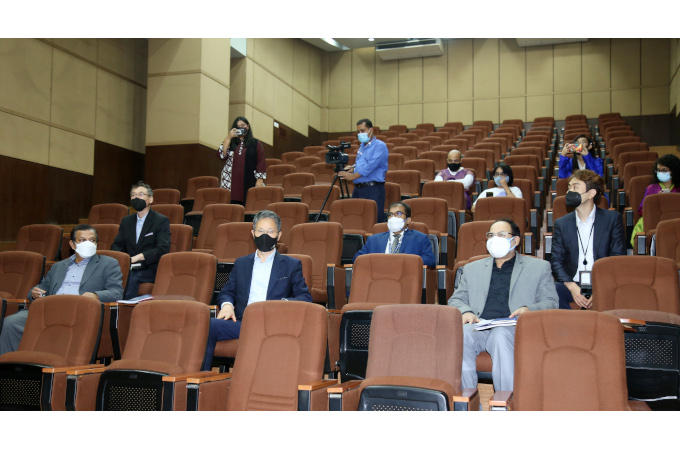 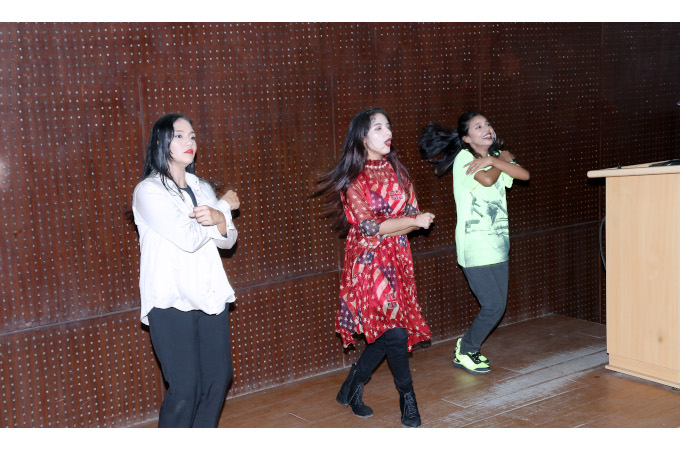 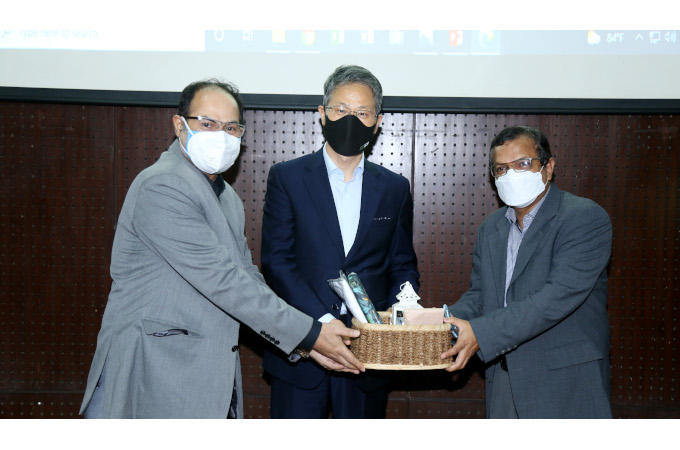 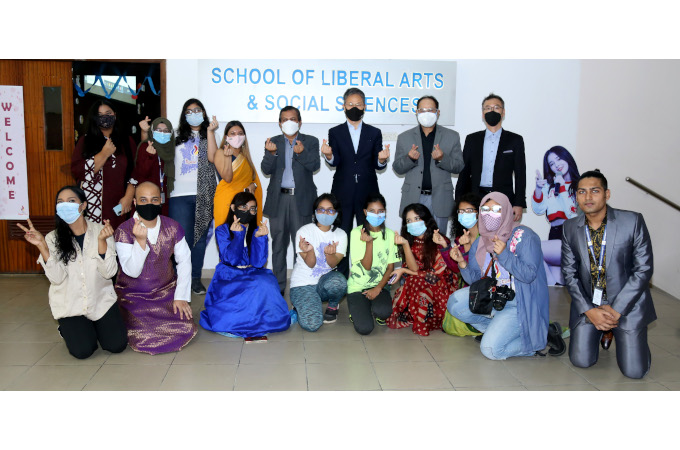 H. E. Lee Jang-keun, Ambassador of the Republic of Korea (South Korea) in Bangladesh visited Independent University, Bangladesh (IUB), one of the leading private universities of the country on June 17, 2021 located at the capital's Bashudhara Residential Area. Ambassador Lee met the IUB’s Vice Chancellor, Tanweer Hasan, PhD as part of maintaining a bilateral relationship with IUB and working together to strengthen the academic and cultural collaboration between IUB and Korean Universities. This significant meeting was called by the Korean Culture Expert and Eminent Film Researcher and the Head of the Department of Media & Communication of IUB Professor Zakir Hossain Raju. The Pro-Vice Chancellor, Professor Niaz Ahmed Khan, The Treasurer Khandker Md. Iftekhar Haider and the Registrar Brig Gen (Retd) Md. Anwarul Islam were present during this time.
Ambassador Lee focused on facilitating the setup of the Korean Language Learning Centre by Korean Faculty and also discussed to set-up Korean Center at IUB with an objective to develop academic and cultural exchanges. This meeting carries a great significance in emphasizing IUB’s status as a high-quality international institution in the local and global arena. Professor Hasan shared how IUB has repositioned its vision and mission.
Later, Professor Raju who has developed a semester-long course on Korean Cinema and Society, which he has been teaching at IUB from 2016, accompanied the Ambassador to the Broadcast Journalism (TV) Lab and Audio Visual Post Production Lab of Media & Communication Department. The Ambassador, his entourage and the Dean, School of Liberal Arts & Social Sciences, Professor Dr. Taiabur Rahman, Professor Zakir Hossain Raju, Lecturer of Media & Communication Department and coordinator of IUB K-Club Raiyana Rahman attended a cultural presentation in honor of the Ambassador. Ambassador Lee thanked Professor Raju for being promoting Korean Studies in Bangladesh particularly in IUB as Korean cinema is taught at leading universities around the globe to discuss Korean studies, this course at IUB is the only such course taught in South Asia under the leadership of Professor Zakir Hossain Raju. The presentation was organized by the IUB K-Club.