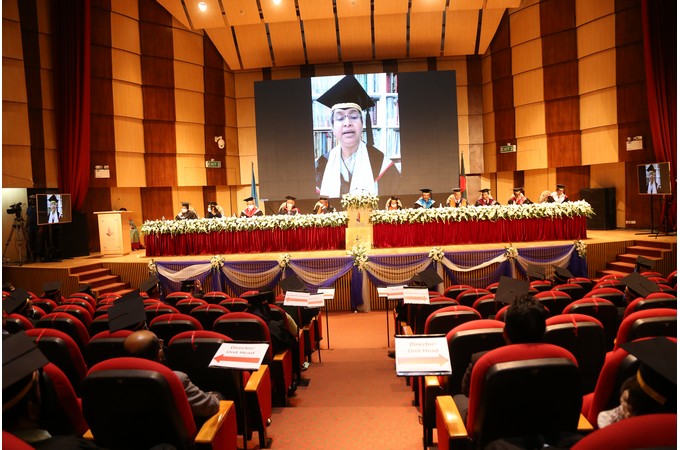 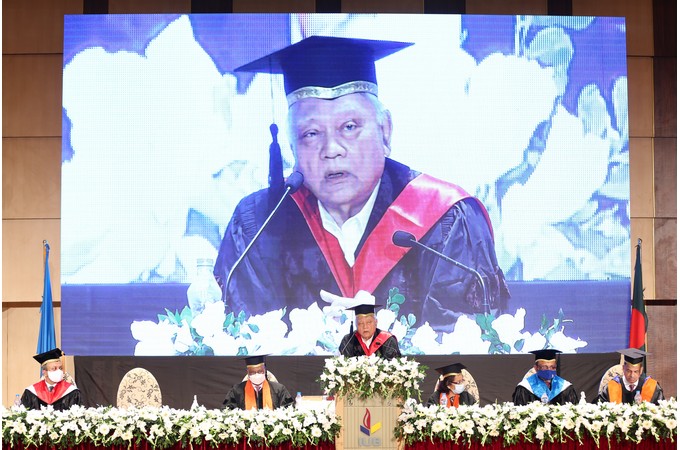 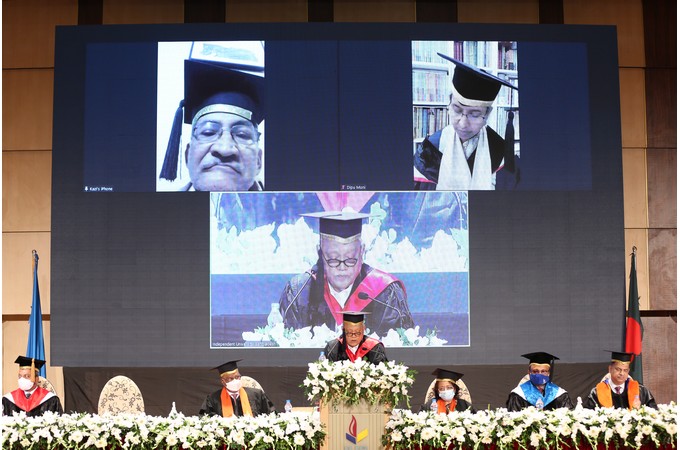 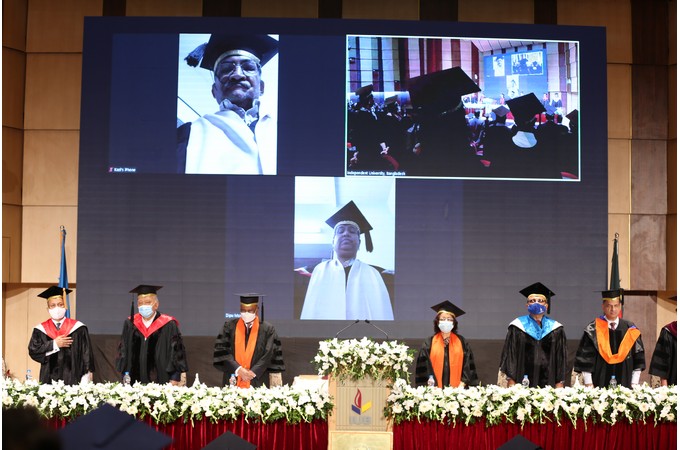 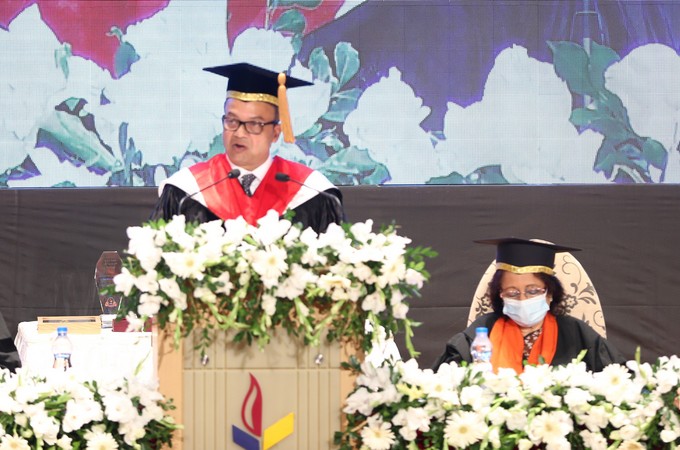 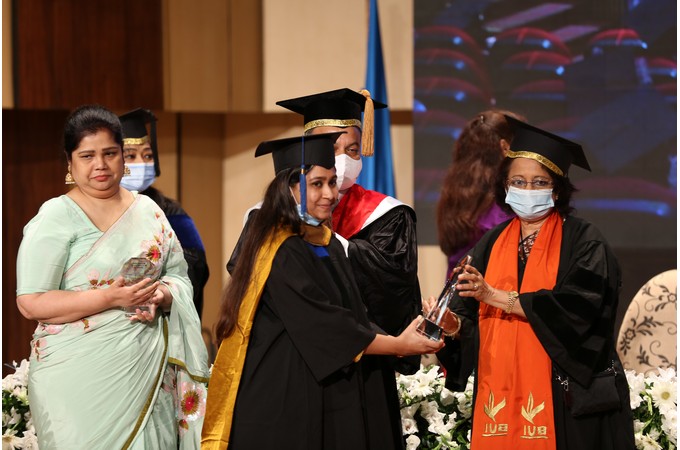 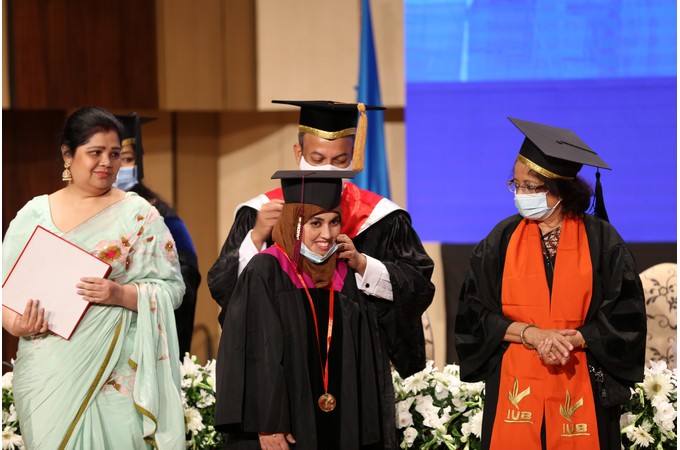 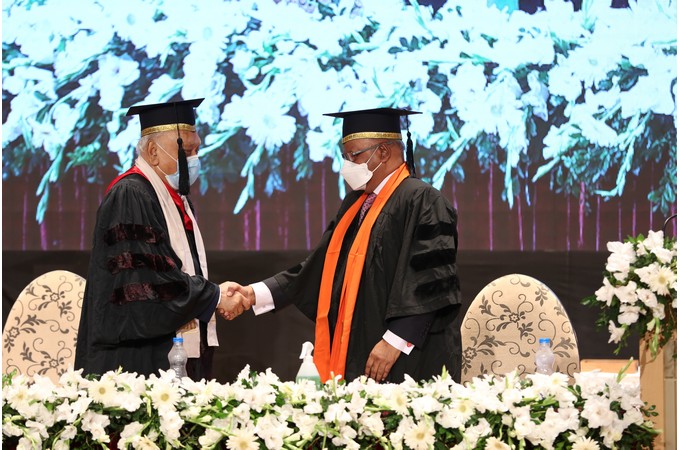 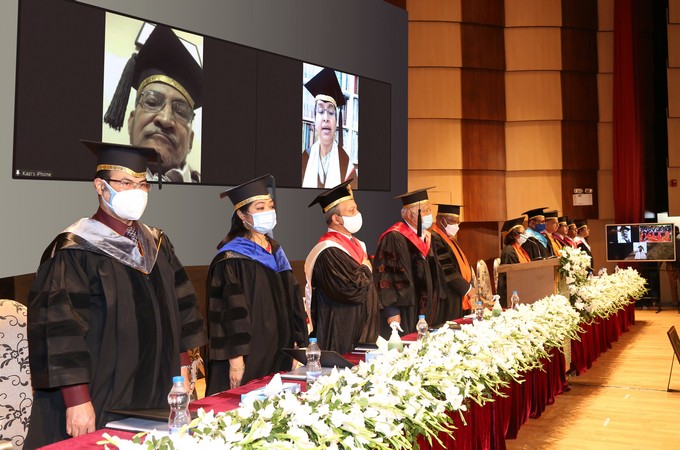 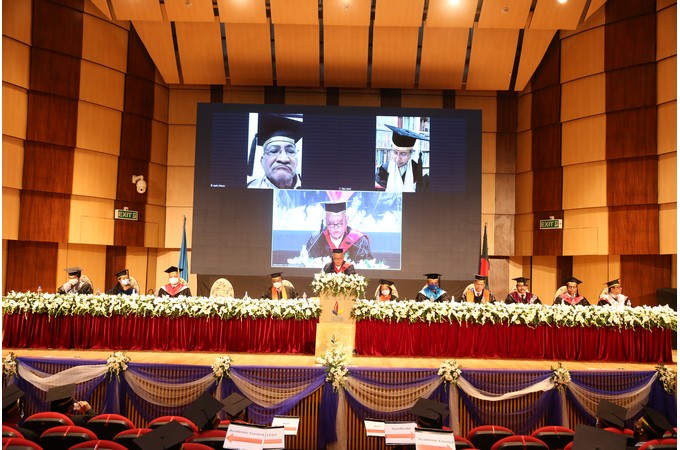 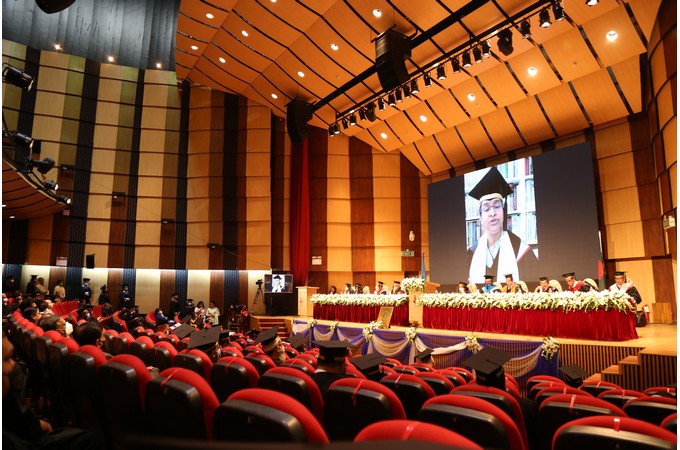 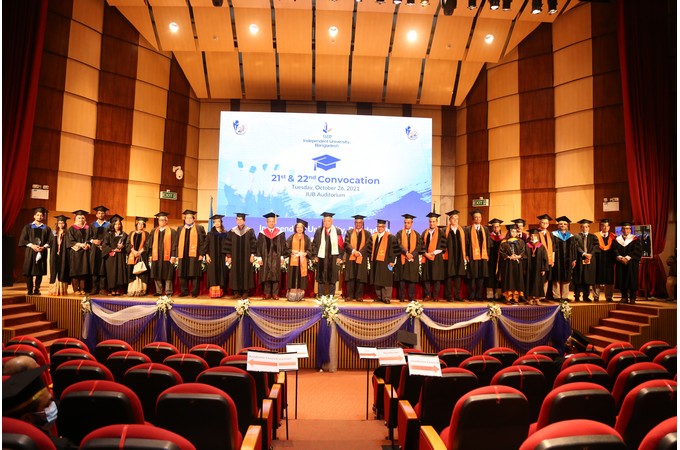 Independent University, Bangladesh (IUB) held its 21st and 22nd Convocations virtually on Tuesday, October 26, 2021. Dr. Dipu Moni, MP, Honorable Minister, Ministry of Education, presided over the program and conferred the degrees on behalf of the Honorable President of Bangladesh and the Chancellor of the university.
The education minister highlighted the importance of developing soft skills for future graduates. She said: “Our graduates need to improve their problem-solving, leadership, and most importantly, communication skills so they can truly express themselves.”
Convocation Speaker Syed Manzur Elahi, founding chairman of Apex Footwear Ltd and former advisor to the caretaker government, said: “We now live in the information age. Students need to improve their ability to think critically so that they can keep up with fast moving world.”
In his special guest's speech, Professor Kazi Shahidullah, Chairman of the University Grants Commission of Bangladesh, expressed hopes that the IUB graduates would be able to use their newly-earned qualifications to become independent thinkers, and above all good and caring human beings.
Mr. A Matin Chowdhury, Chairman of the IUB Board of Trustrees, said the graduates were fortunate that they were graduating at a time when the nation was celebrating the 50th anniversary of independence and the centennial birth anniversary of the father of the nation Bangabandhu Sheikh Mujibur Rahman.
Mrs. Nilufer Zafarullah, Chairman of IUB’s Education Science Technology and Cultural Development Trust (ESTCDT), said: “I am confident that wherever you [graduates] go or whichever profession you choose, you will all make us proud by keeping your commitment to achieving excellence”.
IUB Vice-Chancellor Tanweer Hasan, PhD, said: “Do not be afraid to go out into the real world with full confidence, because if you have managed to finish your degree amidst a raging and devastating pandemic, there surely cannot be many things which you cannot do if you set your mind to it."
A total of 2,143 graduates of bachelor and masters programs and disciplines received degrees under five different schools. In the 21st Convocation, out the 1,279 graduates, 899 were from the undergraduate programs and 380 were from the masters programs. In the 22nd Convocation, out of the 864 graduates, 670 were from the undergraduate programs and 194 were from masters programs.
Suraiah Khan, a graduate of Environmental Science, was awarded the Valedictorian and the Chancellor’s Gold Medal. For the 21st Convocation, Rahatul Jannat received the Top Graduate Award, John Mark Joy Madhu received the All-Rounder Award, Naila Binte Zakaria received the Cultural Activities Award, Dipto Podder received the Sports and Games Award, and Tasnim Zuairia Ahmed received the Community Service Award.
For the 22nd Convocation, Sobiya Aziz Badat received the Top Undergraduate Student Award, Abu Hena Mostofa Kalam received the Top Graduate Student award in the 22nd Convocation. Nausheen Karim Ahmed received the All-Rounder Award and Md. Mazed Hossain Makki received the Community Service Award.
IUB Pro-Vice Chancellor Professor Niaz Ahmed Khan delivered a vote of thanks to the guests and participants. The first ever virtual convocation events in the history of IUB were broadcasted live on the university’s official Facebook page and the YouTube channel.