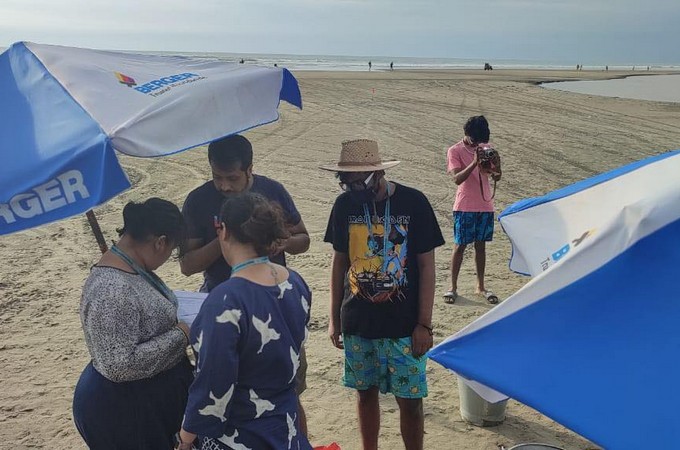 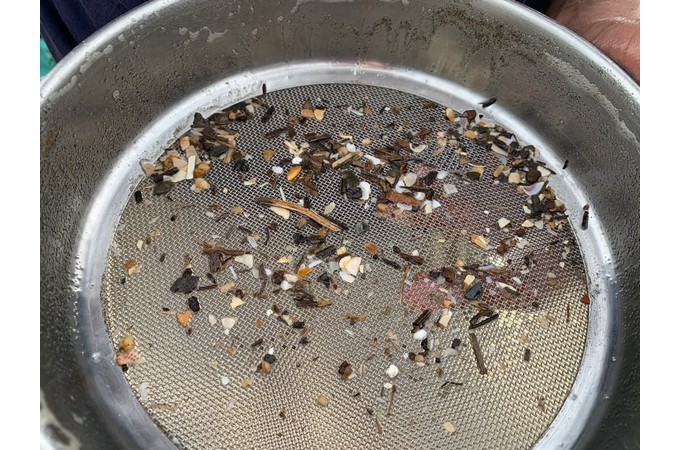 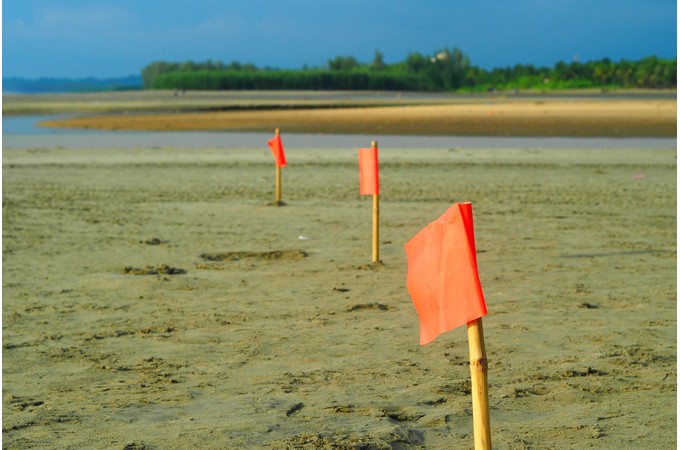 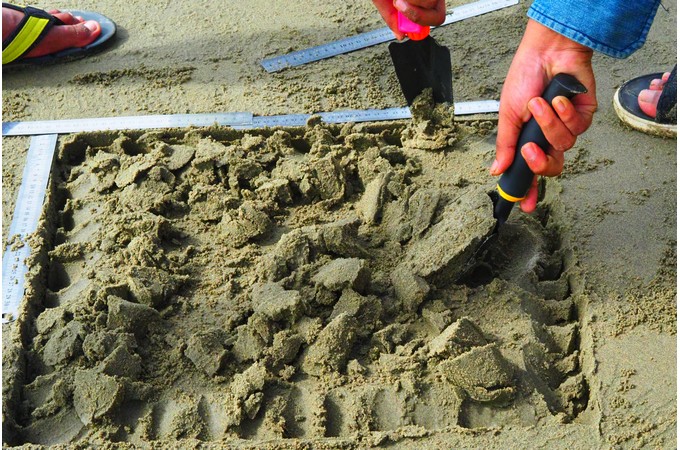 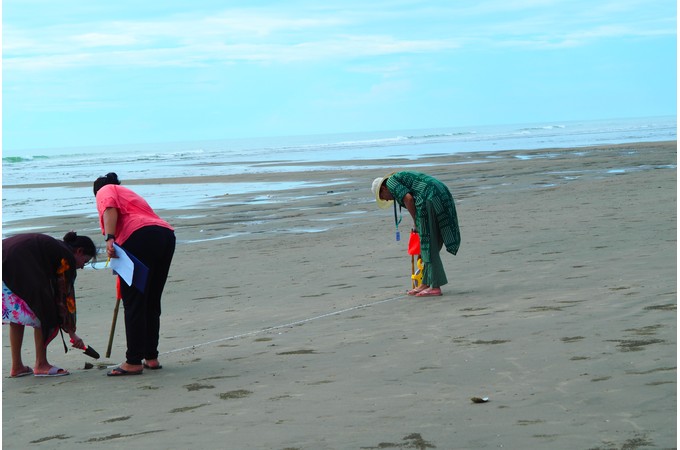 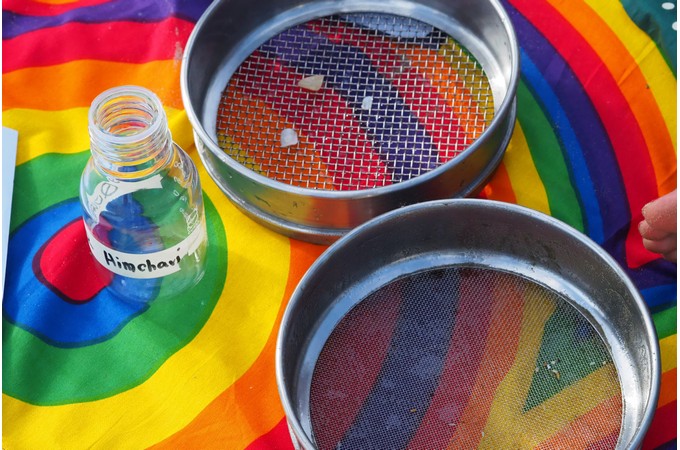 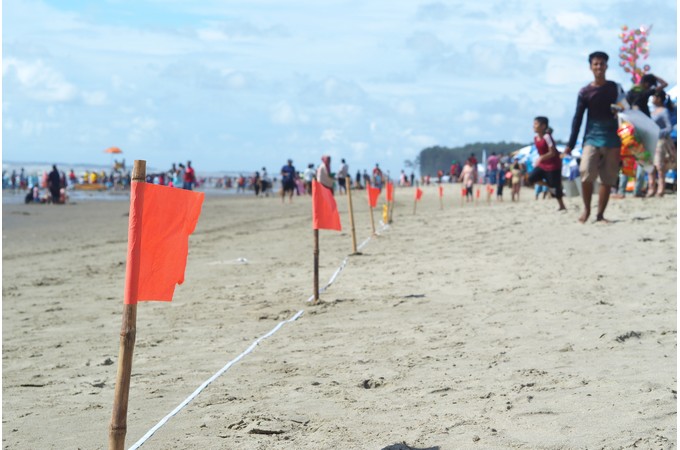 Plastic pollution of the marine environment has become a serious issue of universal concern. Plastic waste is spoiling the oceans of the world and threatening the lives of millions of sea creatures. In recent years, an estimated four million tons of microplastic have been found on the ocean floors around the world and an alarming amount of nearly 2.5 million tonnes of plastic is entering the oceans each year from rivers.
Although many studies have been conducted in different parts of the world to measure the actual extent of damage from plastic pollution in marine ecosystems, not too many studies are known to have been done in Bangladesh. With this in mind, a team of researchers from the Department of Environmental Science and Management of Independent University, Bangladesh (IUB) launched a survey to measure the extent of damage caused by plastic waste in the sandy shores of Cox’s Bazar, Bangladesh’s biggest tourist destination.
The eight-day field study was conducted in Cox’s Bazar from 13-22 October 2021 under an IUB-funded research project titled “Temporal and spatial variations in tourist generated waste: Ecological consequences for tropical sandy shore ecosystems in Cox’s Bazar”. The study assessed the relationship between commercial tourism and the accumulation of macro- and micro-plastic litter on the sandy beaches of Cox’s Bazar.
The lead investigator of the project is Karishma Sinha, a lecturer at the Department of Environmental Science and Management of IUB. The other members of the team are Jerin Anjum Mouri and Syed Ishtyaque Ahmed, both students of the department, currently doing their senior projects under Karishma Sinha. The team also included three other students from the department who worked as volunteers during data collection.
As part of the project, the IUB researchers went on an extended trip to Cox’s Bazar and collected data from five beaches in the district namely, Inani, Himchari, Kolatoli, Shugondha and Laboni, the latter three being heavily frequented by tourists. The researchers also had to make adjustments to their study plans because of the blows that tourism in Cox’s Bazar suffered due to the Covid-19 pandemic. During the preparation stage that involved gathering and procuring equipment, the researchers were strongly supported by IUB’s Environment Chemistry Laboratory, Environmental Biology Laboratory and the GIS Laboratory. The researchers also received training on operating GPS devices.
The study began with a trial run at Kolatoli beach. The researchers followed the National Oceanic and Atmospheric Administration (NOAA) Marine Debris Shoreline Survey Field Guide (Opfer et al. 2012). A 100-meter line parallel to the shoreline was drawn across the high tide point (also known as the ‘wrack line’) during receding tide around 12:30pm over the five days each beach was surveyed. The 100-meter area was then divided into 5-meter sections of 20 and marked with red flags. These sections were then randomly chosen for survey and 30-meter lines were then drawn perpendicularly with the wrack line to create a 5-meter by 30-meter transect. Then GPS coordinates of start and end points and of each transect were recorded. They also collected information such as the estimated number of tourists, availability of parking lots, weather conditions, etc. A team of two researchers then walked up and down each transect and recorded the presence of plastic debris in data sheets. The microplastic survey protocol was based on the recommendations given in the “Guidance on Monitoring of Marine Litter in European Seas” produced in 2013 by the “Technical Subgroup on Marine Litter of the European Commission's Marine Strategy Framework Directive” (MSFD). At the wrack line point of each of the four transects, 50cm by 50cm quadrants were taken.
They also collected freshwater samples by filtering out seawater with a standard synthetic or cloth mesh (100um to 300um) to separate the sand grains collected through sieves. Sand was collected at 5cm depth using steel rulers and small metal gardening shovels and then stored in steel buckets. The collected sand from each quadrant was then passed through 5mm and 1mm steel sieves. Items smaller than 1mm, including the sand, were discarded. A total of 20 samples (four from each beach site) were collected in glass jars for later analysis of weight and type at the Environment Chemistry Lab using guidelines from “Laboratory Methods for the Analysis of Microplastics in the Marine Environment: Recommendations for quantifying synthetic particles in waters and sediments” by NOAA (Masura et al. 2015). Any visible microplastics found were then recorded in data sheets.
Outcomes upon data analysis would enable the research team to compare their findings with a similar study conducted in 2019 titled “Occurrence and spatial distribution of microplastics in beach sediments of Cox's Bazar, Bangladesh'' (Rahman et al. 2020) in order to get a temporal snapshot of plastic and microplastic litter found on the beaches of Cox’s Bazar. The outcomes of the comparison will also help assess the impacts of unregulated commercial tourism on the coastal environment. The project aims to use social media platforms, journal publication to highlight the importance of environmentally sustainable beach management and the importance of regulating tourism through awareness and education programs.