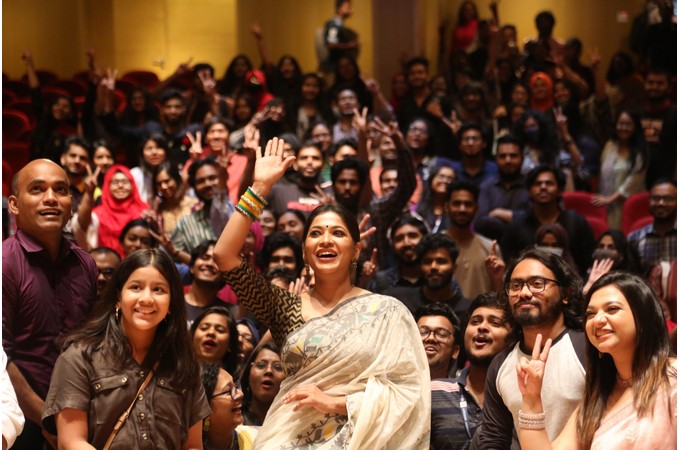 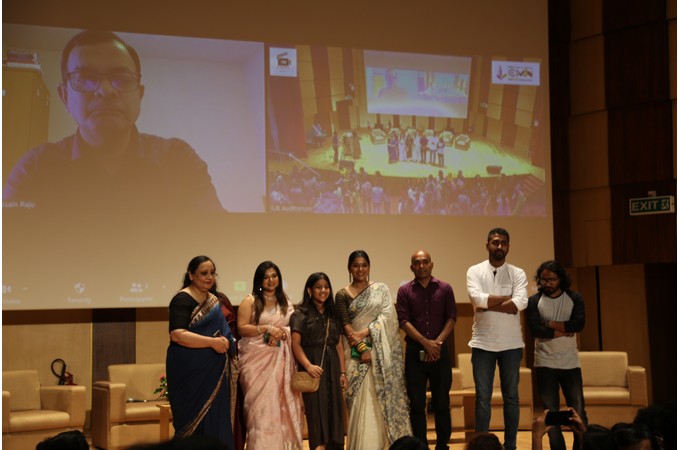 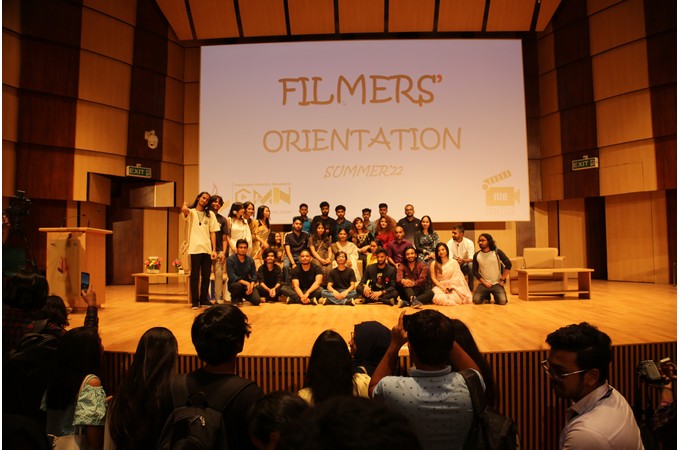 Independent University, Bangladesh (IUB) organized a special screening of the highly acclaimed Cannes’ returnee film “Rehana Maryam Noor” on June 16, 2022 at the university auditorium.
The film was screened as part of the orientation program of the IUB Film Club, in collaboration with the Department of Media and Communication.
The team of Rehana Maryam Noor comprising director Abdullah Mohammad Saad, lead actor Azmeri Haque Badhan, and producer Ehsanul Haque Babu attended the screening.
After the screening, Team Rehana Maryam Noor also took part in a lively discussion with the students and faculty members of IUB. Professor Zakir Hossain Raju, Head of IUB’s Department of Media and Communication, and Mr. Mahmud Hasan Kayesh, lecturer at the same department and advisor of the IUB Film Club, also took part in the discussion.
Azmeri Haque Badhan said the film gave her a way to reconnect with the parts of her past in a deeply emotional manner. Rehana Maryam Noor was a unique and incomparable experience because she had to display a lot of willpower to pull it off. She also said her upcoming work with renowned Indian filmmaker Vishal Bhardwaj was another unique experience.
Producer Ehsanul Haque Babu said the movie was thematically very complex. The execution depended largely on the team’s dedication, courage and the propensity to take risks.
After the panel discussion and interactive question-answer session, Professor Zakir Hossain Raju delivered a vote of thanks to the Rehana Maryam Noor team.
Earlier, the event kicked off with the welcoming of new members of the club, induction of the club’s new Board Members, interactive games and a live cultural performance.