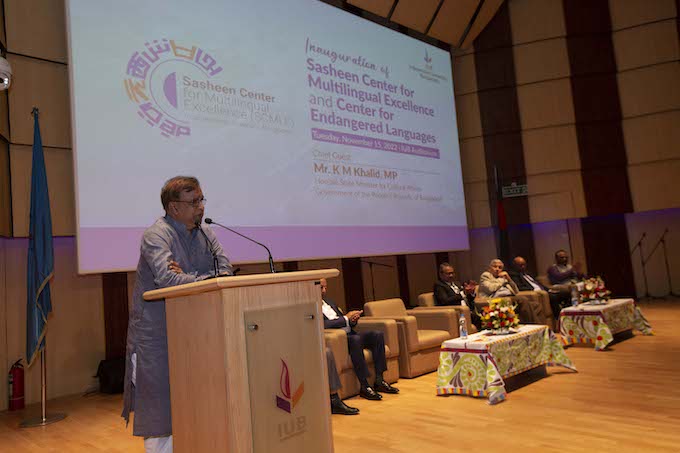 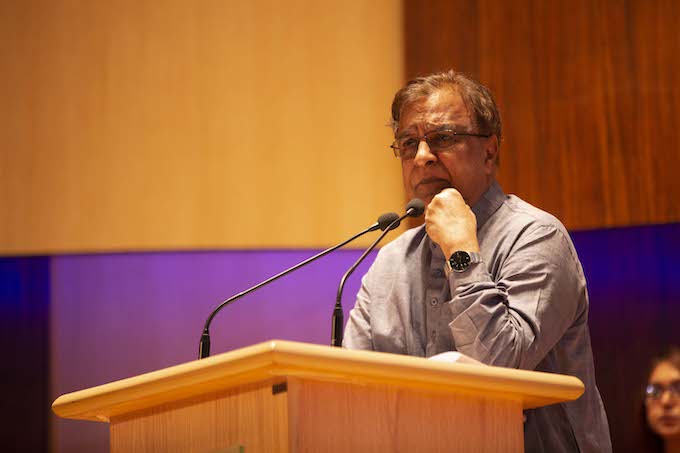 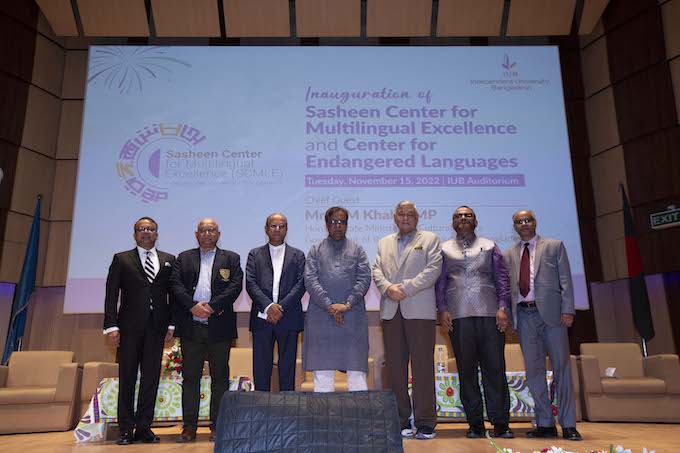 Independent University, Bangladesh (IUB) has launched the Sasheen Center for Multilingual Excellence (SCMLE) and the Center for Endangered Languages (CEL). Mr. K M Khalid, MP, State Minister for Cultural Affairs, Government of the People’s Republic of Bangladesh, inaugurated the two centers as the Chief Guest during a program held at the IUB campus in the capital’s Bashundhara R/A on Tuesday, November 15, 2022.

Mr. K M Khalid, MP, said, “The Sasheen Center for Multilingual Excellence and the Center for Endangered Languages are being established to enrich not only our mother language, but also foreign languages. Our War of Liberation began with the Language Movement. Our Father of the Nation Bangabandhu Sheikh Mujibur Rahman fought for our language. Bangladesh is a country of many languages. There are 49 small ethnic communities in the country. One of the important priorities of the Ministry of Cultural Affairs is to preserve the languages spoken by the members of the small ethnic communities. It is very important for our students to know both the local and global languages.”

In a video message, Mr. Abdul Hai Sarker, Chairman of the IUB Board of Trustees, said: “In today’s world, language is a key to becoming competitive individuals in the job market. In many Asian and European countries, the medium of instruction is their mother-tongues. Hence, learning specific globally important foreign languages will benefit our students immensely.”

IUB Vice Chancellor Professor Tanweer Hasan said, “In this globalized world, learning the languages of the emerging economies has become an essential skill. If IUB students want to keep up with the pace of the ever-changing world, they will have to rise to this challenge. As a business professor, I understand the importance of communication, the way it shapes progress. Language is how you communicate. The more languages you know, the more opportunities – economic and social – you can create. Multiple language skills give you a distinct competitive advantage in this era of fast-pace communication and digital transformation.”

Sasheen Center for Multilingual Excellence, named after IUB Trustee Didar A Hussain’s late daughter Sasheen Didar Hussain, and the Center for Endangered Languages will both be open to the general public. In addition to Bangla and English, there will be opportunities to learn Japanese, Korean, French, Mandarin, German and Arabic languages. The Center for Endangered Languages, on the other hand, will work to document and preserve the endangered languages spoken by some of the small ethnic communities in different parts of the country.