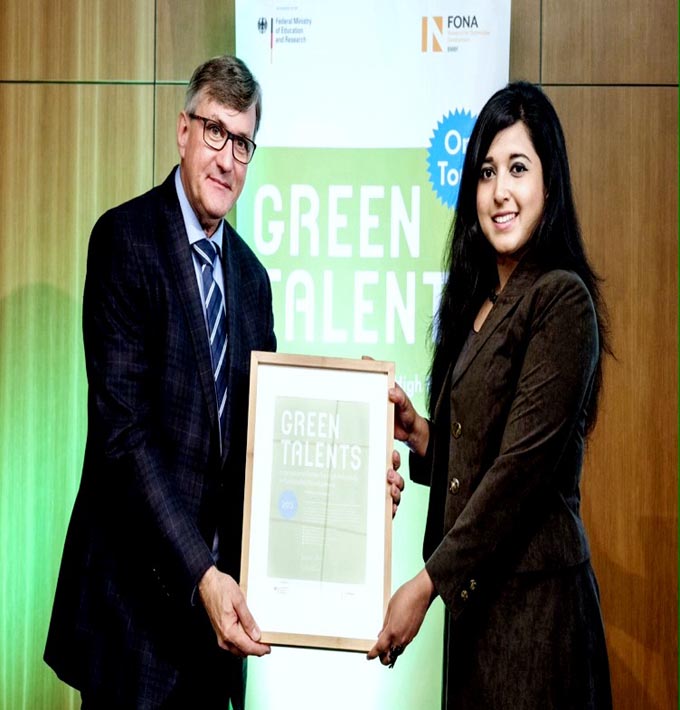 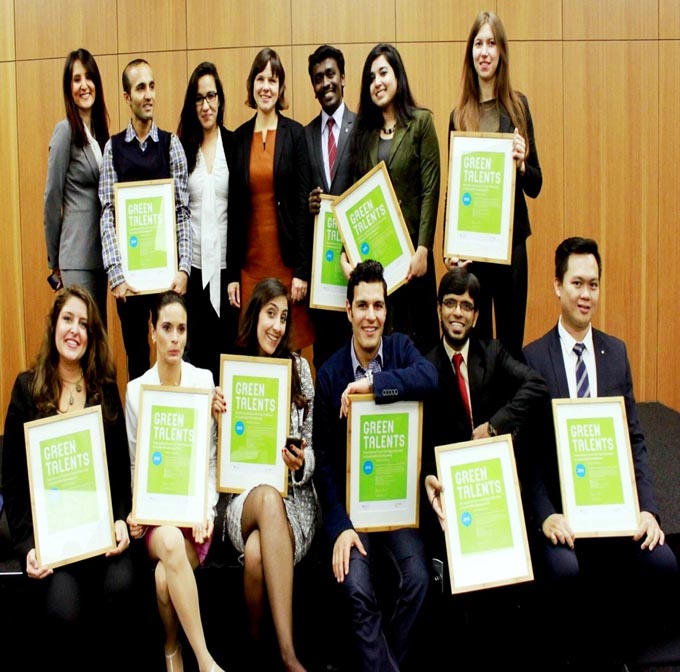 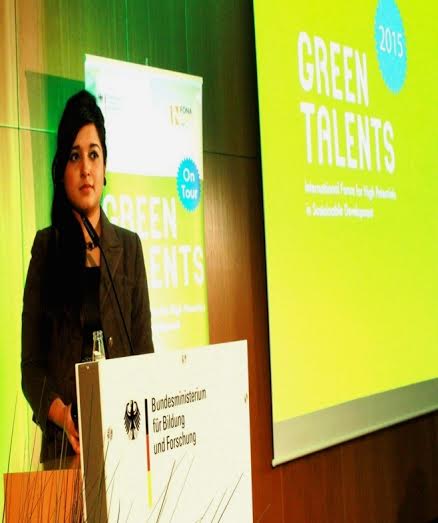 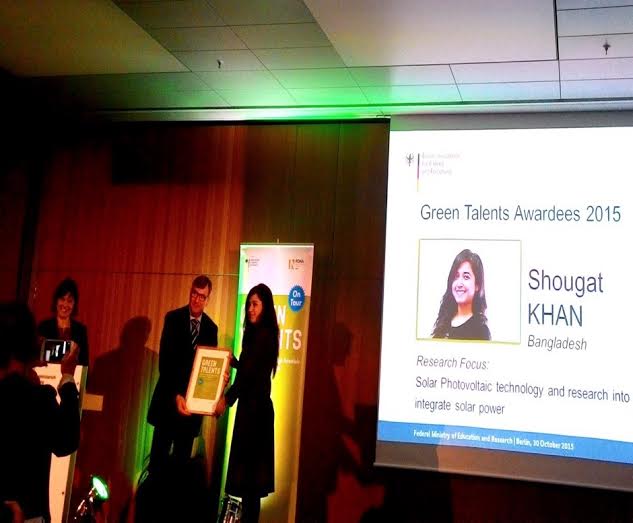 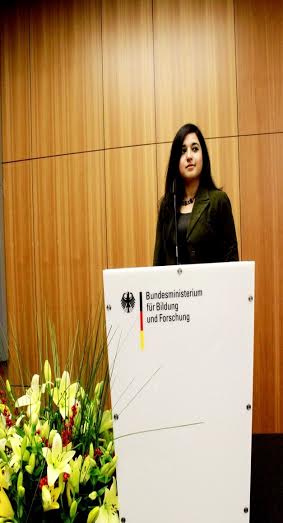 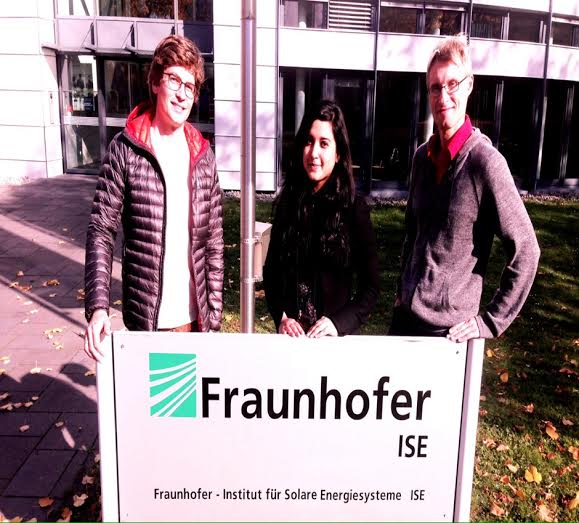 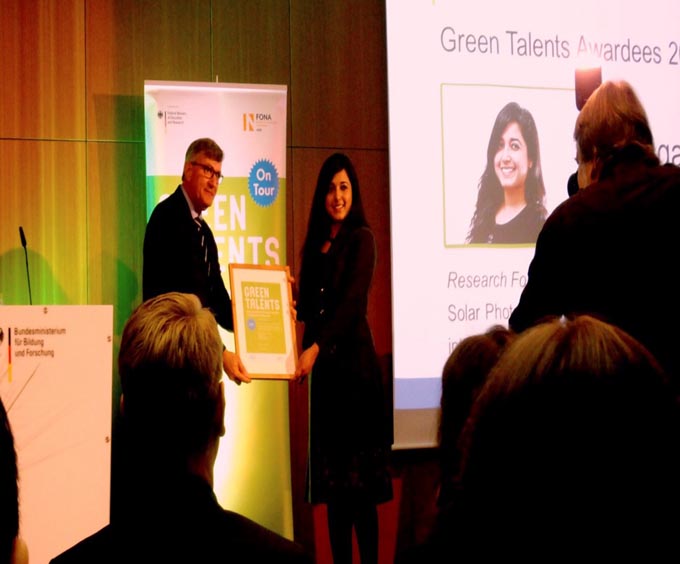 Ms. Shougat Nazbin Khan, an alumna of the Department of Electrical and Electronic Engineering of Independent University Bangladesh (IUB) won the "International Green Talent Award 2015" conferred by the Ministry of Education and Research, Germany in recognition as one of the most promising and outstanding young talents in the field of sustainable developments. Ms. Shougat is the first Bangladeshi to have won the Green Talent - International Sustainability Award. She is also the youngest scientist to achieve the Green Talent Award 2015. Concerning the sustainable development issues and focusing on the green environment, the German Federal Ministry of Education and Research (BMBF) recognizes young ambassadors of sustainable development and holds the Green Talent competition every year. A high-ranking jury of experts selected Green Talents 2015 awardees out of numerous applications received from around 100 countries. The jury sought out research projects that have the potential to answer global social challenges. This highly selective competition, under the patronage of Federal Minister Professor Johanna Wanka, annually awards the 25 most outstanding young minds worldwide to identify the most promising and high potential next generation leading scientists in the field of sustainable development. This year the 25 awardees from 22 countries around the globe were invited to come to Germany to meet the German R&D landscape & Germany´s sustainability research elite from 17th to 31st October 2015, discuss green policies, visit renowned research institutions and companies, and build long-lasting relationships with partner. The awardees were honored during a grand award ceremony held on 30th October 2015 at the Federal Ministry of Education and Research (BMBF) in Berlin, Germany. Ambassadors of winning countries, high officials of Federal Government, jury members, media and press representatives and other distinguished guests were present at the award ceremony to greet the awardees.
Ms. Shougat completed her Masters in Technology (M. Tech) in Green Energy Technology from UNESCO Madanjeet Singh School of Green Energy Technology, India with UNESCO Madanjeet Singh Fellowship award. Prior to that, she completed B.Sc. in Electrical and Electronic Engineering (EEE) from the Independent University Bangladesh (IUB) in 2011 with the highest academic award Summa Cum Laude. She has done extensive research on Hybrid Renewable Energy Systems, Grid tied & Standalone Photovoltaic Systems and Thin Film solar cells. She achieved several academic awards at national and international levels. She has working experience as a researcher at various MW scales Power Plants and research institutes. She is currently pursuing her research on Sustainable Development at the headquarters of the Institute for Global Environmental Strategies (IGES) in Japan. She will be working as visiting Scholar at the world-renowned Fraunhofer Institute for Solar Energy Systems ISE in Germany next year. With solid experience and education in prevalent teaching practices, she is skilled at developing and implementing stimulating energy projects both at home and abroad. The jury was highly impressed by Shougat’s research on sustainable energy solutions and her efforts to promote it through workshops and training programs in several countries, for which she has received international recognition. Ms. Shougat believes that the German-Bangladeshi scientific network needs to be further intensified through collaborations such as frequent study and work exchange programs.