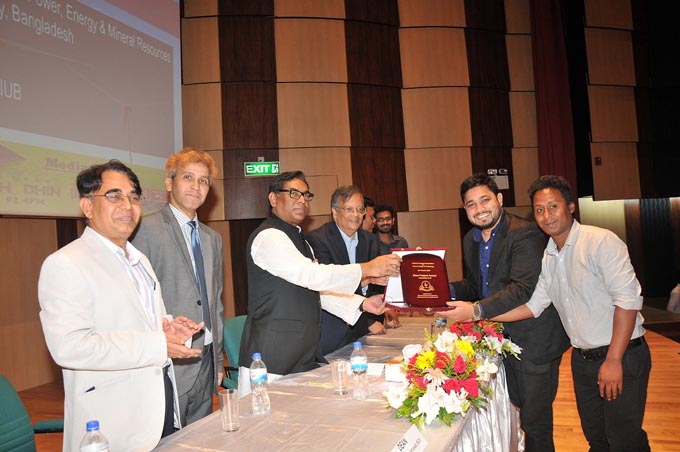 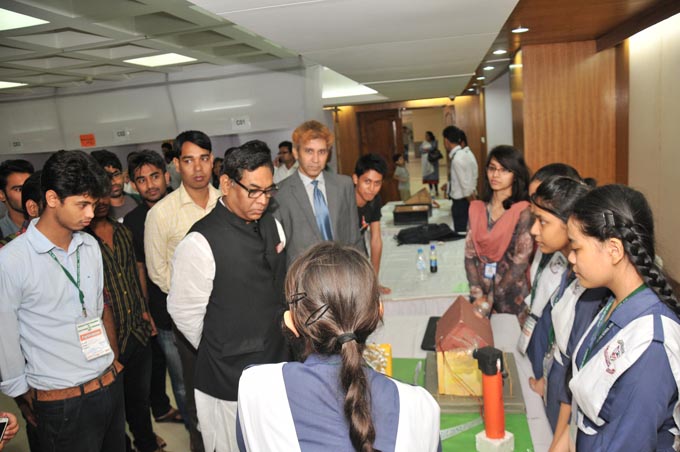 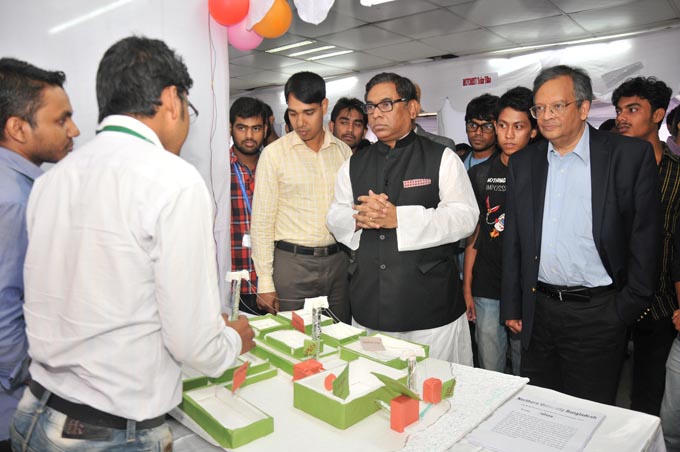 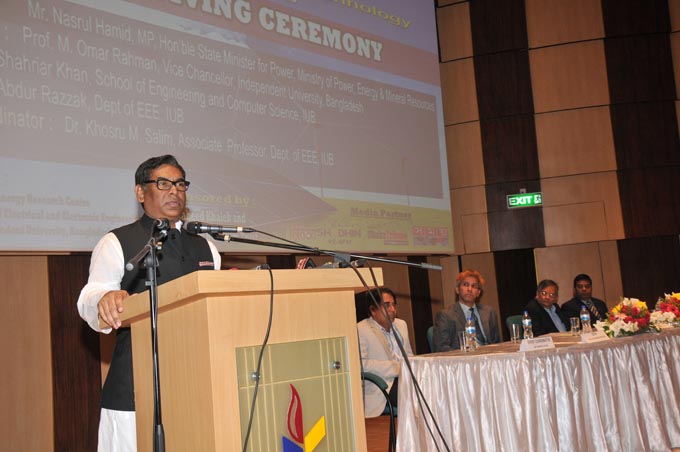 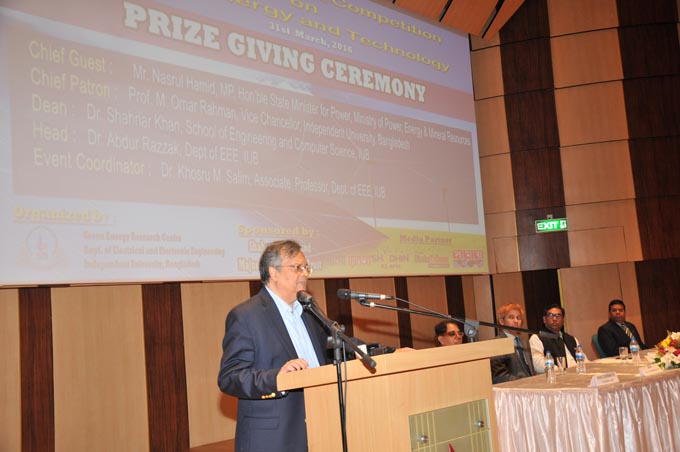 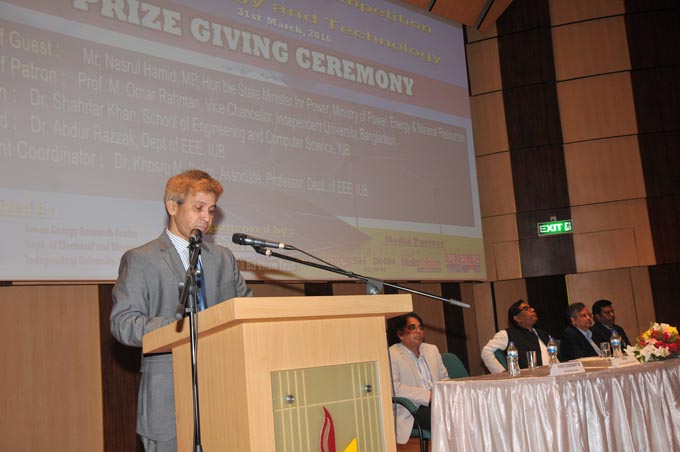 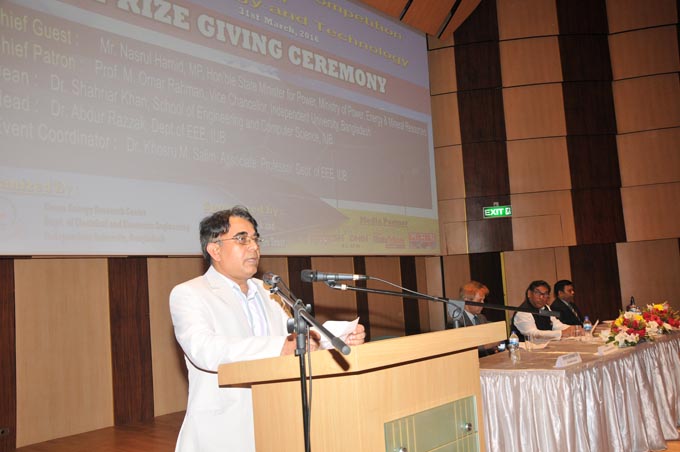 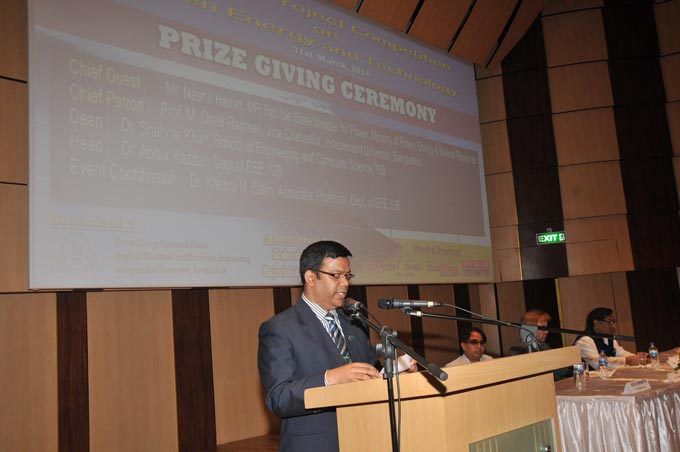 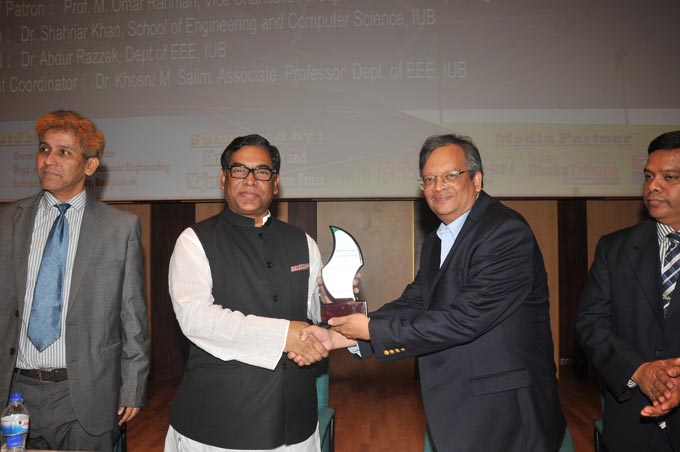 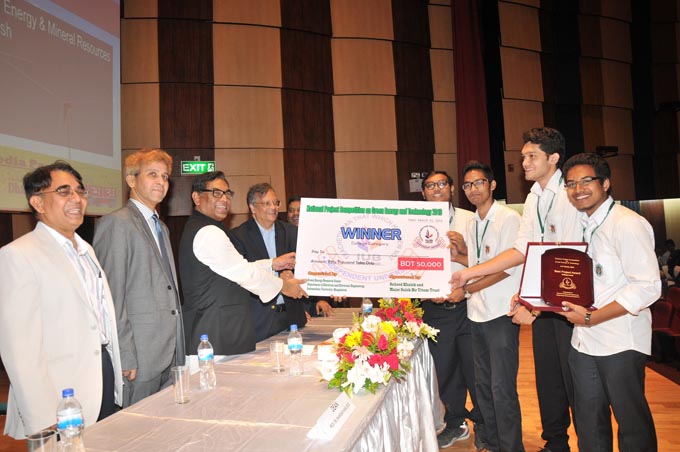 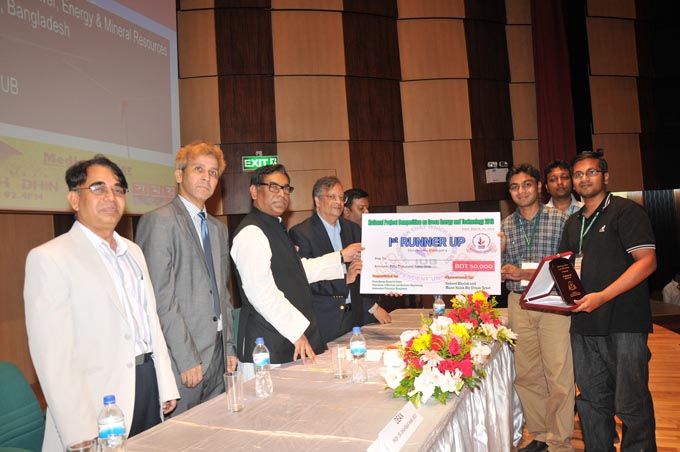 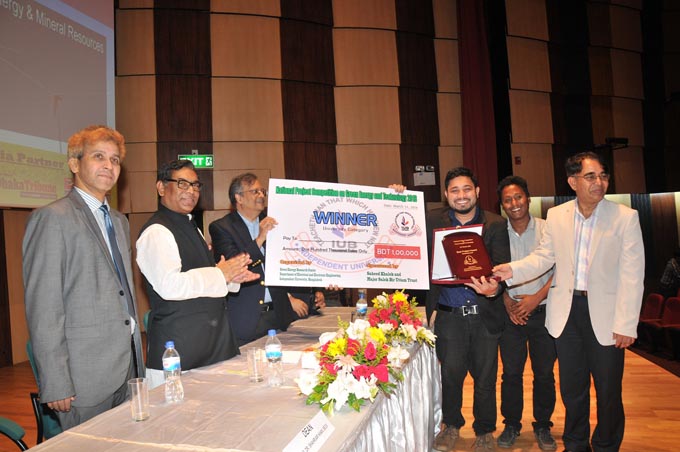 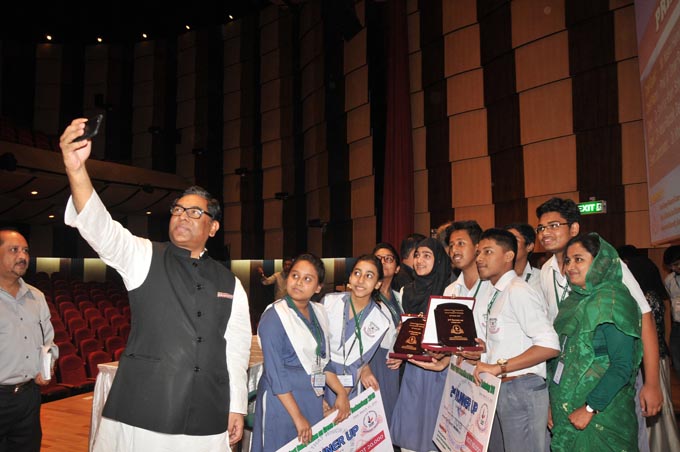 To encourage innovative ideas and provide a platform to disseminate knowledge on the technologies of renewable energy resources, the Green Energy Research Center of Electrical and Electronics Engineering department, Independent University, Bangladesh (IUB) organized a day-long competition for the school, college and university level students on Thursday, 31 March 2016 at IUB Campus in Bashundhara, Dhaka.
Mr. Nasrul Hamid, MP, Hon’ble State Minister for Power, Energy and Mineral Resources, Govt. of the People's Republic of Bangladesh attended the programme as the Chief Guest and delivered the prizes among the winners on the prize giving ceremony of the programme.Prof M Omar Rahman, Vice Chancellor of IUB also attended and spoke on the occasion.
The programme was sponsored by ShaheedKhalek and Major SalekBirUttam Trust. An amount of Tk. 2,50,000 distributed among the winners as the prize money. Out of 150 received projects, a total of 60 projects were selected for showcasing and final competition. The solar powered rice husking system project by the students of Independent University, Bangladesh (IUB) became the winner in the University category and received a cash prize of Tk. 1, 00,000 while Solar Car project of BRAC University became the runner-up and received an amount of Tk. 50,000. In school and college category, the Methane Dictator and Absorber project of Dhaka College became the winner and the renewable energy and gravity light projects of European Standard School became the 1st and 2nd Runner-up respectively.
Among others, Prof.Shahriar Khan, Dean, School of Engineering and Computer Science, IUB, Dr. M.AbdurRazzak, Head, department of Electrical and Electronics Engineering, IUB and Dr. Khosru M.Salim, Event coordinator, also spoke on the occasion.