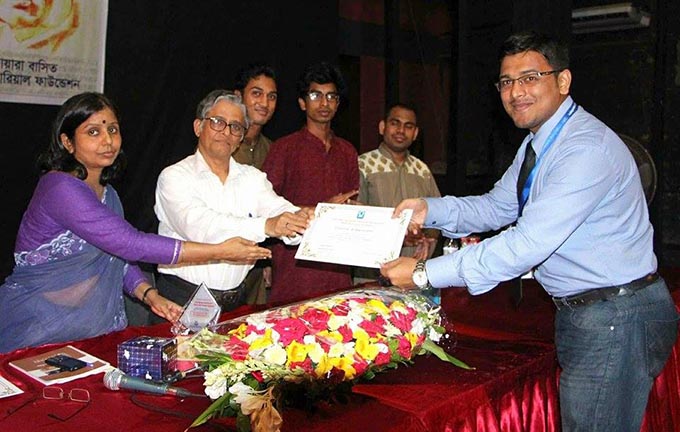 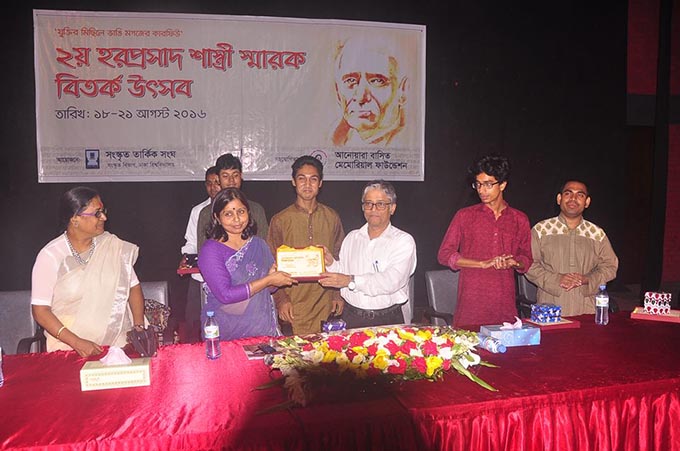 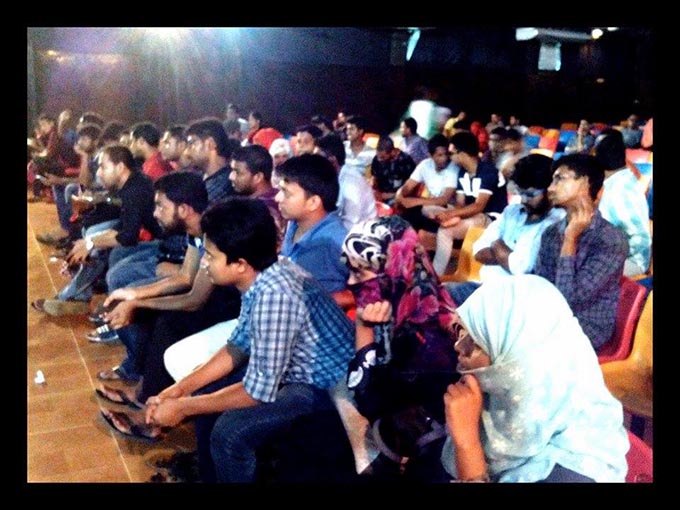 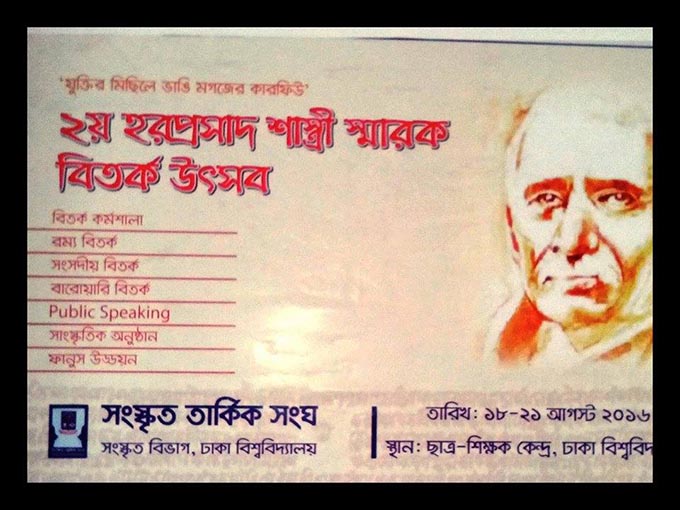 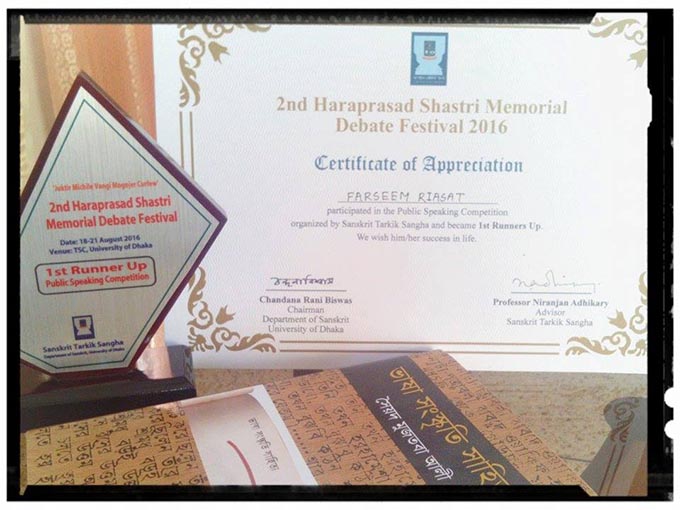 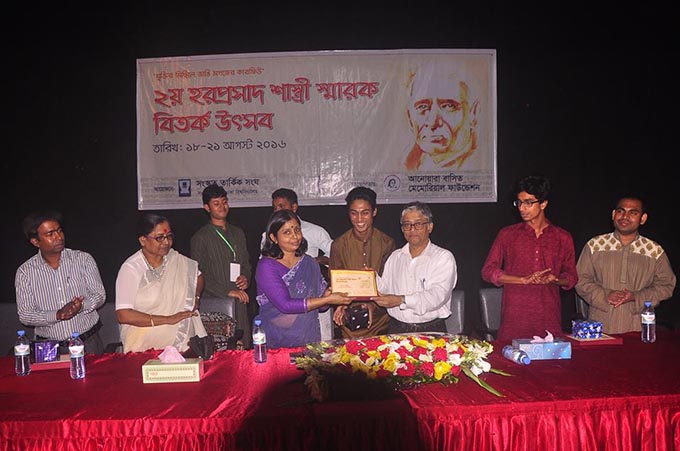 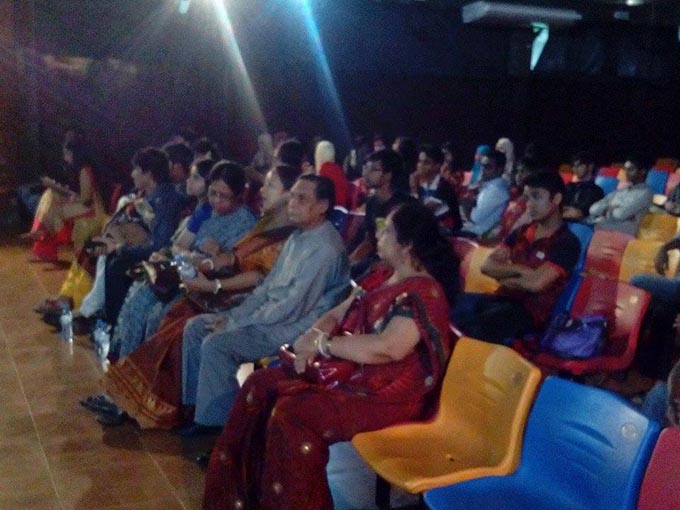 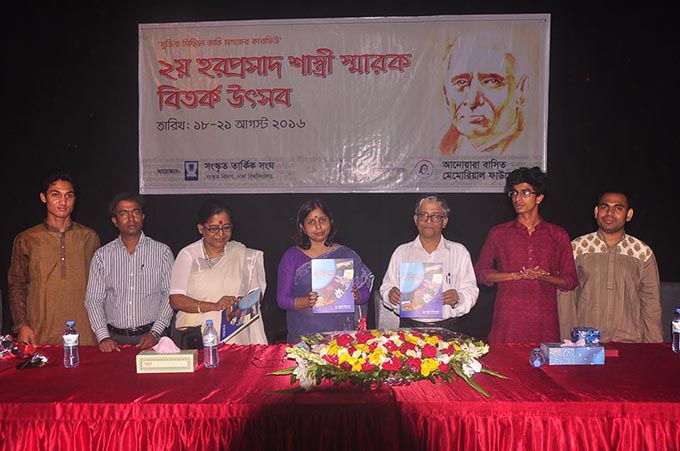 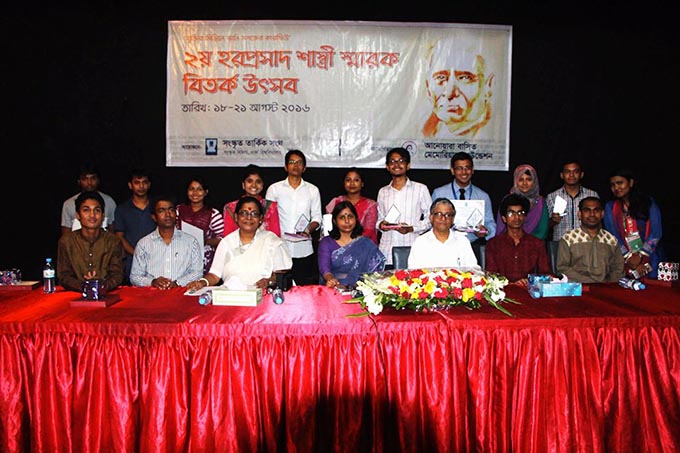 Farseem Riasat, a 2nd year student of the Department of Electrical and Electronic Engineering (EEE) of Independent University Bangladesh (IUB) won the 1st Runner up Best Speaker Award in the English Public Speaking Competitions among 50 competitors in the “2nd Haraprasad Shahsri Memorial Debate Fest 2016” organized by Sanskrit Language Department of Dhaka University. This debate festival was organized in the memory of Haraprasad Shastri, an Indian academic and also Sanskrit scholar of Bengali literature who is known as the founder of Charyapada, the earliest known examples of Bengali literature. The whole competition was organized by Sanskrit Language Debate Club of the Sanskrit Language Department of Dhaka University from 18-21 August, 2016.
The Final debate and English Public Speaking Competition along with the prize giving ceremony were held at the TSC auditorium on 21 August, 2016. A total of 50 competitors from 8 of the country’s prestigious educational institutions took part in this Debate fest. IUB scored the 2nd position by leaving behind the competitors from well-known universities such as Dhaka University, BUET, Jahangirnagar University, Jagannath University, BUBT, BUTEXand so on. Professor Dr. Md. Akhtaruzzaman, Administrative Pro Vice-Chancellor of Dhaka University was the chief guest in the prize giving ceremony.