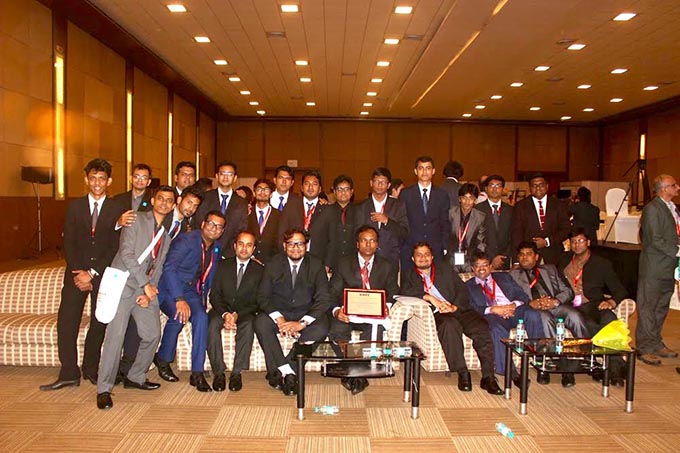 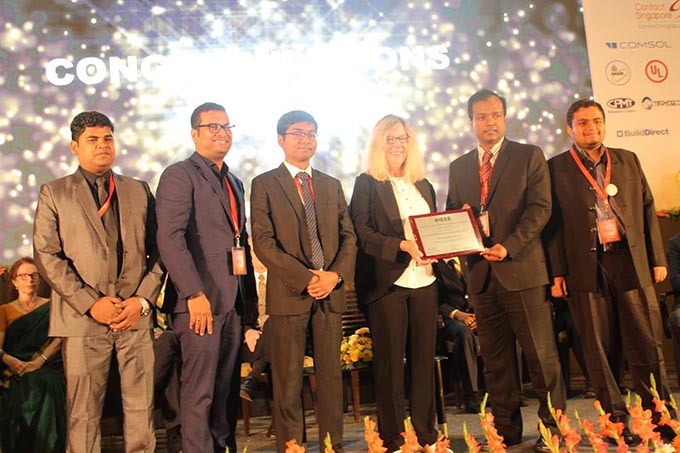 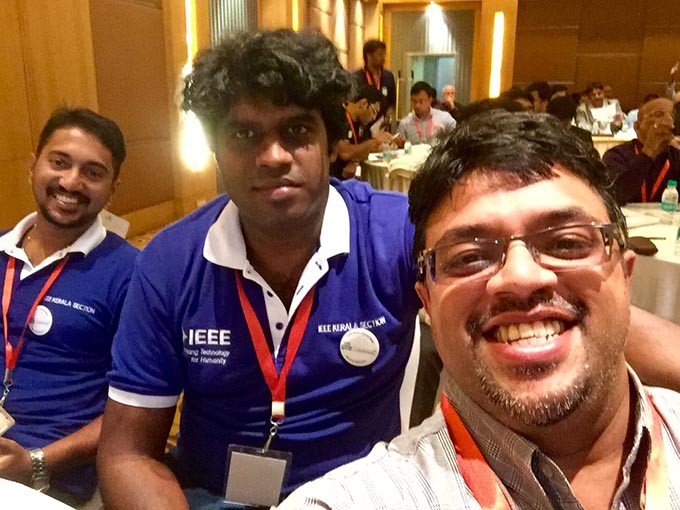 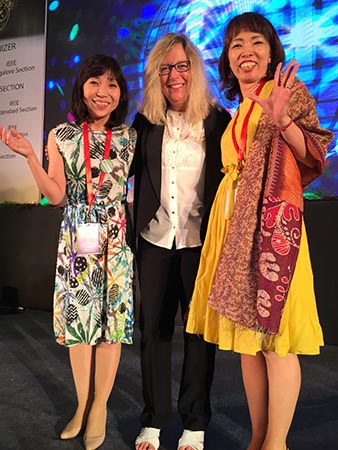 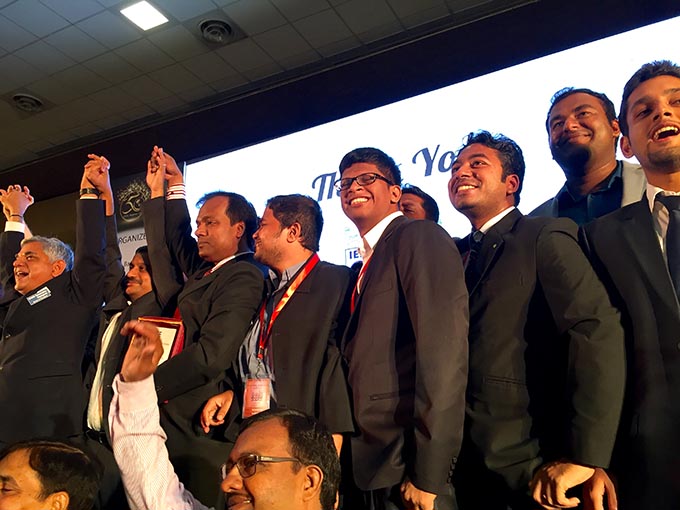 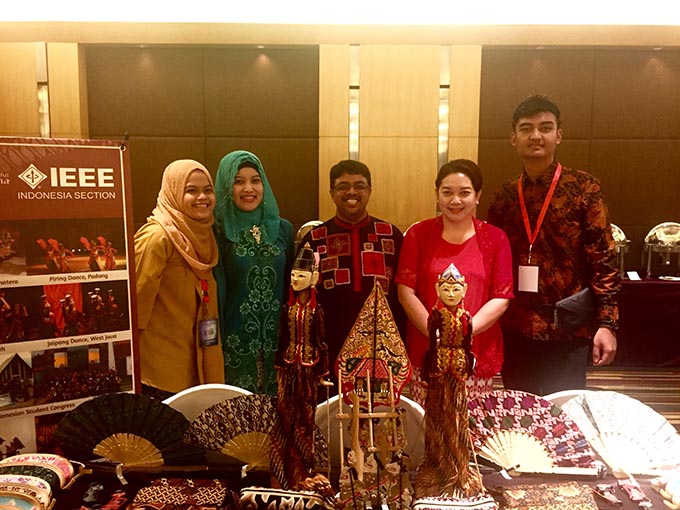 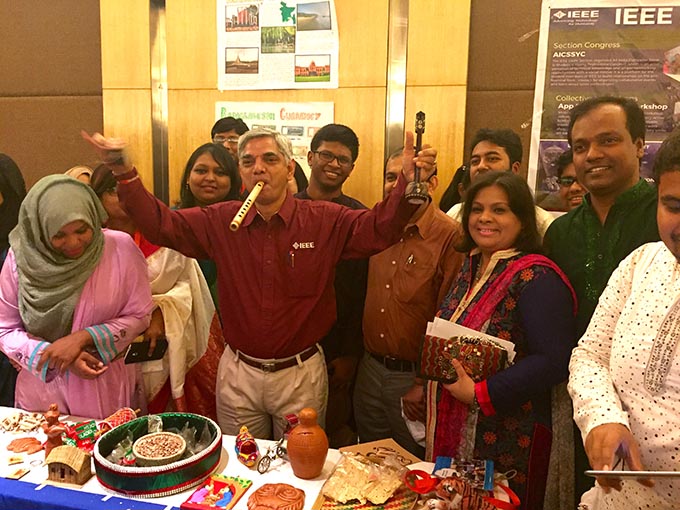 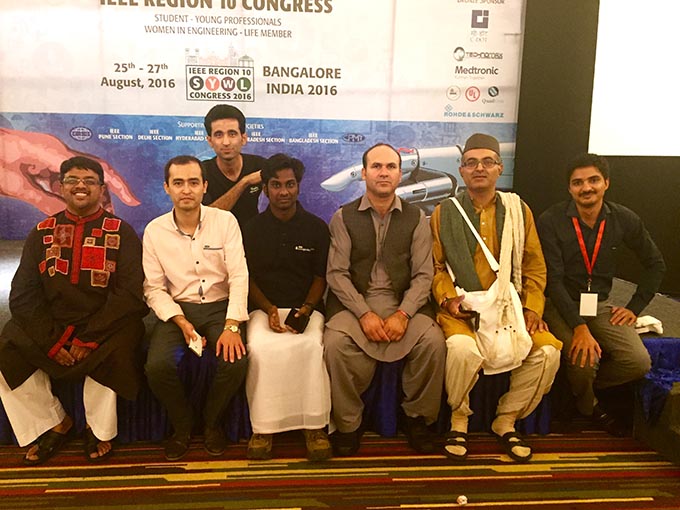 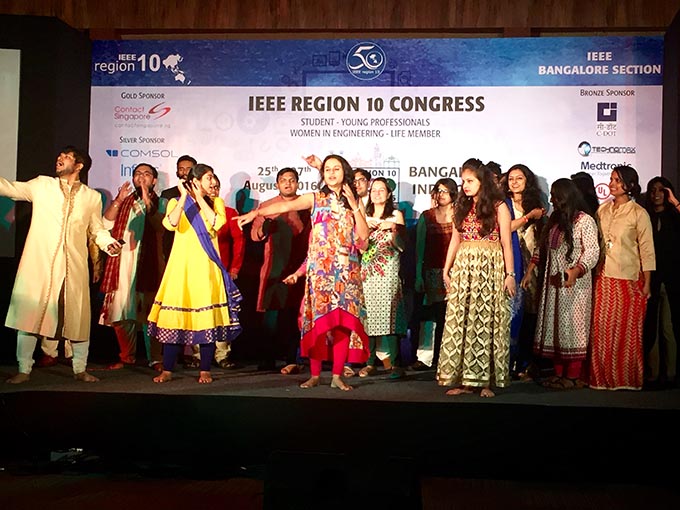 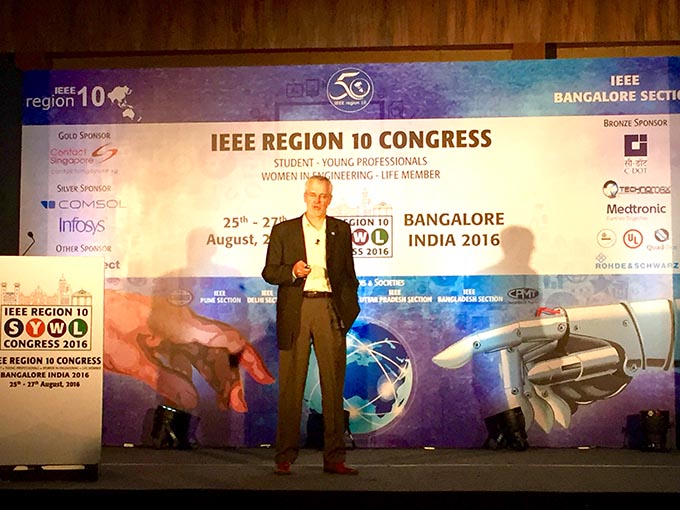 Dr. Mustafa Habib Chowdhury, Assistant Professor of EEE department at IUB and the Counselor of IEEE IUB Student Branch attended the IEEE Region 10 Student, Young Professionals, Women in Engineering, Life Member Congress (SWYLM 2016) held at the Hotel Lalit Ashok in Bangalore India from August 25th-27th, 2016. The 50 year celebrations of IEEE R10 actually started on August 24th, 2016 in Bangalore, India with an inaugural Summit, themed “Technology – Global Change Agent”. The IEEE R10 Congress is part of a set of year-long events that will culminate with the IEEE Sections Congress 2017 at Sydney, Australia.
On 25th August, the Region 10 Congress started off by a welcome address given by Ravikiran Annaswamy, Chair of IEEE R10 SYWL Congress and remarks by IEEE R10 Director Ramakrishna Kappagantu. Some important technical talks included topics like “Big Data Analytics”, “5G Networks”, and “Advances in Biomedical Engineering”. The event then split into three parallel breakout sessions for Students (S), Young Professionals (YP) and Women in Engineering (WIE). The keynote speaker in the WIE session was Karen Bartleson, who is the 2016 IEEE President-elect and 2017 IEEE President, who spoke about empowering opportunities for women in science, technology, engineering and mathematics (STEM) through development of lifetime skills. Other keynote speakers included Takato Hashimoto, International WIE Chair, among others. The first day of the Congress ended with the awards night where the IEEE Bangladesh Section Ex-Com members received the IEEE R10 Outstanding Humanitarian Activity Award from Karen Bartleson, 2016 President-Elect at IEEE.
On August 26th the events also followed a similar format with three parallel breakout sessions where the keynote speaker included Janina Mazierska, Fellow of IEEE and Past IEEE Region 10 Director. There was also an exciting WIE Panel Discussion and Interactive Session with WIE delegates discussing the role of WIE in technical activities focusing on emerging trends in STEM research. The day also included technical talks on the COMSOL Multi-physics software that can used to simulate mechanical and electromagnetic physical systems. The day ended with the Cultural Night country theme where the delegates from each section manned a booth displaying artifacts, foods, sweets, clothes, handicrafts and other artisan products from their part of the world. Additionally, the delegates of the cultural night were also requested to attire in their native dress. The cultural night ended with the cultural event where the different sections performed music and dance performances from their part of the world.
The events of August 27th were a half day event that dealt with important topics such as IEEE CollabraTecTM, which is a powerful research, collaboration and professional networking platform offered to members, researchers, authors and volunteers. Other talk included topics like the sharing of experiences from IEEE Lifetime members such as Dr. R. Manick Vasagam. The Congress ended with detailing the roadmap and plans for the IEEE R10 50 Year Celebration (2016-2017), valedictory function and closure of Congress.