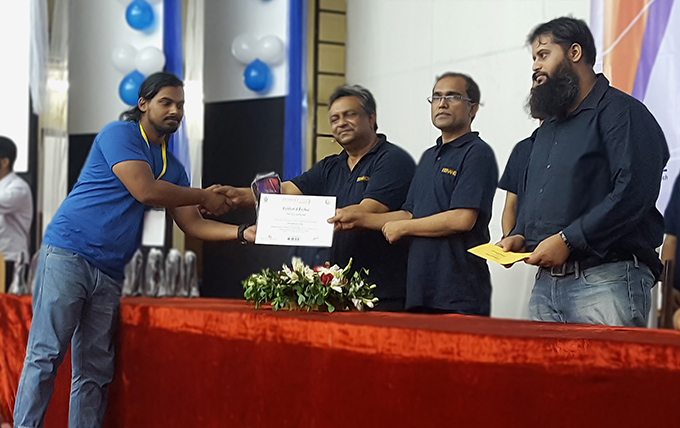 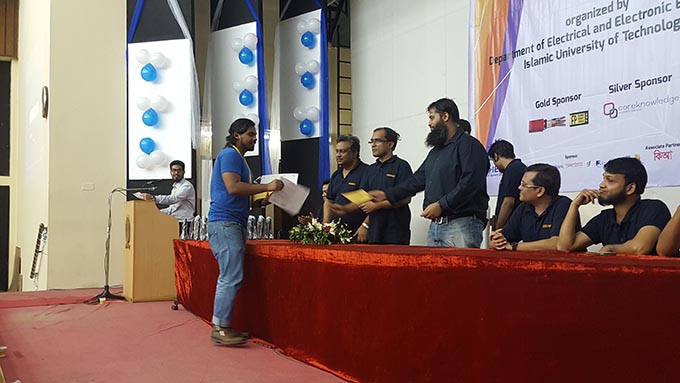 Summit Sayem, a student from the Electrical & Electronic Engineering (EEE) Department of Independent University, Bangladesh (IUB) won the 1st prize in Quiz Competition at the inter-university competition Esonance 2016 held at Islamic University of Technology (IUT) on 2nd September 2016. More than 700 students from various institutions across Bangladesh including BUET, DU, BRACU, AIUB, EWU, AUST, RUET and IUT participated in the daylong event.
About 150 contestants from different universities took part in Quiz competition which was a written elimination round. Participants of this event demonstrated their commendable skills and profound engineering knowledge. Topics covered were from Electrical and Electronics, Computer Science, ICT, Mathematics, Physics, General Science, General Knowledge and IQ. Top 8 scorers were selected for the final round in order to be designated as the Champion, 1st runner up and 2nd runner up in the competition. From among the 8 finalists, Mr. Summit (IUB) scored the highest points and became champion by beating contestants from BUET, IUT and MIST.
Summit Sayem also grabbed the 2nd runner-up title in MATLAB Coding Challenge held at the same event. From more than 20 participants from different universities in MATLAB Coding Challenge, Summit Sayem from the EEE Department of Independent University, Bangladesh secured 2nd runner up position. Competitors were assigned a number of MATLAB problems to be solved in a fixed amount of time, which demanded intense programming skills and sharp logical thinking. Top three scorers were designated as the Champion, 1st runner up and 2nd runner up in the competition.
Two teams from IUB also demonstrated excellent performance and fierce competition in RoboRace and Project Showcasing events.​