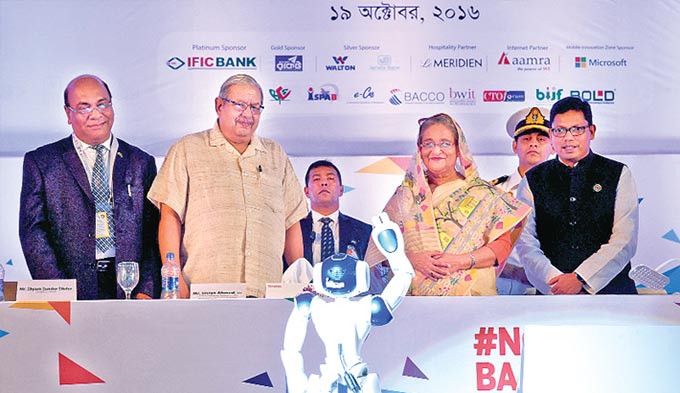 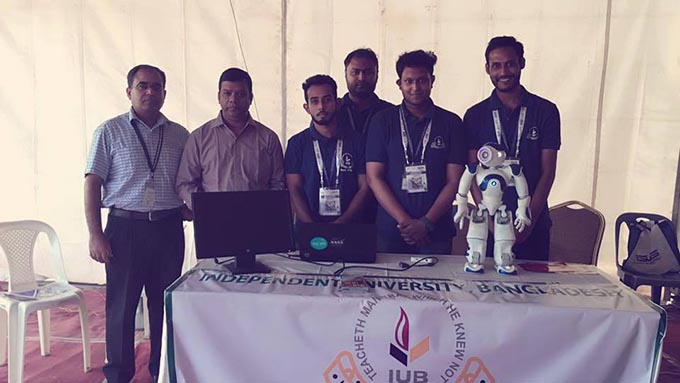 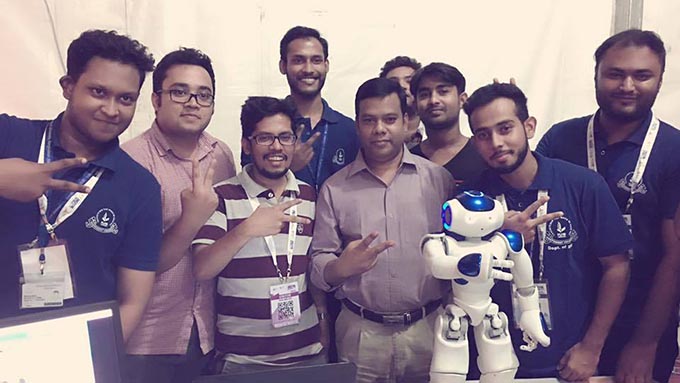 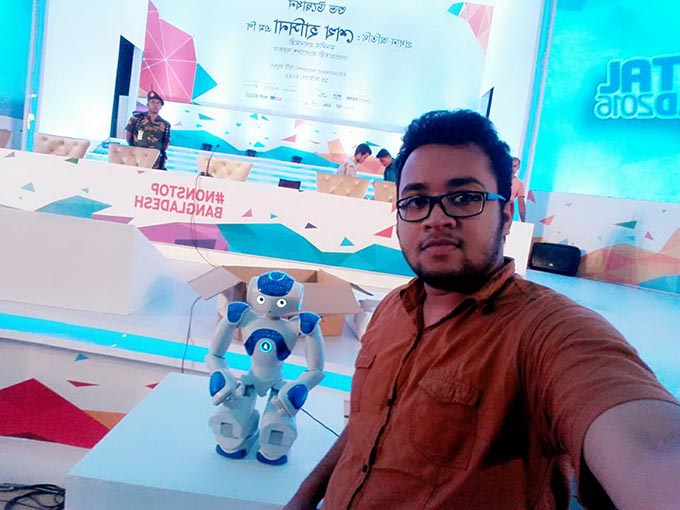 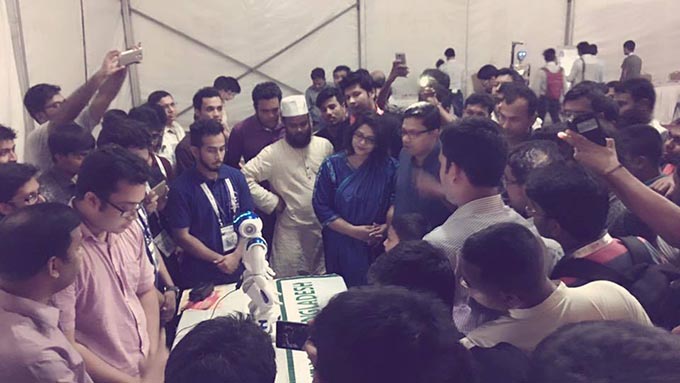 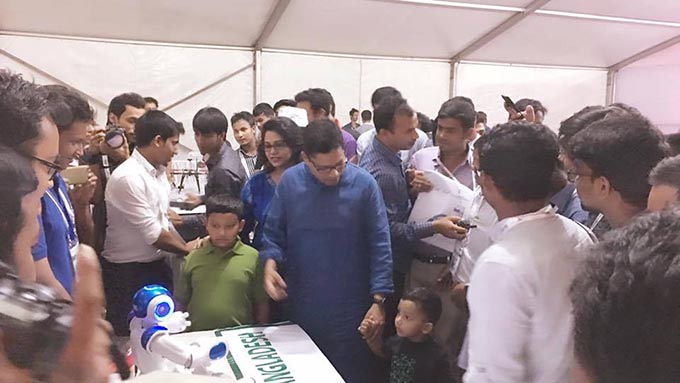 During the recent (19-21 October, 2016) "Digital World 2016" Fair, IUB was invited by the event organizers to participate and demonstrate NAO robot to the visitors. On this occasion, this robot cordially requested the Honorable Prime Minister Sheikh Hasina to inaugurate the "Digital World 2016" Fair. Subsequently, thousands of visitors, including Mr. Zunaid Ahmed Palak, MP, State Minister for ICT, witnessed various activities performed by NAO robot at IUB stall.
NAO, an autonomous programmable humanoid robot developed by Aldebaran Robotics, France was first brought to this country by Independent University, Bangladesh (IUB) in 2015. This robot was initially released to institutions in 2008 with the purpose of research and education. Later on, it was made publicly available in 2011. Presently, NAO robots are being used for research and education by famous academic institutions in various parts of the world.
The Department of Electrical and Electronic Engineering (EEE) of Independent University, Bangladesh (IUB), by virtue of acquiring a NAO robot, has joined the NAO Project with a predominant focus on researching and developing the platform of NAO robot and promoting interests on robotics programming in Bangladesh. IUB and Bangladesh are now part of the global community of institutions stimulating research on the NAO platform that is inter-connected by the cloud server of Aldebaran.
EEE students of IUB are currently engaged on robotic researches using the powerful NAO platform to improve the human-robot interactions.