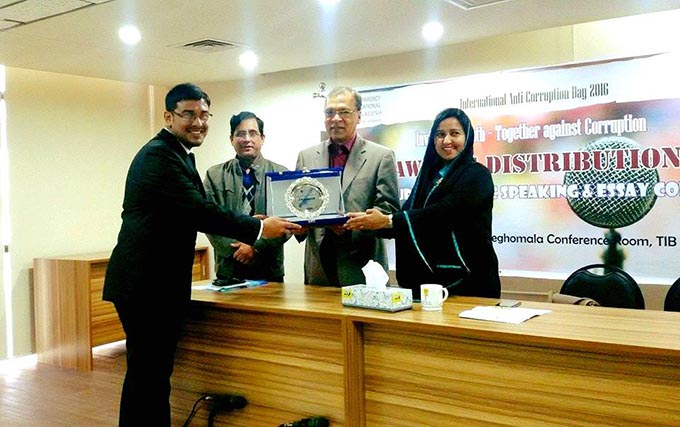 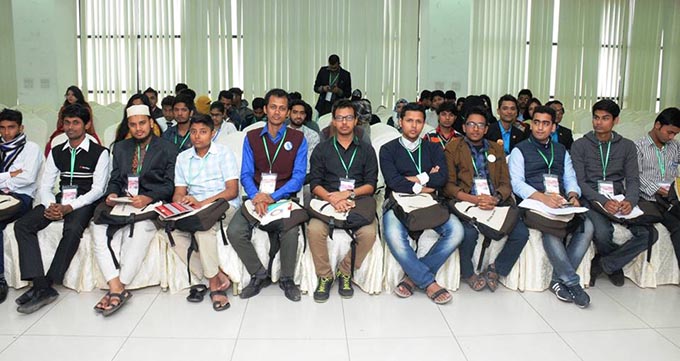 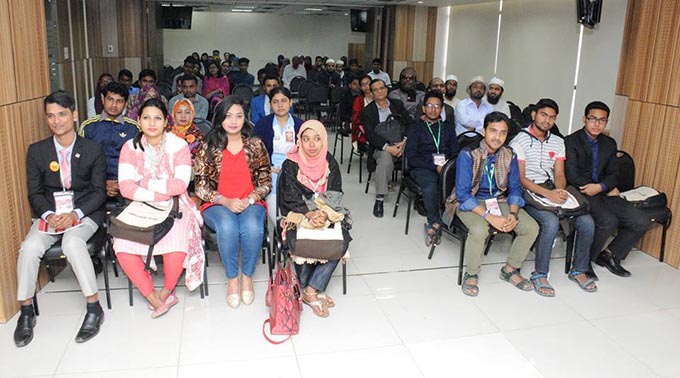 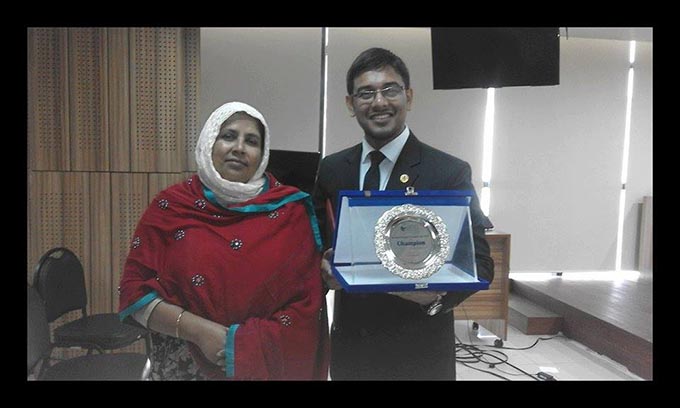 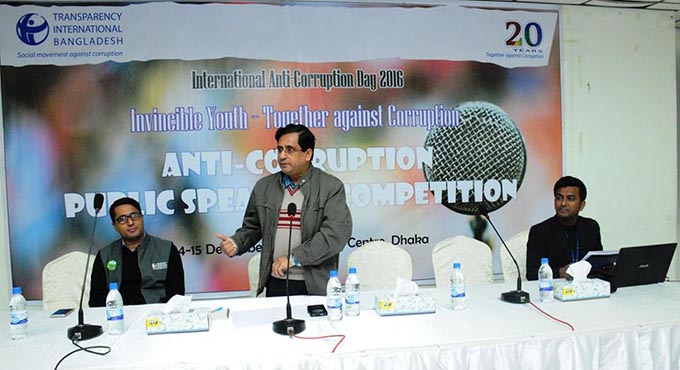 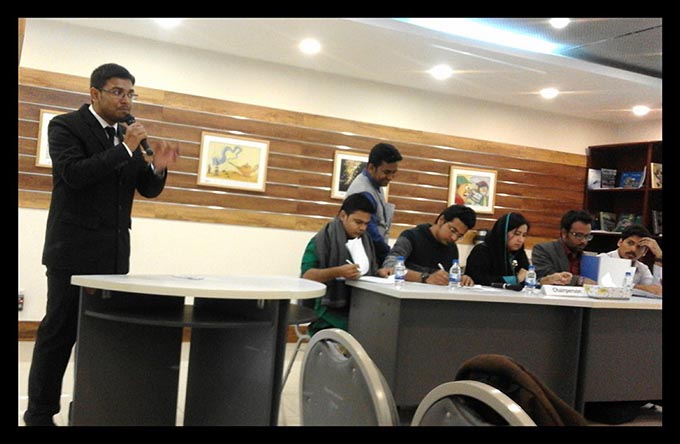 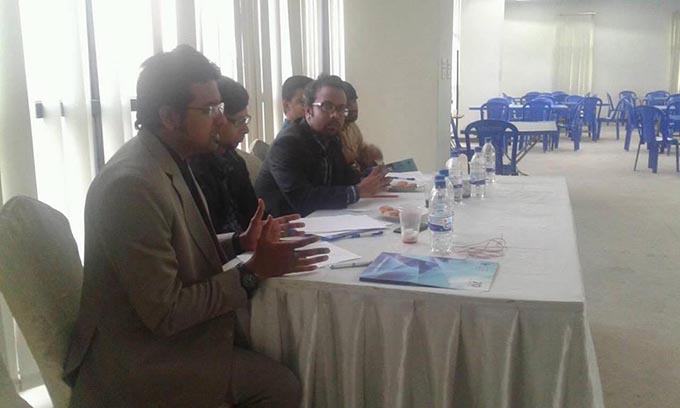 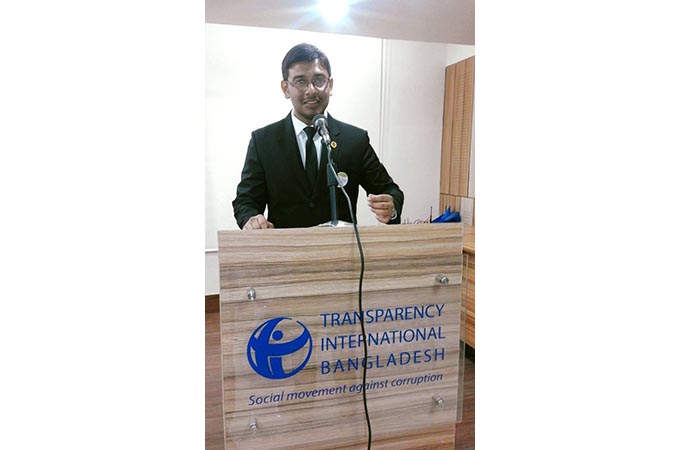 Farseem Riasat, a 2nd year student of the Department of Electrical and Electronic Engineering (EEE) of Independent University Bangladesh (IUB) has secured the 1st position at the TIB Anti-Corruption National Public Speaking Competition 2016 in English organized by Transparency International Bangladesh (TIB). This competition was organized during 14-15 December, 2016 on the occasion of International Anti-Corruption Day. The competition was organized in two sectors. One was in English language and another was in Bengali. More than 200 students from 55 prestigious educational institutions took part in this competition.
The competition was divided into three rounds. In every round, Farseem Riasat had become champion. Topics were given randomly on the themes based on Corruption, Violence against women, Education System, Youth Empowerment, Sustainable Development Goals and Human Rights in Bangladesh. Farseem Riasat from IUB scored the 1st position by leaving behind the competitors from well-known universities such as Dhaka University, BUET, Jahangirnagar University, Jagannath University, BUBT, Green University, Begum Rokeya University, BUP, Chittagong University, NSU, EWU, BUTEX and many others reputed universities of Bangladesh. Dr. Iftekharuzzaman, Executive Director of Transparency International Bangladesh (TIB) , was present as the chief guest in the prize giving ceremony.