Prof. Milan Pagon appointed as the Pro-Vice Chancellor of IUB 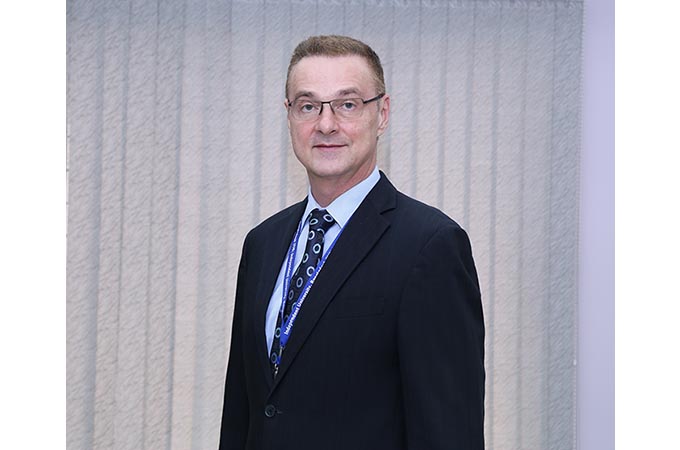 On February 27, 2017, the Honorable President of the People’s Republic of Bangladesh and the Chancellor of Independent University, Bangladesh (IUB) Mr. Md. Abdul Hamid has appointed Prof. Milan Pagon as a Pro-Vice Chancellor of the Independent University, Bangladesh (IUB) for a period of four years.
Prof. Pagon was appointed to the rank of Full Professor of Organization and Management at the University of Maribor, Slovenia in 2002. He had also held an appointment as Adjunct Professor at the Department of Management and Organizations, Henry B. Tippie College of Business, University of Iowa. Dr. Pagon holds a Sc.D. in Organizational Sciences (Human Resource Management) from the University of Maribor, Slovenia, and a Ph.D. in Business Administration (Management/ Organizational Behavior) from the University of Arkansas, Fayetteville, USA. Prior to his arrival to Bangladesh, Professor Pagon spent four years as a Professor in Dubai, UAE, first at Al Ghurair University, and then at Zayed University. Earlier, he was Academic Director of the CIU Campus at the University of Iowa – CIMBA Italy. He also spent a year as Visiting Professor at the Middle East Technical University, Northern Cyprus Campus. For many years, he had worked at the University of Maribor, Slovenia, where he served as Dean of the Faculty of Criminal Justice and Security, and as Dean of the Faculty of Organizational Sciences. Prior to his academic career, he worked in the Slovenian public administration. Among other positions, he was also an Advisor to the Government. In addition, he was Assistant Director of the Personnel Agency of Slovenia and Human Resource Manager at a chemical company.
Dr. Pagon was a Fulbright Scholar to the University of Arkansas, Fayetteville (1990-1994). During the summer sessions of 1996 to 1999, he was Visiting Professor at the University of Arkansas. He was voted “Professor of the Year” at the Faculty of Organizational Sciences, University of Maribor in two consecutive years (2001, 2002). Professor Pagon is Associate Editor of the International Journal of Police Science and Management and a member of the editorial boards of Stress and Health and NeuroLeadership Journal, among others. He is the author and coauthor of several book chapters and numerous scholarly articles in many different journals including the Academy of Management Journal, Journal of International Business Studies, Journal of Organizational Behavior, Organizational Behavior and Human Decision Processes, Personnel Psychology, Stress and Health, and Applied Psychology: An International Review. Google Scholar records over 3000 citations to his works.