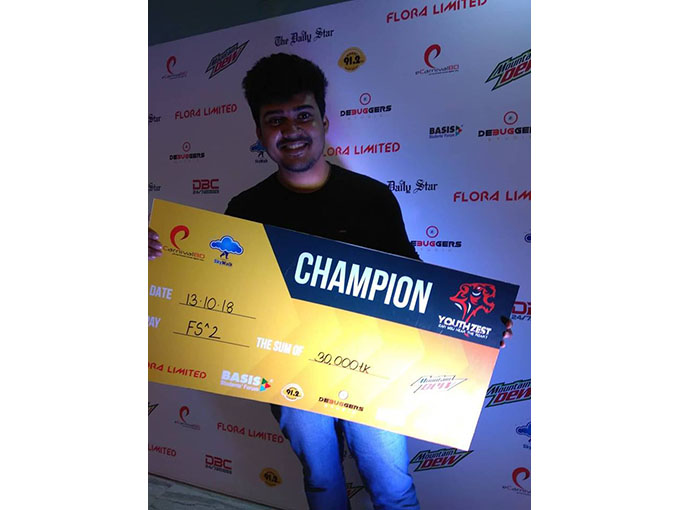 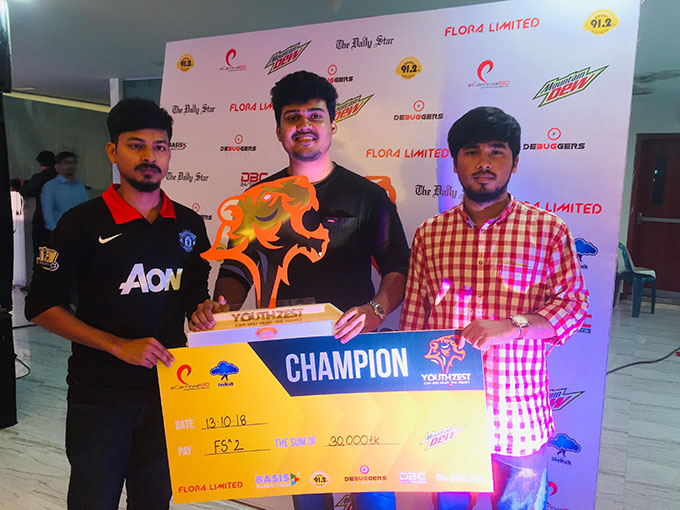 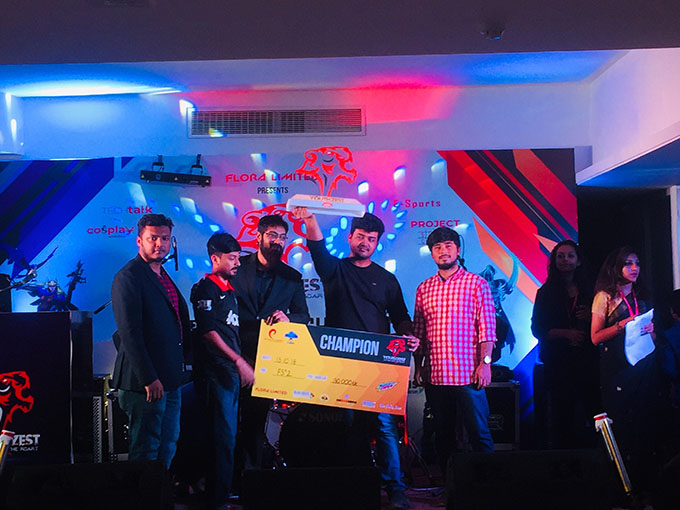 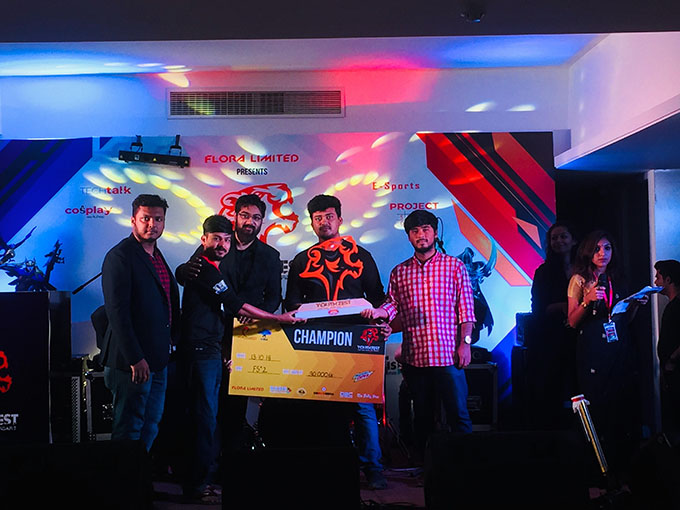 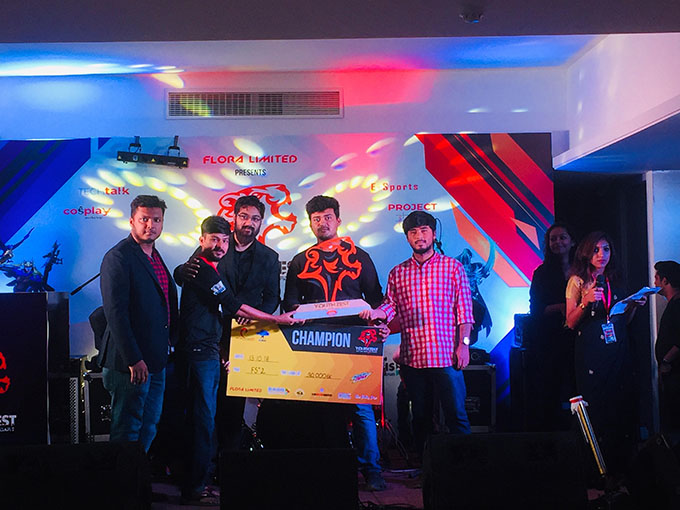 Youth Zest 2018, one of the biggest tech events in 2018 targeted for the youth of Bangladesh, was organized by Youth Zest, a joint venture of eCarnivalBD & SkyWalk, was held on 09-13th Oct at D R TOWER, Purana Paltan, Dhaka. Youth Zest is a brand new concept of a platform that aims to provide younger generations of Bangladesh with alternative, innovative and exciting paths in tech, business, arts and competitive eSports to follow and ultimately help them enter the hi-tech international atmosphere through computer literacy and lead in the world stage. There were different segments for competitions in this mega event such as e-Sports, LFR, Project Showcase, PC Modding, Debate, Cosplay as well as workshops, seminars, tech talk, etc. The total prize money pool was around 763K BDT. The event was sponsored by Flora Ltd, DBC News, The Daily Star and Radio Dhoni as technology partner, TV media partner, print media partner and radio partner respectively.
A total of 15 teams from different colleges and universities registered for project showcasing competition which was held on 12th October. 2018. A 3-member team named FS^2 from the EEE department of IUB led by Mr. Fahim Bhuiyan along with Md. Ahsan-Ul Kabir Shawon and Nazmus Sakib successfully demonstrated their project which was able to attract the attention of a large group of audience. The project title was “Electrooculography (EOG) Controlled Electric Wheelchair”. EOG is a technique for measuring the corneo-retinal standing potential that exists between the front and the back of the human eye. The project aims for those physically challenged people who are suffering from Quadriplegia or Quadriparesis in order for them to be able to control the movement of an in-house built (IUB) custom electric wheel chair using his/her eye movements while sitting in the wheel chair. The whole system was designed, developed and implemented at the lab of EEE Dept. of IUB under the guidance of Prof. Dr. Khosru M Salim, Head of Dept. of EEE and Dr. Md. Kafiul Islam, Asst. Prof., Dept. of EEE, with locally available resources and with relatively much lower cost compared to the commercially available electric wheelchairs. Attractive prizes were awarded to the Champion, First runner up and Second runner up team during the Prize Giving Ceremony held on 13th October. Team FS^2 finally grabbed the First Place in Project Showcase among the 15 teams in Project Showcasing with the Prize Money of 30,000 BDT.